The environmental crusader wants a discussion about alternatives.

It’s two days after the final siren has sounded for the Quiksilver Pro and David Rastovich has just lead a paddle out at Snapper Rocks to raise awareness about the marine environment in the Coolangatta area. Rasta turns and points to the section of water beyond Snapper where, as if to demonstrate his point, the shark net contractor is now attending to one of the drum lines.

“80 yards out there, there are whales and dolphins and turtles and sharks swimming by and potentially risking being hooked on these totally indiscriminate drum lines… That was really cool to give people a perspective of what’s going on below the surface.”

Rasta has taken issue with the use of baited drum lines and nets on the Gold Coast because he believes they are ineffective and negatively impact a range of different species. Standing on the beach while flanked by a group of fluoro-clad surfing demonstrators, he rattles off a series of statistics to support his argument.

“In Queensland the shark control program started in 1962. As a result 78 000 marine species that we know of have been killed. 5000 of those were turtles including endangered Loggerheads and Hawksbills and 1000 plus dolphins in the nets and lines. Something like 49 000 sharks, of which most are not in any way a threat to humans and are often endangered­­ – like Grey Nurse and Hammerheads. Then you’ve got rays, one human and they’ve had a dugong and 120 whales.

Rasta argues that the shark nets and drum lines have proved to be far from effective as shark prevention devices. “30 of the incidents involving sharks and humans on the Australian coast have occurred at so-called protected beaches … They’re there (the nets) but they’re still not protecting humans from an incident with a shark. If they did then none of those beaches would have had attacks.”

Instead Rasta sees the nets and drum lines as token gestures designed to allow a tourist hungry Gold Coast council to give people a false sense of security. 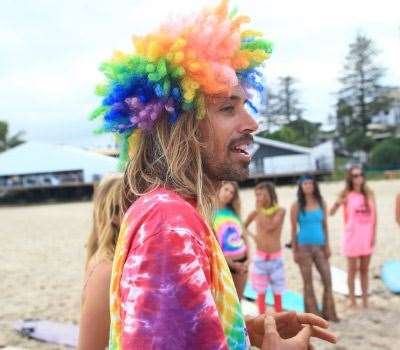 “It’s being able to say to the squillion dollar tourist industry that we have measures in place to have nets on our beaches so you can swim safely on our beaches… It’s just questionable. We need to be questioning the strategy and having the conversation.”

Although opposed to the current shark prevention practices in Queensland Rasta talks like someone who still appreciates the basic human desire to feel safe when entering the water and argues that Queensland should consider some of the alternatives being trialled in other states.

“We’ve just got to talk about stuff … because there are other alternatives being pursued and Queensland is really behind the times. You look at West Aus’ and NSW and there are measures being taken to minimize the ecological impact while still having safety for humans as a priority aswell… It’s not an us or them issue at all.”

One of those devices being trialed at Bondi is the Clever Buoy, which utilizes cutting-edge sonar technology with tailored software to detect shark-sized objects in coastal waters. The information can be sent to lifeguards and beach inspectors in real time. The technology is only in its trial stage, but Rasta hopes that it offers a solution that can guarantee safety for both humans and marine species.

“I think out of every option the smart buoy sounds the best. It’s just new so it needs to be tested, but that sounds the least invasive and dangerous.”

Queensland’s rigid anti-protesting laws are also a source of derision for the politically outspoken surfer, who points out that he and his fluoro-clad cohorts could technically be taken away in a paddy-wagon for gathering on a beach to voice their opposition against current shark-prevention practices.

“You can get cooked for speaking out against anything and what that does is inhibit any kind of conversation happening that’s rational and diverse and what you’ve usually got is people that have got a vested interest just hogging the microphone and commanding the discussion…The only people you have talking about the drum lines and the shark nets are the contractors who are employed to look after them. It’s good for us to create a diverse discussion where everyone gets a chance to speak about this.” 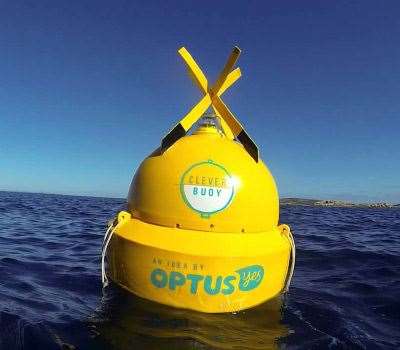 The Clever Buoy being trialled at Sydney's Bondi Beach.

When asked for his take on the dramatic increase in shark sightings and incidents just south of the Queensland border, where he lives, Rasta cross-references university research with anecdotal evidence from local fishermen, to develop a theory.

And all the pelagics (term used to describe fish which usually live in the pelagic zone­ – neither close to the bottom or the shore) over the last year have been coming closer to shore because the Australian currents ballooned last summer and that was bringing all the nutrients closer to shore and along with that came all the top predators… Then all the fishos at home are like… ‘the sharks are coming with us all the way up the river now where before they would cut out a km or two offshore or at the heads of the river.’”

While open to discussion about how to make beaches safer for both humans and marine species, for Rasta it ultimately comes down to a question of whether or not you want to be part of an ocean that feels alive or one that has been robbed of its natural diversity.

“That’s what it is. Do you want to live in the living world or some tripped out Fukushima version of the world that’s got nothing else alive­ – Fuck that! …

How much of a tragedy is it in France and those places where you surf and there’s nothing … there’s fucking nothing. You don’t see anything. Or even Indo where’d you go on trips and get bait balls swimming around you and now there’s nothing… it’s a tragedy. ”