Even those with a lifetime’s worth of positive ocean karma are not immuneto the occasional saltwater incident. For Dave Rastovich, who recently switched from long-time sponsor Billabong to become an ambassador for Patagonia, it’s been a nightmare last few months for injuries.

It began on a trip to Tahiti where Rasta’a fin clipped him behind the left ear and he found himself at the local medical centre, receiving a handful of stitches without anesthetic.  “That didn't feel very good ... but I felt alive,” Rasta told Tracks in regards to the experience of being sewn up minus the benefits of a pain-relief.

Back in Oz, Rasta entrusted his girl, Lauren, to remove the stitches so he could get back in the water. Then on his second surf back at a drainy, little right near home, his board speared him straight in the right ear – ouch.  “Luckily I didn't have a stupid, pointy nose on the thing, but it still managed to cut me deeply and blow my eardrum ... got a bunch of internal and external stitches,” explained Dave.

With a mash of blue-tac jammed in his ear and a nod of approval from the specialist, Rasta returned to the water just in time to cop a stingray barb to the left foot; an encounter which inspired new found respect for the underwater gliders, “Holy shit that hurt ... felt high and delirious for a few hours... then it subsided ... sting ray medicine ... powerful stuff... big respect for them now.

The series of misfortunes prompted Rasta to give credence to the superstitious theory that bad luck comes in threes, but with typically lateral optimism he also found a way to put a positive spin on the string of incidents.

That’s the third deal ... So I am gonna run with the myth that things like this come in threes …  One of the first legends to surf Pipe in 1969 … John Peck … told me that injury and illness are just immune system upgrades ... I am gonna listen to my elders on this one and go with the thought that my wing-nut ears and my foot are gonna be better off after dealing with some shit lately ...”

Lead Photo: Rasta pinning his ears back in the barrel. 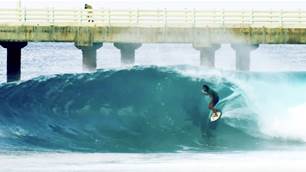 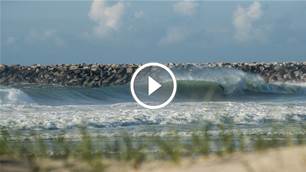 Caring for the Clarence – A hallowed surfing region 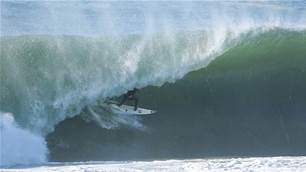 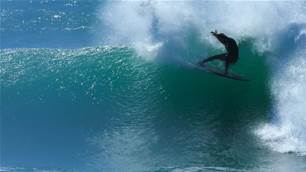