Theories as to why shark attacks in WA have increased abound, one being there's real life Jaws scenario playing out. 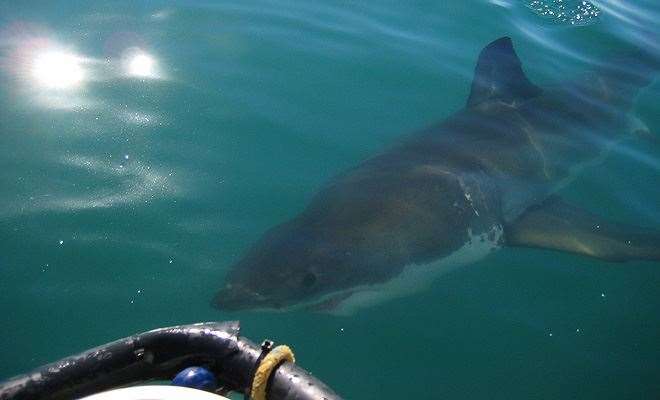 Could this shark migrate to Western Australia? South African white. Pic: Col B

Have we digested the news that the Western Australian Government plans to proactively destroy large great whites that encroach on Perth beaches? Have we got an opinion on this somewhat draconian measure? It’s a touchy subject. Many of us believe all sea creatures must be protected at all cost. But for every conservationist, there’s a surfer who wants these dangerous beauties culled or even hunted into extinction.

The powers that be said this on the decision, “Previously the orders were used in response to an attack, but now proactive action will be taken if a large white shark presents imminent threat to people,” Fisheries Minister Norman Moore.

It’s a big call, and not surprisingly made headline news around the world (especially in places like South Africa).

Great whites have been protected in Oz waters for over a decade – but for sharks in waters off Perth, that protection is over. “We will always put the lives and safety of beach goers ahead of the shark,” WA Premier Colin Barnett told reporters after the decision was made. “This is, after all, a fish – let’s keep it in perspective.”

Barnett went on to point out that WA had recorded 12 shark fatalities in the last 100 years – but alarmingly five of those deaths happened in the last year. The 20 million dollar plan will cover aerial support, provide lifesavers with more jet skis and fund a tag-and-release function so that sharks posing a threat can be tracked, caught and destroyed.

It’s easy to rubbish the stance Western Australia has taken from a far, but the threat to surfers, swimmers and divers in the area is real. It’s scary, and down right undeniable that more big sharks are being seen in the area than ever before.

Theories as to why shark numbers have increased abound, one crazy statistic being the increase in water temp.

There's even a real life Jaws scenario being bandied around; namely from infamous Aussie shark hunter Vic Hislop. This is a theory that the recent fatalities are all due to one rouge shark.

As I said, it’s easy to have an opinion from a far, below is the video of a Shark Forum ran by a Channel 7 local news in Perth that included shark experts of every persuasion plus community leaders surfers and more.