Reflecting on the legacy of one of New Zealand's most influential board makers.

The name Bob Davie has been synonymous with surfboard making in New Zealand since his arrival in the early 1960’s. As well as being a prolific businessman, ghost shaper and overall surfing visionary, Davie was also responsible for single-handedly propelling industry production at a time when no one else could, while simultaneously launching the careers of several kiwi surfer/shapers, most notably Wayne Parks and Allan Byrne.

When news broke of Bob’s sudden death at his home in Whangamata last year, surfing communities around the country were quick to pay their respects, recognising the man’s loyalty, passion and infinite contribution to New Zealand surfing. A 250-300 strong crowd paddled out at Whangamata to honour Davie or ‘Possum’, as some knew him; (a nickname coined after he resorted to trapping possums for a period not long after moving over from Australia) and to celebrate not only a godfather of kiwi surfing but a family man and just an all-round good bloke. 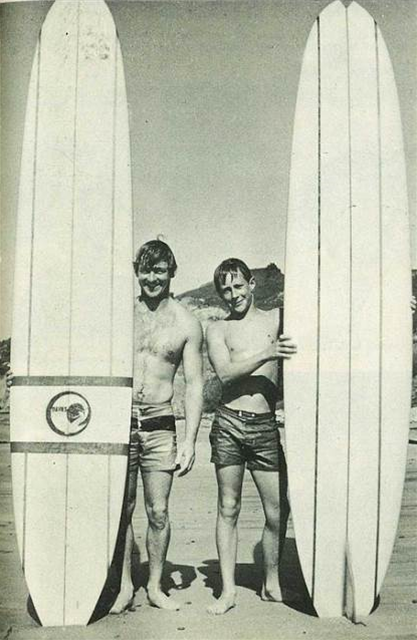 Bob on the left of frame with a young Al Byrne on the right.

From humble beginnings as a fitter and turner in Sydney’s south, Bob soon turned to shaping surfboards (amid the new era of surfboard building in Australia) after taking advantage of the chance to sit in on the manufacturing process. Then on his 21st birthday in 1963, Davie set his sights on a working holiday across the ditch. Along with good mate Bob ‘Arab’ Steel they landed in Auckland, with boards in tow and immediately headed out to Piha. There they met up with local legends Peter Byers and Peter Way who suggested sampling another west coast jewel in Raglan, before Bob eventually settled himself in Gisborne, where he intended to shape boards to cover the cost of living.

A series of varying reef/sand bottom breaks offered plenty of options to experiment with designs in Gisborne. And with a shortage of boards in the area, Davie wasted no time setting up a factory on Stanley Road in an attempt to fill the void. His business was given a boost when fellow Australian shaper and friend Bob Mctavish made back to back visits sharing ideas about shortening boards in the bay and endorsing Bob Davie Surfboards back home. Confounded with Davie’s win at the 1965 New Zealand Surfriding Championships (three years after its inauguration) as well as being a founding member of the Gisborne Surfriders Club, it would have been a gross understatement to say he was starting to make a name for himself.

Then in 1966 Bob moved north to Mount Maunganui, where for the next eight years he centralised his trade and expanded business further. With more factories opening in Waihi, Whangamata as well as a ‘super factory’ on Auckland’s North Shore when he teamed up with Atlas Woods (the biggest manufacturer in the country at the time). At his peak Davie employed 25 people in 6 different shops but eventually the stress and workload of the business began to take its toll. After marrying Mary, a former school teacher from Waihi and together sharing the desire for a change in lifestyle, Bob decided to sell his shares in the Auckland enterprise, closed down the factory at the Mount and with Mary moved onto a little lifestyle block just south of Whangamata in 1978. 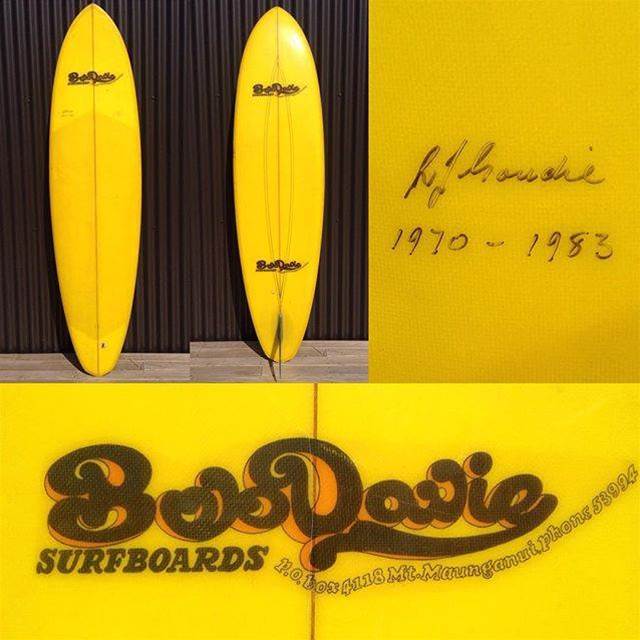 Now taking on the role as an all round ghost shaper, Davie found himself building boards locally for Natural Balance and Saltwater Surfboards. Knowing that he couldn’t handle the workload as the main shaper and wanting to spend his time on innovation rather than simply churning foam, Bob taught the likes of Rodney Dahlbery, Mark Ogram, Tony Waterhouse and many years later to top junior surfer Wayne Lowen. All these shapers later went on to win acclaim under their own labels and credit Bob for their start. Then in the mid 1980’s, when the chance came to diversify with a young “Oggy” (Mark Ogram) who he had worked with at Saltwater, Bob took the opportunity to setup Lipstick Surfboards amongst the avo trees in his own backyard.

Through his association and relationships across the Tasman, Davie also picked up the Aloha and Byrning Spears labels. 20 years on and his relationship with Allan Byrne had come full circle. Allan had learnt the craft from Bob and had worked as a shaper for Bob, now Davie was shaping his prodigies boards. With more time on his side and not being completely snowed under as he was in the 70’s and 80’s, both Bob and Mary dedicated many hours of their time to the development of surfing, coaching and mentoring, even opening the Whangamata surf shop.

In 2001 Davie was inducted into the Surfing New Zealand Hall of Fame and was until his final days bestowed the greatest honour of all as a passionate and proud surfer in his role as Patron of Surfing NZ. Bob also became the President of Surfing New Zealand of which both he and Mary became lifetime members. Davie eventually sold the surf shop in 2003 and spent the rest of his time playing at the local golf club, fishing around the Coromandel and spending his time with his grandkids while still surfing ‘The Bar’ and shaping the occasional board (under his own label), his priorities had changed somewhat, work now was for personal pleasure rather than a financial necessity.

In the end, Bob will be remembered as a giant in the surfing industry, ahead of his time and in terms of the legendary innovation and selfless experience he shared; he was probably the best thing that ever happened to New Zealand surfing. His passion and love for The Land of The Long White Cloud was undisputed and the industry/culture created thereafter simply wouldn’t be the same without it. 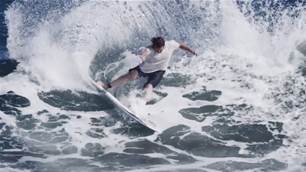 Dane Reynolds and Joel Tudor's Battle of the Bonzer: Who Wore it Best