The surfing world was rocked by the loss of John Shimooka earlier in the week. Shmoo was raised in the rough and tumble urban setting of Oahu’s south shore and happily referred to himself as a ‘townie’.

After honing his craft and his wits on the competitive southside reefs, Shmoo went on to become a world-class surfer. Once on tour, he rapidly earned a reputation for being one of pro surfing’s most dynamic figures – explosive and fiercely competitive in the water, but charismatic, generous of spirit and big-hearted once the singlet had been ripped off his pocket-dynamo frame.

One of his career-high points was surfing a Bells final alongside good friend, Sunny Garcia in 1995. Shmoo was heavily affected by Sunny’s own recent battles. 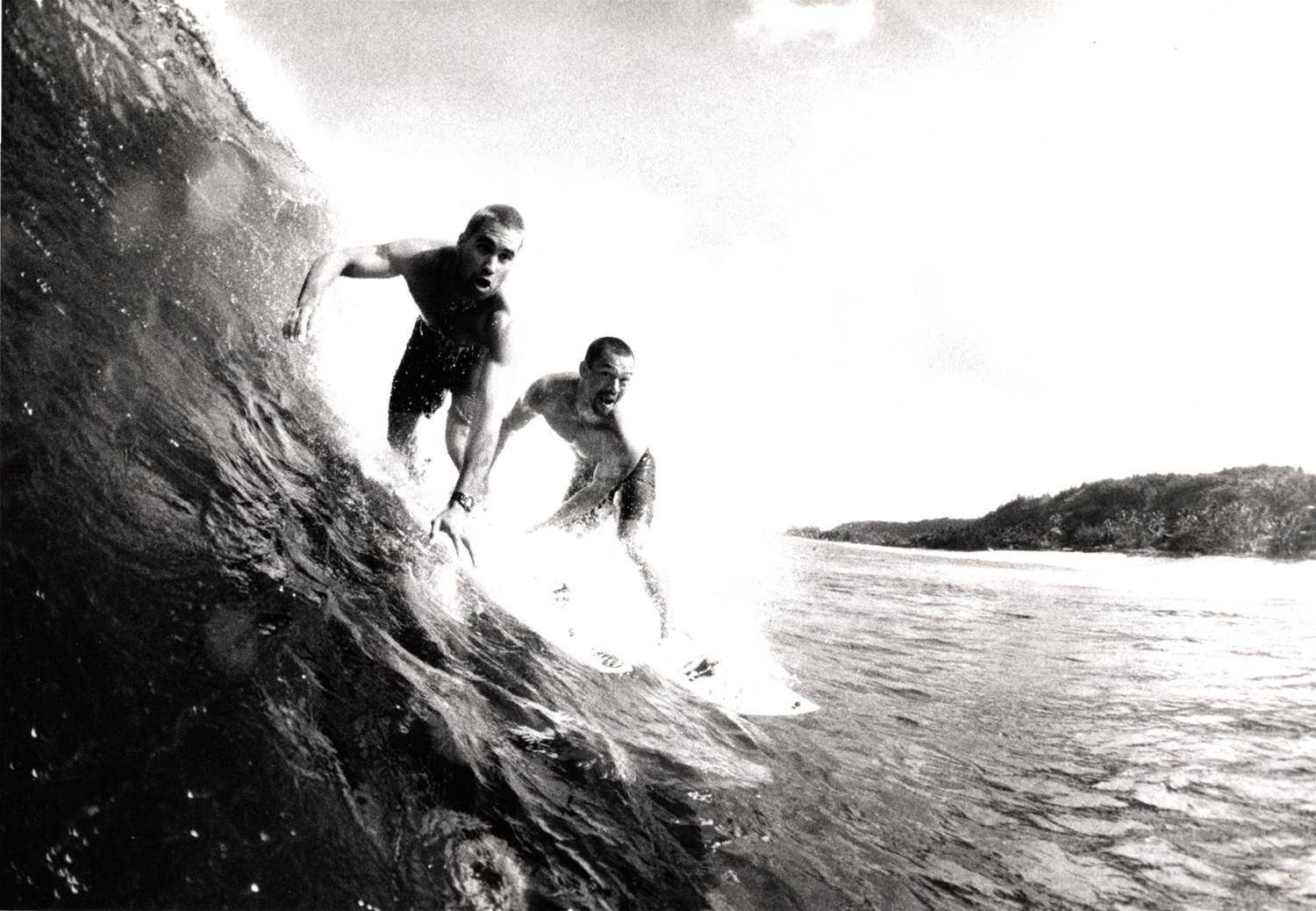 Many will remember Shmoo’s upbeat cameos in the 'Sarge’s Surfing Scrapbook' videos, which enjoyed a cult following in the 90s. As Shmoo delivered his rapid-fire, impromptu pieces-to-camera he seemed as much an entertainer as he was a surfer. His raconteur skills helped him segue from pro surfing into a commentary career. No one took command of the box quite like Shmoo.

Post-tour, Shmoo also became a master of reinvention. He moved to Australia and married wife Lisa and became a father to his son, Brandon. He immersed himself in Australian culture and, despite not growing up with the game, worked hard to become a highly competitive touch football and Oz tag player. He was also a weapon on the jiu-jitsu mat. After exploring other fields his last job saw him return to his surfing roots, working as a General Manager for Surfing NSW. Ever the showman, there was always time to make his presence felt on social media with his hi-energy video posts and surf reports. 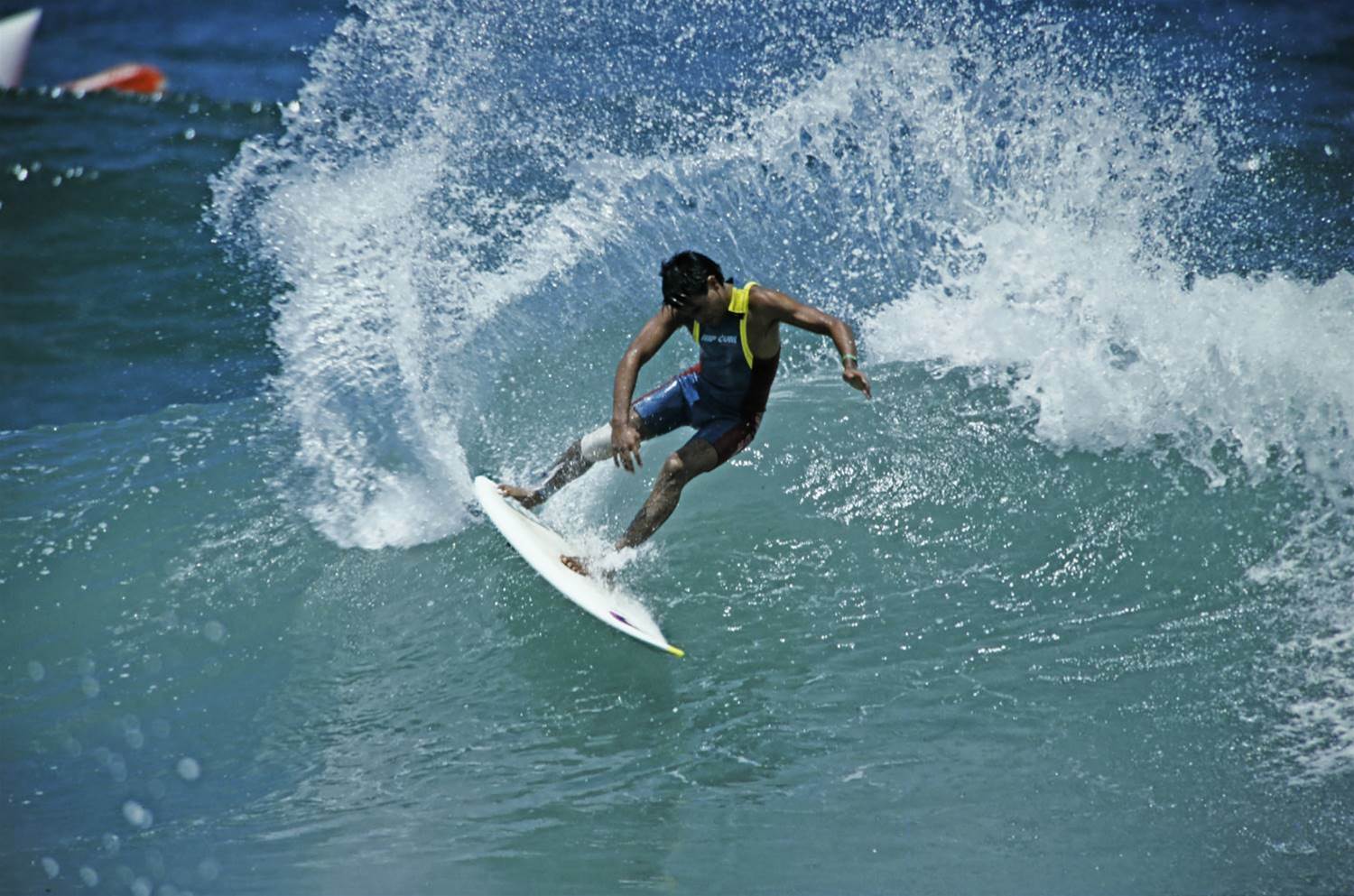 Shmoo was always dynamic and stylish in and out of the water. Photo: Tony Nolan

Given his gregarious nature and curiosity to explore everything that his globe-trotting existence had to offer, Shmoo acquired friends all around the world. His passing prompted many to issue tributes via social media. One of the most heartfelt offerings arrived in the Tracks inbox from journeyman Pro Surfer, Cass Collier, who travelled with Shmoo on tour in the late 80s and early 90s.

He might have been young at heart, but his wisdom and kind gestures were ancient. His surfing was electric. When Shmoo was in the mood to surf he always had this brilliant flair in the water He beat you with speed, power, and style. When I first came onto the world tour in 1988, I was the worst of the best surfers in the world. After losing all my heats in the first 3 international events and suffering with inferior surfboards and no experience, this great spirt from Hawaii befriended me, coached me, kept telling me how good I was? After examining my surfboards b4 the 4th asp event, he looked me in the eye and handed me a set of garage keys and an address and said that he just got a new quiver of surfboards and that in that said garage were four of his best competition boards shaped by the best shaper in the world! I collected the surfboards and won my next heat. Shmoo never asked for anything in return, In fact, he always came to watch my heats and would cheer the loudest. Later when I travelled to Hawaii, he took me too all the locals and introduced me, as his African bradda cass.

I am forever indebted to you, true son of Hawaiian royalty, your love was huge, your family and friends will b forever blessed to have known you.

Oh, Hawaiian family, I feel your pain on his loss, he was like a brother to me. Love and strength to his family. Aloha King John Shimooka. Aloha 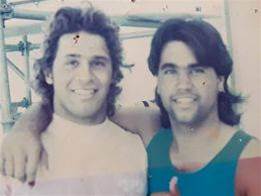