It hits you in the face the moment you open it.

Ian ‘Kanga’ Cairns had done all of his competing by the time I fell under surfing’s spell, but when I started consuming surf magazines in the mid-late 80s, the presence of ‘Kanga’ still resonated. There were continuing references to his big wave exploits along with discussion about his involvement in establishing professional surfing and forming the Bronzed Aussies. There was also talk of his relocation to America and his role in engineering the US amateur system that produced Tom Curren. Then there was Kanga and PT, the organisers behind the infamous 1986 OP Pro contest where the crowds rioted. Later, I learnt more about his part in the winter of 76/77 when Hawaiian locals and travelling pro surfers (mostly Australian) were engaged in a kind of war on the North Shore.

I picked up the recently released biography, ‘Kanga’, by Wayne Murphy hoping to fill in some of the gaps on Ian Cairns. It soon became apparent that ‘Kanga’ was a compelling and intricately researched text about a surfer who was many different things throughout his career – courageous and cantankerous, brilliant and brash, impulsive and visionary, cocky and humble. If today’s pro surfers can seem a little vanilla then Kanga was the whole show, a strapping, outspoken West Australian power surfer who bowed to nobody and was steadfast in his pursuit of what he believed in. 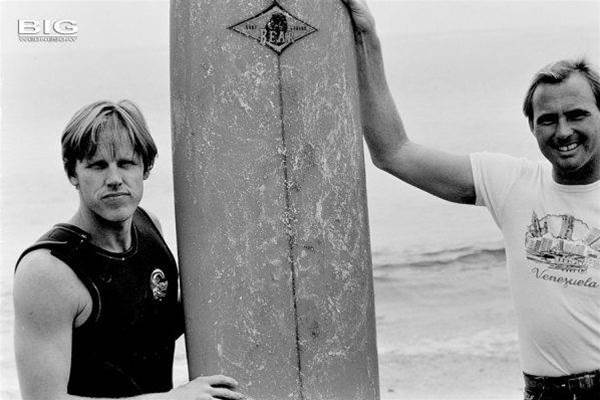 Ian on the right with Gary Busey who he stunt-doubled for on the film 'Big Wednesday'.

In the early chapters we read about the Cairns family who traverse Australia from east to west to start a new life in Perth – led by a father whose business has gone belly-up for the second time, and is never entirely confident his car will make the continental crossing. In the re-telling of the story about the challenges faced by a young family there is something quintessentially Australian; a revealing narrative beyond just surfing that many of us can relate to.

As a young Ian lands in Perth in the late 60s and becomes obsessed with surfing, we are given a telling insight into the fledgling West Australian surf scene and the characters who gave it shape and form. The migratory instincts of Perth surfers to Margaret River are well documented as are their feuds with local farmers who are openly resistant to the idea of having longhaired surfers and hippies rolling into town.

For an east coaster who grew up reading east-coast centric mags, the insights into the evolution of the WA surf scene are refreshing and you’re left with a real sense of the pioneering spirit that was required to plunder the waves of the untamed west coast. Ian gets his taste for raw power and heavy reefs from an early age and enjoys roaming the entire coast, from way down south to the Bluff up North; often surfing surf alone in the kind of sharky waters that get contests called off today.

Murphy also uses Cairns’ compelling story as a vehicle for painting a broader picture about surfing culture and surfing in Australia. It’s a good way to be towed into a history lesson so to speak. The rivalry between Nat and Midget (both heroes for Ian) the evolution of boards and the surf media are just some of the touch points in a book that goes well beyond the scope of a normal biography. Crucial to the success of such an approach is the extensive array of surfing voices quoted in long form throughout the book. Rather than rattle on vaguely about events he wasn't present for, Murphy regularly goes straight to the source. It is one of the most extensive lists of surfers and surfing luminaries ever featured in a publication. The end result is to give the whole thing a ring of authenticity; a sense that you are reading something pretty close to the truth in a surfing world that is often permeated by urban myths and a colourful oral history. Nat Young, Wayne Lynch, Jeff Hakman, Reno Abellira, Mark Richards, Shaun Thomson, Robert Conneeley, Fred Hemmings, Randy Rarick and Cheyne Horan are just some of the figures quoted extensively throughout the biography. Although obviously close to his subject, Murphy is careful not to be too sycophantic; allowing space for plenty of interviewees to talk openly about some of Ian’s less redeeming qualities.

The anecdotal interviews are also at times incredibly engaging. For example, the first-hand accounts from Jeff Hakman, Mark Richards, Reno Abellira and Ian about the famed 1974 Smirnoff event – when Waimea was 30ft and closing out – are riveting.

See Below: Just hit the 'Watch on Vimeo Button'.

1974 Smirnoff Pro-Am from ENCYCLOPEDIA of SURFING on Vimeo.

And so as one might expect much of the book is set around Hawaii, where Kanga earned his reputation as a fierce big wave competitor and enjoyed both his biggest successes and most controversial encounters. Indeed the prologue to the book comes right out and whacks you in the face like a well-swung punch, as Murphy details the extent of Ian's rift with North Shore enforcer, Eddie Rothman. You might have seen ‘Busting Down The Door’, but this murky chapter of surfing history is explored in far greater depth here and it may ultimately change your perspective on Hawaii’s North Shore.

At a glance Ian ‘Kanga’ Cairns may not be as celebrated a figure as some of his contemporaries. The lives of Michael Peterson, Rabbit Bartholomew, Gerry Lopez and Jeff Hakman have all been romanticized and mythologized in books, films and magazines, but in the telling of his story Kanga claims his place as one surfing’s most intriguing and influential figures. Ultimately his biography is a gripping tale about professional surfing’s origins and someone who embraced the spirit of individualism and freedom of expression that his chosen pursuit encouraged.

Copies of 'Kanga' The Trials and Triumphs of Ian Cairns available at www.kangacairns.com 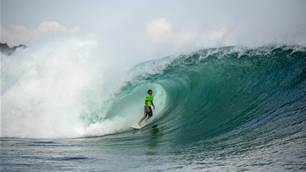 Hit & Run Events: A New Format Proposal for the WSL! 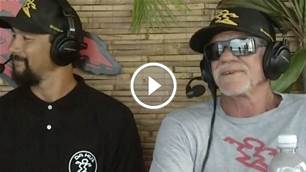 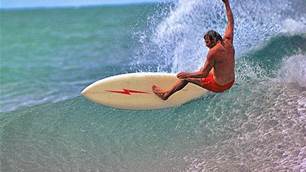 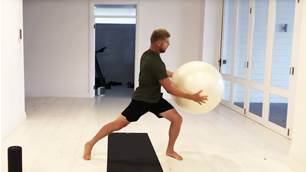