Ahh to be a pro-surfing-grommet. Whisked off to Playa Hermosa on Costa Rica’s Pacific Coast to pull on a singlet in playful, warm-water peaks. Last week some of the world’s best juniors descended on the central American surfing hub (Playa Hermosa translates as beautiful beach) to contest the Rip Curl GromSearch event.  Such contests provide a direct insight into what the WCT lineup may look like in a couple of years.

Watch the footage from finals day and you will invariably find yourself projecting a few years down the track and imagining what these super-groms will be like when they hit their peak. With talented young surfers emerging from every corner of the globe, surfing’s future is ‘wide open’, as Andy Iron once famously said as a junior competitor.

While the Costa Ricans performed well on home soil (three locals made the quarters in the boy’s divison), ultimately victory in the girl’s and boy’s respectively went to Caitlin Simmers (USA) and Afonso Antunes (Portugal).

Boy’s runner-up, Taro Watanabe, (USA) was one of the clear over-achievers, posting three of the event’s top five heat totals.

“This entire contest was so exciting because the level of surfing was so high. Everyone was surfing so good and every heat was exciting to watch and to be in. Even though I didn’t get many opportunities in the final, just being in the final with Afonso was my highlight,” explained Watanabe.

Meanwhile the victorious Afonso Antunes summed up well what it felt like to win and have a good time doing it. “I don’t have many words to describe how I’m feeling, I’m over the moon right now. I worked so hard for this to get the job done; I’ve been doing a few events to train for this competition, and I did it! I love this event because I got to meet new friends, plus the waves were amazing, and I love Costa Rica. I definitely want to come back to this beautiful place.”

In the girl’s final, 13-year-old Caitlin Simmers became the youngest ever winner of the GromSearch event. Boasting ability levels well beyond her years the diminutive Simmers posted the highest heat (17.00) and wave score (8.83) en route to victory over local girl Valeria Ojeda. 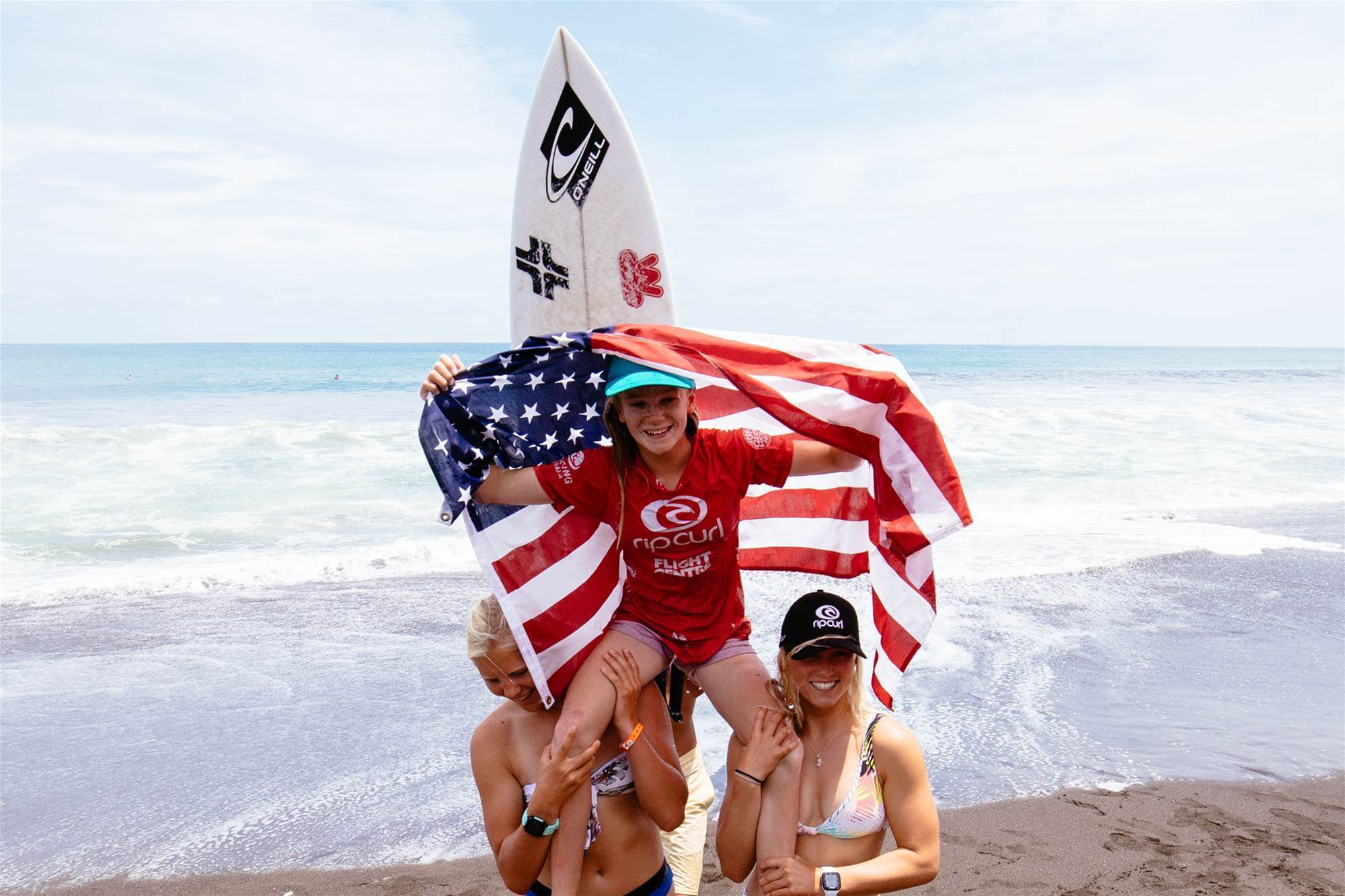 Caitlin Summers got the win for the USA. Photo: Matt Ord

Caitlin was gracious in victory while also demonstrating she has the ability to make mature acceptance speeches. “I’m really really happy. Thank you to Rip Curl for putting on the event, thank you to my family for their support, and thanks to everyone behind the scenes at this contest who brought us here to Costa Rica. It was great to see the local girl surfers get a chance to be in the event through the trials and I was stoked to be able to surf against Valeria.”