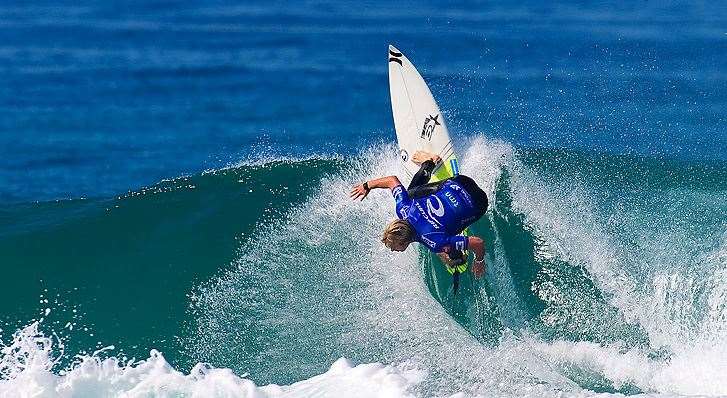 Avoca Beach local Ace Buchan has been on fire in Europe, his form continued in round 4 of the Rip Curl Pro.

Event No. 8 of 10 on the 2010 ASP World Tour, the Rip Curl Pro Portugal executed the three-man, non-elimination Round 4 this afternoon with surfers pushing the boundaries of high-performance surfing and the event setting up for a possible finish tomorrow.

“That score didn’t change my approach much actually,” Smith said. “Jadson (Andre) and Owen (Wright) can pull big scores out at any moment. I knew I could ease up and needed a solid backup score.” 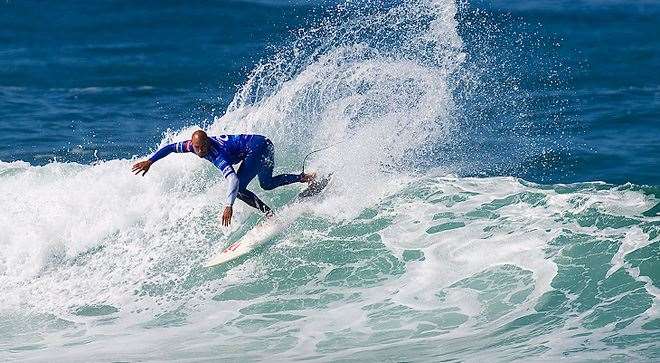 Unlike his round three win over Gabe Kling Kelly Slater deserved to win his round four heat.

One of the remaining threats in the hunt for the 2010 ASP World Title, Smith remains nonchalant when discussing his plans for the end of the year.

“It would be nice to win but there’s more to life than just the title,” Smith said. “It’s an incredible opportunity for me to have for someone at my age and I’m just looking forward to the end of the year. I’m enjoying myself.”

“This round definitely allows you to relax and loosen up a bit for sure,” Slater said. “Of course, winning today takes the pressure off a little bit and let’s you bypass a round on the last day.”

Adrian Buchan (AUS), 27, current ASP World No. 6, opened up today’s action in incredible form this morning, dispatching of Matt Wilkinson (AUS), 22, and Michel Bourez (PYF), 24, en route to his advancement to the Quarterfinals.

“It’s really fun out there but kind of hard to find the ones that really line up,” Buchan said. “Matty (Wilkinson) and Michel (Bourez) were really getting frustrated out there, but I was just focusing on picking good waves and surfing them completely.”

Jeremy Flores (FRA), 22, current ASP World No. 20, kept the European contingent progressing through the day, taking out his Round 4 bout and moving to the Quarterfinals of the Rip Curl Pro Portugal. 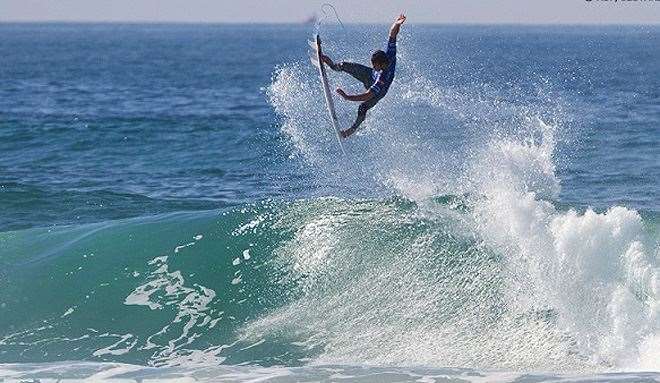 Currently sitting in second on the ratings Jordy Smith seems to have blown off his mid year wobbles with a blinder in rd 4.

“It’s all good,” Flores said. “As long as I win heats, I’m stoked. I haven’t had the best waves in the last few heats but today was pretty fun. The last few years, I’ve been trying add airs and fin throws to my repertoire and it hasn’t been working. I’ve moved back to what I do best and it’s been working really well for me. I’m stoked to be in the Quarterfinals and hope I can keep going.”

Event organizers will reconvene tomorrow at 8am at the primary site of Supertubos to assess conditions for a possible 8:30am start. 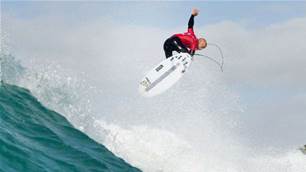