Are you ready for the main show and the subplots?

It’s been a stellar year for Ryan Callinan. The Newcastle goofy footer secured his re-qualification to the CT after claiming victory in the 10,000-point Ericeira Pro in Portugal back in September. By defeating Gabriel Medina en route to victory in the event, Ryan proved emphatically that he was worthy of his WCT rebirth. Shortly after he was drafted as a wildcard into the WCT Quiksilver Pro France where he hammered his way to a runner-up finish; backing up the result with a 13th at another WCT event, the Meo Rip Curl Pro in Portugal.

Today the good run for Callinan continued as he took out the Pipeline Trials and earned a spot in the main event, the Billabong Pipeline Masters. In rapidly deteriorating, wind-blown Pipe conditions, Callinan out-scrapped fellow finalists Benji Brand, Soli Bailey and Torrey Meister. While it wasn’t pretty for viewers it was reassuring for Callinan, who in the past has struggled to grind out heats, despite his abundance of talent.

Intriguingly the victory in the trials and inclusion in the main event means that Ryan is technically capable of qualifying via the WCT Jeep Leader Board when his other WCT results are added into the equation. If Ryan were to make it through the front door to the top-flight tour, it would not only be an extreme confidence boost it would also mean team mate’s, Jack Freestone and Ethan Ewing, would be bumped up the WQS rankings and be better positioned to receive a slot back on the WCT. Ewing made the semi finals of the trials but was unable to contest the heat because of an ankle injury incurred in an earlier heat. 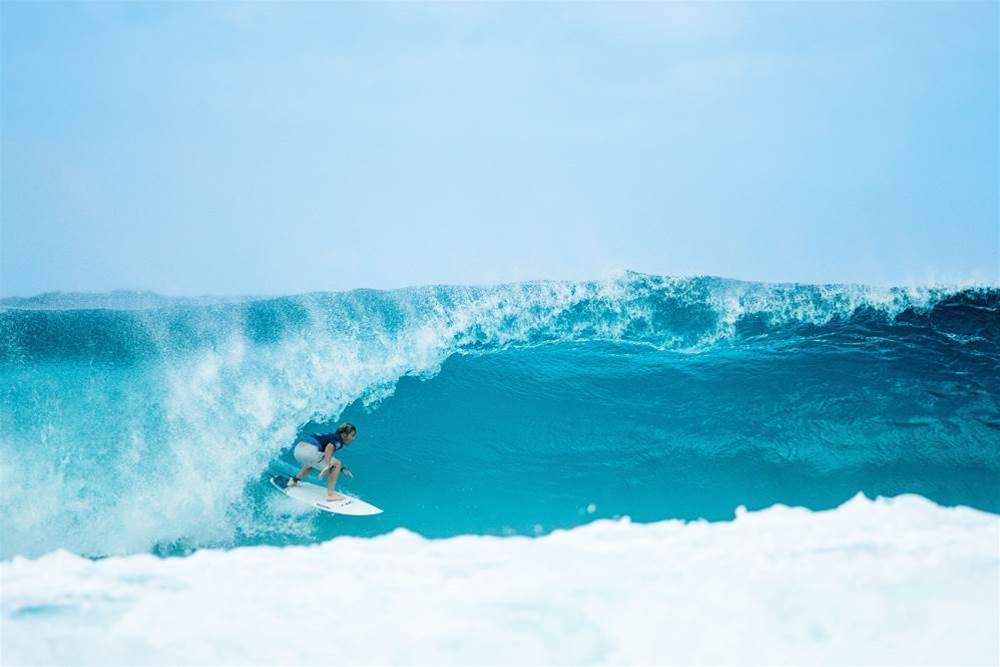 Benji Brand tunnelling his way to a slot in the main event at the Billabong Pipe Masters, for the second year in a row. WSL/Sloane

Callinan will square off against Wade Carmichael and Griffin Colapinto in round one, which means he can also be a factor in Freestone’s demise as Jack is relying on Griffin and Zeke Lau to double qualify. Meanwhile, Benji Brand, who claims the second entry into the main event by being the highest placed surfer from the Hawaiian region, will take on world title favourite, Gabriel Medina, and Connor O’leary. Brand, a tube fiend who is originally from Sth Africa, has evolved into a modern Pipe specialist and is not someone Gabriel can afford to treat lightly.

Julian Wilson will have to contend with Seth Moniz ( who we will see on tour next year) in his round one heat. As an Hawaiian, Moniz has spent plenty of time in the Pipe lineup and is also a tough draw for Julian.

The final title contender, Filipe Toledo, will be matched against Matt Wilkinson, who needs a major result to requalify, and Ciao Ibelli, who is part of a trio (including John John and Kelly) vying for only two injury wildcards for next year.

Needless to say that, in addition to the title race, there will be all sorts of sub-plots at play in the Pipe Masters. The waves are shaping up to be contestable tomorrow while a massive swell is scheduled to roll through later in the weekend. Buckle up for Banzai, it’s going to be a bumpy ride in all sorts of ways.