A colab' made in surfing heaven – Tommy Peterson and Mason Ho.

With his highly refined marketing strategy, Tommy estimates he shapes a maximum of 35 boards a year. However, there are long-term customers, like the Ho family, he is always happy to look after. Blessed with an encyclopaedic memory for surfing facts, Tommy readily recalls how their families were first connected. “Michael (Peterson) met Michael (Ho) in San Diego at the 1972 world titles. Michael Ho was surfing as a junior for the American team and he was about fourteen years old.” Since then the families have stayed close, and Michael Ho is a regular lunch companion for the Petersons when he’s in Australia. 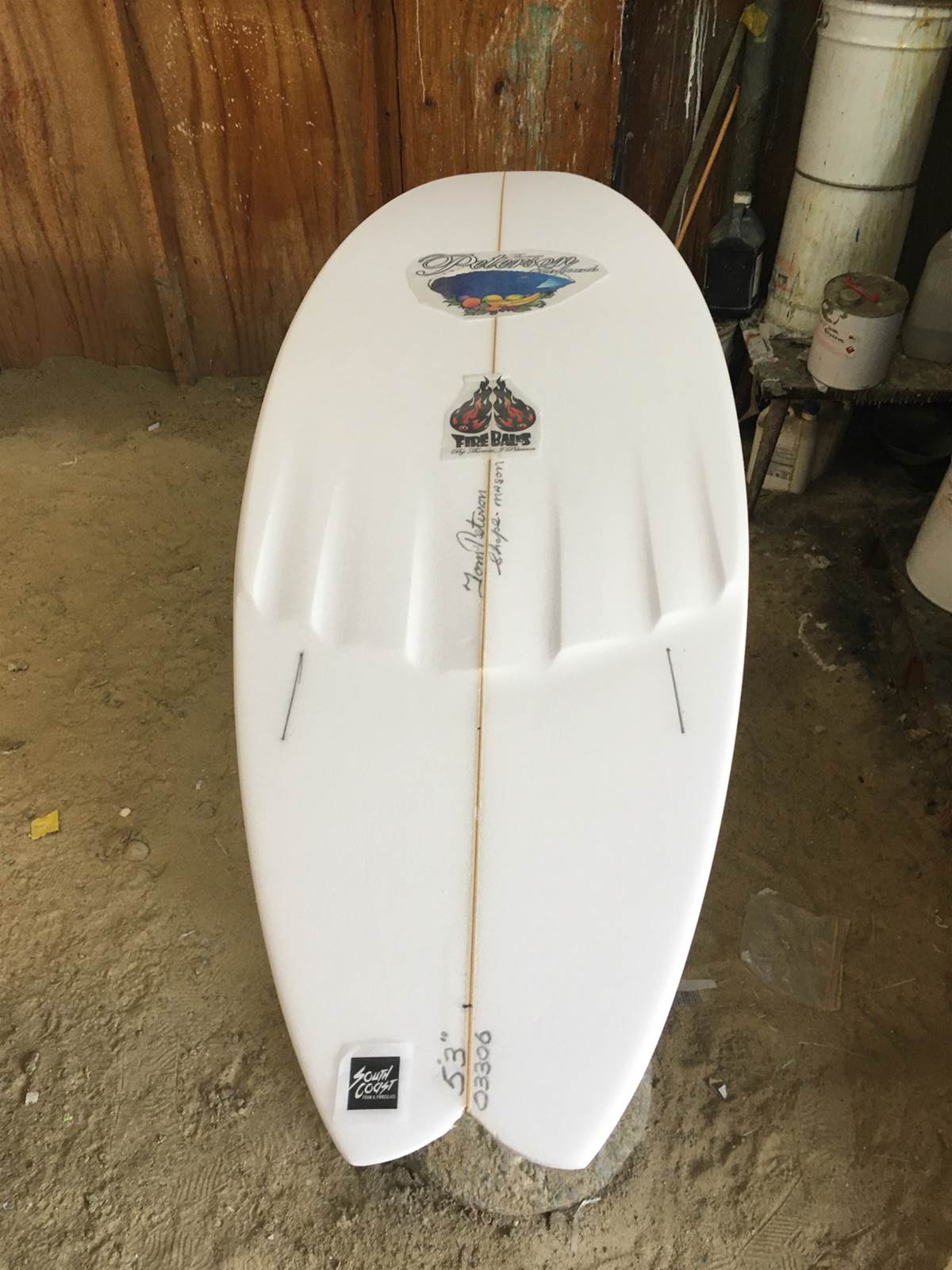 Almost half a century after the two Michaels met in San Diego, brother Tommy finds himself making boards for Mason Ho. If Tommy’s brother Michael was the brooding, enigmatic genius, Mason is the charismatic entertainment machine whose dizzying free surfing sessions frequently morph into a game of chicken with exposed rocks and reef. Although made from different moulds both surfers remain riveting to watch footage of.

Tommy typically makes Mason a version of the Fireball fish – the board which helped usher in the modern fish movement after Tom Curren’s celebrated session at giant Bawa, in 1994, on a 5’7” Fireball. According to Tommy, this one is a slightly tweaked take on the last one he made Mason, “It’s 5’3” with a step and channels in the middle under the front foot, and a rolled V through the back.” Tommy and Mason catching up when Mason was in Oz a couple of years back.

Quizzed about the purpose of the step and channels, Tommy exolains that it ensures Mason can keep his craft micro-sized in big waves. “It’s so you can ride it in twelve-foot surf and it won’t slide out… no problem. It’s got nice, big blocky rails so it can’t catch on anything. All you do is slide over the water and you go like a rocket. Although hardly the type to spend his days trawling the web for mentions of his name, Tommy points out that you can watch Mason surf (and talk about) riding one of his earlier Fireballs at Pipeline, Backdoor and Sunset by googling ‘Quivers Mason Ho’. 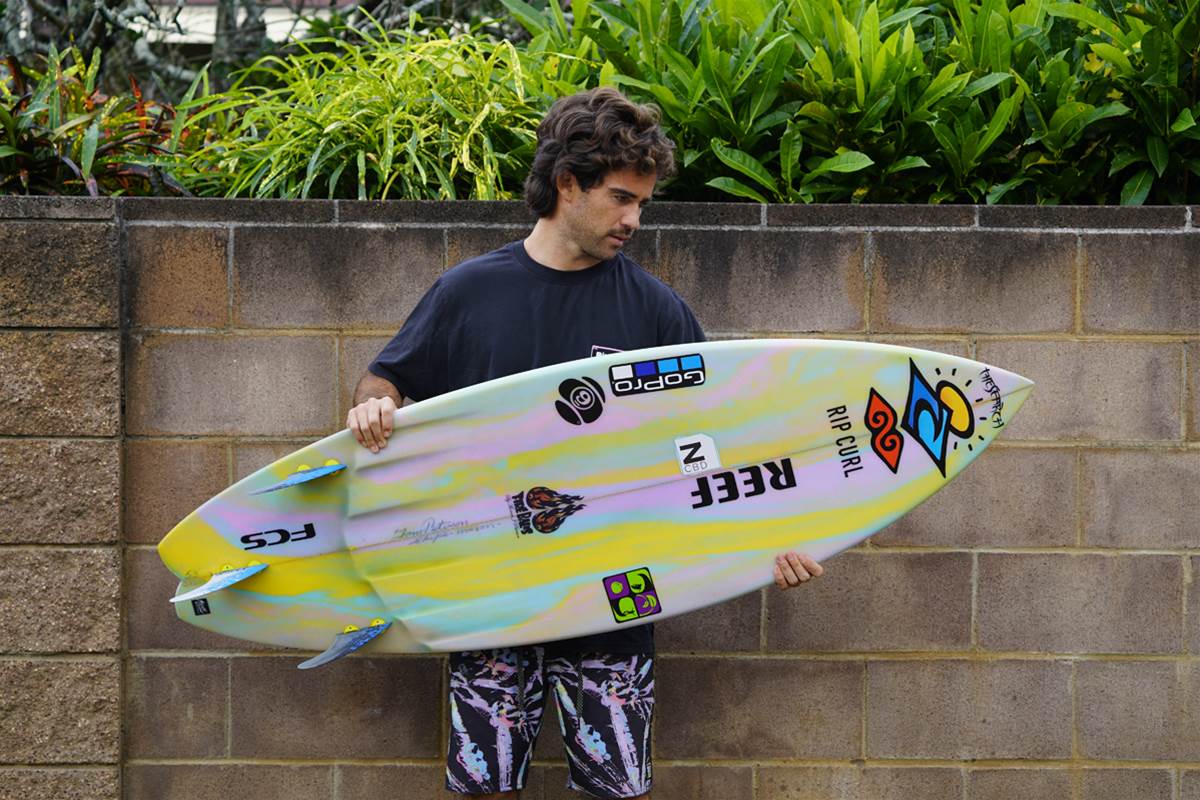 Tommy also made a board for Kelly Slater a couple of years ago, a finless model that was designed to be ridden at Kelly’s pool. “He said it goes pretty good at Burleigh, but I’ve been told he rides it at the Ranch.” If you do manage to track down Tommy and convince him you are worthy of one of his fine crafts we suggest you bring your wallet – and preferably cash insists Tommy. “Sometimes people ring up and they want a pin-tail moon rocket and if I don’t know them or anything they pay $1550 bucks… For my Fireball Fishes I charge them $980 … And if you want an MP Stubbies retro then they’re about $1200.”

And whatever you do, don’t ruin your chances of acquiring a treasured board by indulging in artistic dalliances. “If they tell me they want a colour I tell them to f$%K off. I make white boards; a blue board’s not going to go any faster than a red board and a red board’s not going to go any faster than a white board … I don’t want to know about making colourful lollypops.” (He makes an exception for Mason). Despite his disdain for decorative touches Tommy points out that all the boards come with glassed on fins (although Mason’s latest Fish has FCS2) and a finish coat and polish, except for the Fireballs, which feature a Pro-Tech finish.

We also recommend you avoid asking Tommy to coat one of his masterly creations in a brittle layer of lightweight glass. “I have my special glassing system that Jack Night and I came up with… he’s been glassing my boards for 29 years … I don’t touch much four-ounce cloth whatsoever. I probably use about one-third of four-ounce on my boards if that… I use six-ounce cloth, it’s a lot better. ” 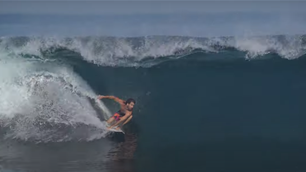