The UK parliament recently declared an “environment and climate” emergency, the American Democrats are proposing a New Green Deal, India and China are embracing solar at a rapid rate. How far off the pace are we in Australia when it comes to climate policy?

Lightyears off the pace. Back in 2012 we led the world with the gold standard climate package, legislation, funding and regulations that worked to reduce emissions and invest in the transition to renewables. I’m proud to say the Greens and Labor worked co-operatively to achieve this, which is what we were elected to do. Australia held its heads high at global summits and urged the world to take stronger action. In every sense of the word, we were leaders. This makes sense. After all a country like Australia has so much to lose from global inaction and the ravages of a climate breakdown, which we are now clearly seeing. It’s hard to describe just how far we have fallen in so short a period of time. I have been a Senator over this time and witnessed it all. Tony Abbott and the Liberals, in some of the most ruthless and cynical politics this country has ever seen, spent the last six years ripping up the clean energy package and now we have nothing. Nada. No policy. On climate or the environment, on the extinction crisis we face. The Liberals even tried to sack hundreds of the world’s best climate scientists at CSIRO, because they didn’t believe we need them anymore, because their work was embarrassing the deniers in government. Australia is now seen as a global embarrassment, the climate dinosaurs who don’t deserve to be the custodians of the world’s biggest living organism: the UNESCO listed Great Barrier Reef, which is rapidly dying on our watch. Reducing emissions is just one part of the story, you can’t have a serious policy in a time of climate emergency if you don’t act to leave fossil fuels in the ground, ban all new coal mines or to ban offshore oil and gas drilling and exploration. So in a nut shell, the world now knows Australia has gone radically backwards on reducing emissions, and that we have a largely climate change-denying government, that is in the pockets of the world’s biggest exporters of coal and gas, and that’s why we still want to develop more dangerous fossil fuels…in a time of climate crisis...who would have thought?

What is the Greens economic plan for transitioning rapidly away coal (our biggest export) while keeping Australia a prosperous country?

We have an extensive policy called “Renew Australia” which we have worked on for years, with many experts. It’s fully costed and funded in our budget. This moves us to 100% renewables by 2030, and provides a just transition for coal workers, their families and communities. This is important. I chaired a Senate Inquiry into what a “just transition” would look like, and this evidence has helped inform our policy. We can move Australia to be 100% renewable by 2030. It sounds ambitious. But it just needs political courage. It will create thousands of new jobs in renewables manufacturing, maintenance, installation, and so on. In fact, it is cruel not to be planning and acting on this transition now. The worst thing about our crap and gutless politics is that we will leave coal workers and their families behind by not acting now. The transition away from coal and fossil fuels is coming sooner or later, like it or not, so it’s important to get ahead of the curve.

You worked on a successful campaign to keep the polluting Gunns Pulp Mill out of Tassie. What advice to you have for surfers who are protesting to keep Equinor from drilling in the Bight?

There are a lot of parallels between the two campaigns. Big money, greed, a corrupted political system that gives big corporations whatever they want. Both projects risked serious pollution, and would contribute to climate breakdown, risk life on this planet. So my advice is: always stay optimistic, and keep taking action, no matter what. Be optimistic you can win, when you get worn down—which inevitably happens in long campaigns. Don’t let things spiral into anger or negativity. The pulp mill was a ten-year campaign, with many highs and lows. It was going to dump 30 billion litres of toxic effluent into our oceans every year, near my local surf spot. And it was going to clear fell hundreds of thousands of hectares of Tasmania’s pristine wild forests, pulp tens of million tonnes of carbon rich forests in a time of climate emergency, pollute our air and rivers and kill biodiversity. It would have been a disaster. The campaign took a huge toll on everyone involved: the community, the economy, the individuals involved. But we won in the end; we beat a greedy litigious corporate giant. Tassie and the planet are a better place for this. So I suppose don’t give up. Never give up. Did I say never give up? 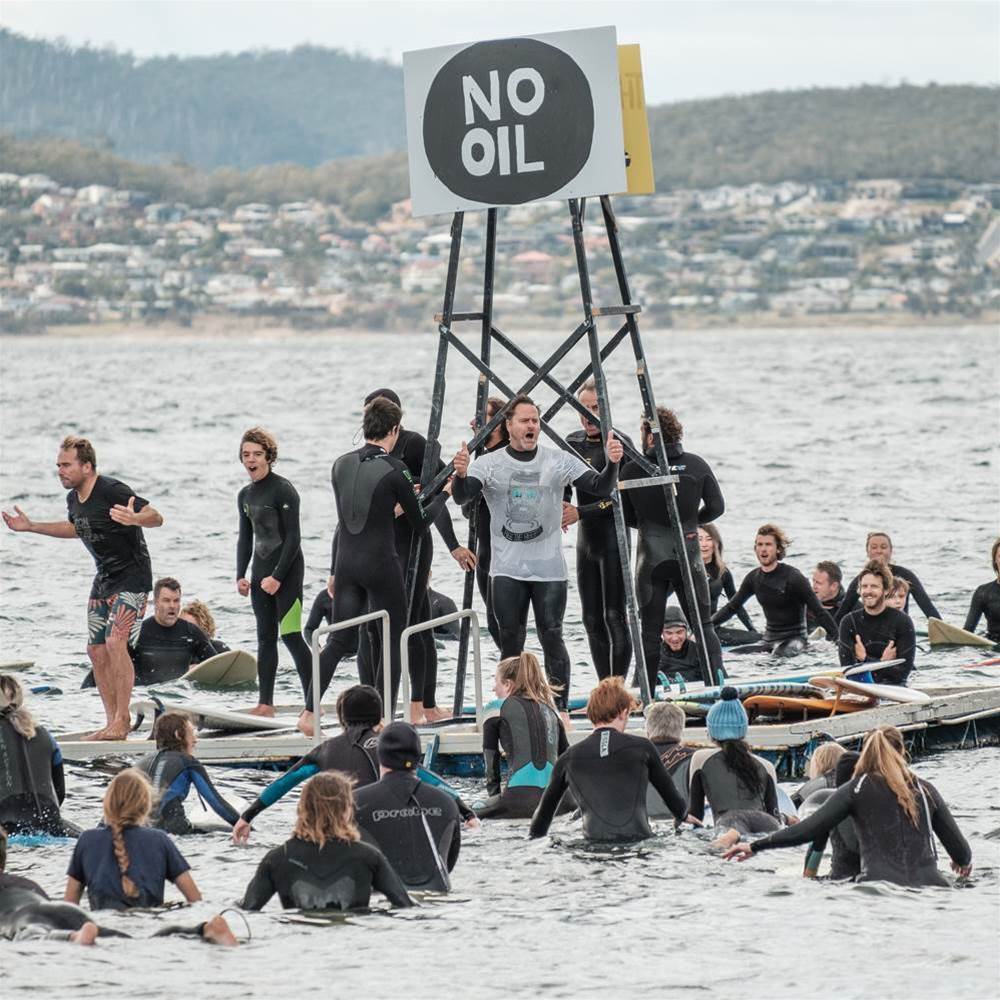 Peter Whish-Wilson getting involved in the campaign against Big Oil in The Great Australian Bight, alongside Damo Cole ( left of frame). Photo: Thomas Moore Creative

You recently highlighted how the Australian taxpayer has subsidized the oil and gas industry to the tune of over 323 billion in the form of tax credits. How does this work and why isn’t it well known?

I also initiated a massive Senate inquiry into this in the last term of parliament. It’s called the Petroleum Resource Rent Tax (PRRT) and it is a complicated super profit tax, so not many people understand how it works, which suits big business and big politics just fine. Basically, it is a tax on profits made from the sale of oil and gas owned by the Australian people, to be paid by the developers of these resources when they start making obscene amounts of money. But the Government designed the scheme with significant loop holes that allowed big oil and gas to avoid paying the tax. The biggest loophole is the super generous deductions against tax liabilities, like exploration and operating costs, compounded annually at ridiculous rates, up to 18% per annum! These deductions can be claimed across some projects. Oil and gas companies can also claim, for example, clean-up costs for oil spills against their tax liabilities, so (apart from the incredible notion we may potentially pay for a company like Equinor’s oil spill!) in effect all these deductions get bigger and bigger every year until, low and behold, they have over $300 billion in tax offsets! Which means it’s highly unlikely they will ever pay this tax, meanwhile us punters have to pay every penny we owe! I call it the ‘Petroleum Resource Rort Tax,’ because it’s the biggest rort in the tax system. While we managed to get some minor changes to improve it, new legislation got rammed through parliament in a last-minute deal between Liberal and Labor on the last day of parliament so we never had the chance to get it properly fixed or replaced. I’m not giving up on this one anytime soon because I believe this tax rort is the tail wagging the oil and gas dog and ultimately risking our climate. It was deliberately designed to be generous to incentivise oil and gas exploration and transfer the risk of highly risky activities onto the Australian tax payer. While it remains in place, we will always see the BPs and Equinors of the world wanting to cash in on this tax rort and exploit and risk our oceans. Watch this space.

We’ve lost ten years trying to establish a workable energy policy. Which major party is more likely to end this stalemate after the election?

I’d have to go with Labor over the Liberals. While in many ways they are bad as each other – receiving big corporate donations and cosying up to big business, especially the fossil fuel industry – there are two main reasons for this. The Greens have worked with Labor before, and we got outcomes for voters on climate action. So I know it’s possible. Secondly, Labor is not as afraid as the Liberals and Nationals of losing votes to One Nation. Don’t underestimate the destructive role One Nation has played in climate inaction in the shameful last 6 years of parliament. To avoid haemorrhaging votes to Pauline Hanson, conservative politics has had to virtually become One Nation, including aping her pro-coal climate denial. Either way, because both big parties are currently hopeless on real, meaningful climate action, Australia needs the Greens in the Senate to ‘keep the bastards honest,’ and push them on policies that will work to hold up Australia’s end of the bargaining in reducing global warming, tackling tax rorts and acting on the extinction crisis we all face. Lastly, given the Greens will preference Labor ahead of the Liberals in the lower house, you can get the double whammy of voting Green to send a message on climate action, and you also get to change the government and move the country and planet forward. 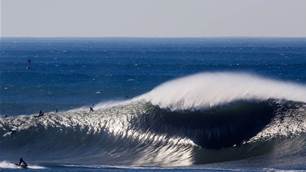 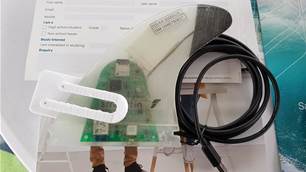 A Surf Fin That Can Help Combat Climate Change 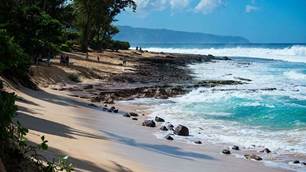