The state of big wave surfing and where it’s headed.

Touring Europe for the big screen premiere tour of the French big wave documentary Vague à l'âme  (Wave of the Soul) Shane Dorian caught up with Tracks to talk about life, the state of big wave surfing and where it’s headed. Here’s his take on...

"I feel I have these two lives. 80 per cent of time I’m at home making school lunches and taking my kids to dance classes and surfing. Then every now and then I’m booking last minute flights and packing 11-foot boards in bags and chasing giant swells. It’s zero to a hundred. I go from a really normal dad lifestyle to this extreme adrenalin fueled environment. I like the balance and like having a sliver of that in my life. I don’t want to have it all the time, but I love being able to flick that switch and I really look forward to those days of big waves." "I love trying to mentor where I can. When I was young I had mentors. I didn’t know anything about surfing big waves, except I liked it. So having someone to give me a road map on how not to die was so important. So giving that back is important. And it’s good just to see what the next generation will achieve. Big wave surfing is still so young and there’s so much innovation and so much young talent that I love being around to see where it will go.

But the beauty of big wave surfing is that you can only help so much. I’m happy to help with advice on surfing the right days and getting the right equipment and that’s all well and good, but when the waves get fucking giant, there’s a surfer and a wave. I’m not there telling anyone to go or not, they are on the own." 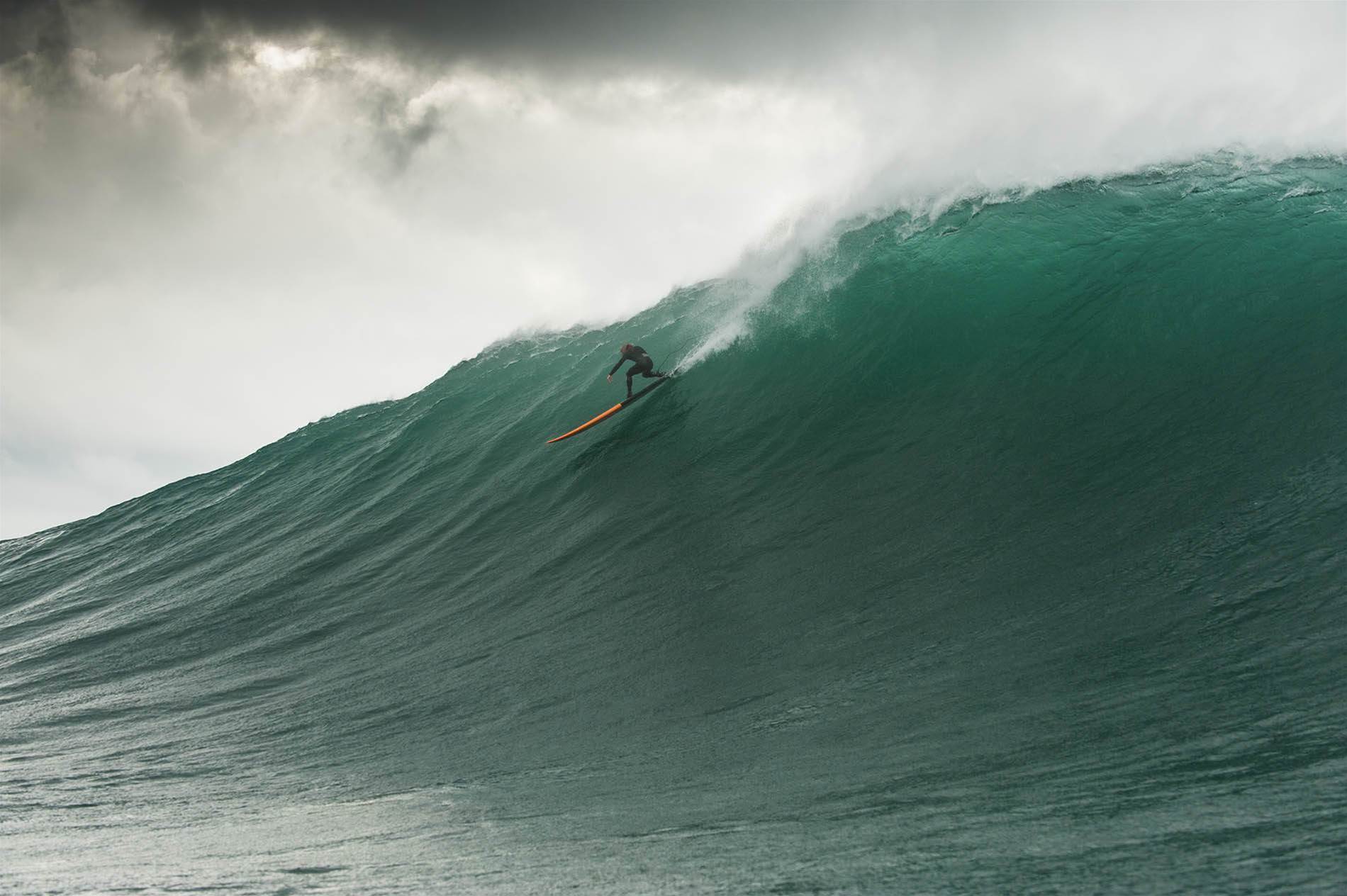 How Big Can Get It

"I think the size of the waves the guys are riding will gradually increase, a few feet here and there. I mean the shit at Nazare is insane, so who knows? People have been saying there’s a limit since forever and those limits keep getting pushed. However it’s still early days. And some of the really epic swells only come every five or ten years. They haven’t even been surfing Nazare for that long, so who knows? That’s the way nature works. A groundbreaking swell could be coming and guys will be ready for it and there’ll be a big jump." "Change is going to come through performance. In the last few decades the best big wave guys didn’t have a whole lot of talent, they just had the biggest balls. They’d go out when nobody else would. It just attracted people who were nuts. These days, you still get those guys, but now we have a much better calibre of surfer who are hungry, talented and dedicated. You match that with the increased safety and the really fast innovation of surfboards and equipment, both board size and design. Physics mean that giant boards are all needed, but guys like Kai Lenny are experimenting and innovating all the time. The change will be continual and fast. We’ll see some rad shit."