Bringing the classroom to the shaping bay.

Did you know that surfboard manufacturing is in the pilot stages of becoming a trade qualification? That’s right, the once lawless provinces of shaping bays and glassing rooms—where nude posters line the walls and grommets get paid loose change to sweep up foam—are about to become places where training modules and competency assessments are discussed alongside the merits of a good single-to-double concave and Peanut’s antics at the pub last Friday. But does this mean the previously ungoverned industry of surfboard manufacturing is about to be swamped by rules, regulations and a bunch of newbies who on paper are more qualified than the dusty old bastards who’ve been planing foam for forty years? Or is it more a case of equipping those starting out in the industry with the skills and knowledge to help facilitate their learning?

‘I’m pretty interested to see what happens,’ says South Coast shaper Dylan Perese of DP Surfboards, when asked what he thinks of shaping becoming an official trade. ‘I can imagine a lot of your older, set-in-their-ways guys in the industry would be scratching their heads.’

Dylan, like many established craftsmen in the surfboard manufacturing industry, has heard of the trade but has little idea of what it entails, or, more importantly, what it means for people like himself who’ve already been making boards for decades. Thankfully, the widely-feared notion that everyone will have to rush out and get accredited is not a likely scenario.

‘If people don’t want to do it they don’t have to,’ says Damon McCarthy from the NSW Department of Industry, who helped map out the pilot program. ‘What we’re about is trying to set some benchmarks and standards, because one of the issues when we were looking into it was that there’s no benchmark in the industry to support what people can and can’t do.’

At present, the pilot program consists of a Certificate III in Engineering Composites Trade, which basically equates to a standardised apprenticeship in glassing, with the potential for participants to move onto a Certificate IV, which covers the shaping side of things, including setting out templates and transferring measurements, learning CAD 2D and CAD 3D designing, and programming CNC machines.

Essentially, what the apprenticeship is designed to do is help those starting out in the surfboard manufacturing industry fast-track their learning in the workplace by giving them a standardised set of training modules, while also providing them with certification once their skillset has been assessed and approved.

Interestingly, despite Dylan’s suggestion that the prospect of a shaping trade could be a cause of concern for some in the industry, Damon says that the catalyst for starting the program actually came when he was approached by manufacturers from within the surfboard industry looking for further training for their staff.

‘What was happening was manufacturers were putting people on who were saying ‘Yeah, I can do that’ and then the manufacturer was realising that actually no, they can’t, the quality of finish isn’t very good,’ he says. ‘But the other side of it too was that they were saying they were getting young people in and starting them off with ding repairs and it was taking a lot of time for them to invest in training and support, and then these people were moving on and doing something else, whereas this way they’re feeling that there’s training and support happening straightaway, so the employees are becoming more productive and the employers are also able to retain these people and make sure they’re getting them up to speed without just having them watch and learn in the background.’

So if the prospect of shaping becoming a trade qualification means those entering into the surfboard manufacturing industry will be supported by standardised training and learning development, and not that the Darren Handleys and Simon Andersons of this country will have to go back to school, would shapers like Dylan be open to taking on apprentices and supporting them to become qualified through an official pathway?

‘Totally,’ says Dylan. ‘My friend at the surfing program at the Illawarra Sports High School has a kid that wants to start an apprenticeship with me next year, so he was talking about looking into the formalities of it. I think the bottom line is it’s a big enough and good enough industry to be recognised officially.’

For those interested in taking part in the pilot program contact Damon McCarthy at NSW Department of Industry via damon.mccarthy@industry.nsw.gov.au or 0413120173 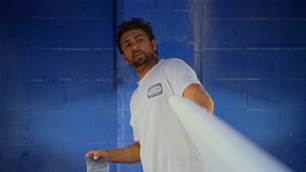 10 in the Bay with Dane Hamilton 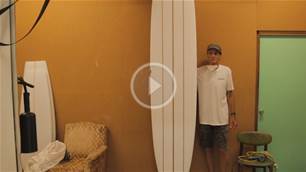 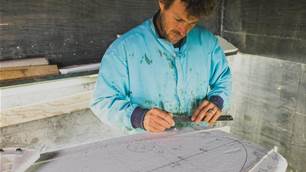