The south of the border stretch where pros come to practise.

The stretch of Northern NSW beach where the fatal shark attack of 60-year-old surfer, Rob Pedretti, took place on Sunday isn’t amongst the most celebrated breaks in the region, but it is popular with the pro surfing fraternity.

The long expanse between Kingscliff and Cabarita sucks in any available south swell and regularly tosses up an array of rippable, hollow banks. The shifting, open-beach peaks are on the radar for local surfers and are also regularly plundered by surfers from north of the border who are seeking respite from the crowded, Coolangatta points – many of the itinerant surfers are pros.

The day before the tragic attack on Rob Pedretti, a number of sponsored riders were surfing less than a km down the beach from the site of the incident. Although there were waves up and down the beach, one particularly high-quality bank had attracted a heavy crowd, comprised of pros and regular surfers making the most of the stellar, long weekend conditions. CT certified surfers Wade Carmichael and Dion Atkinson were amongst those in the water on the day before the attack. 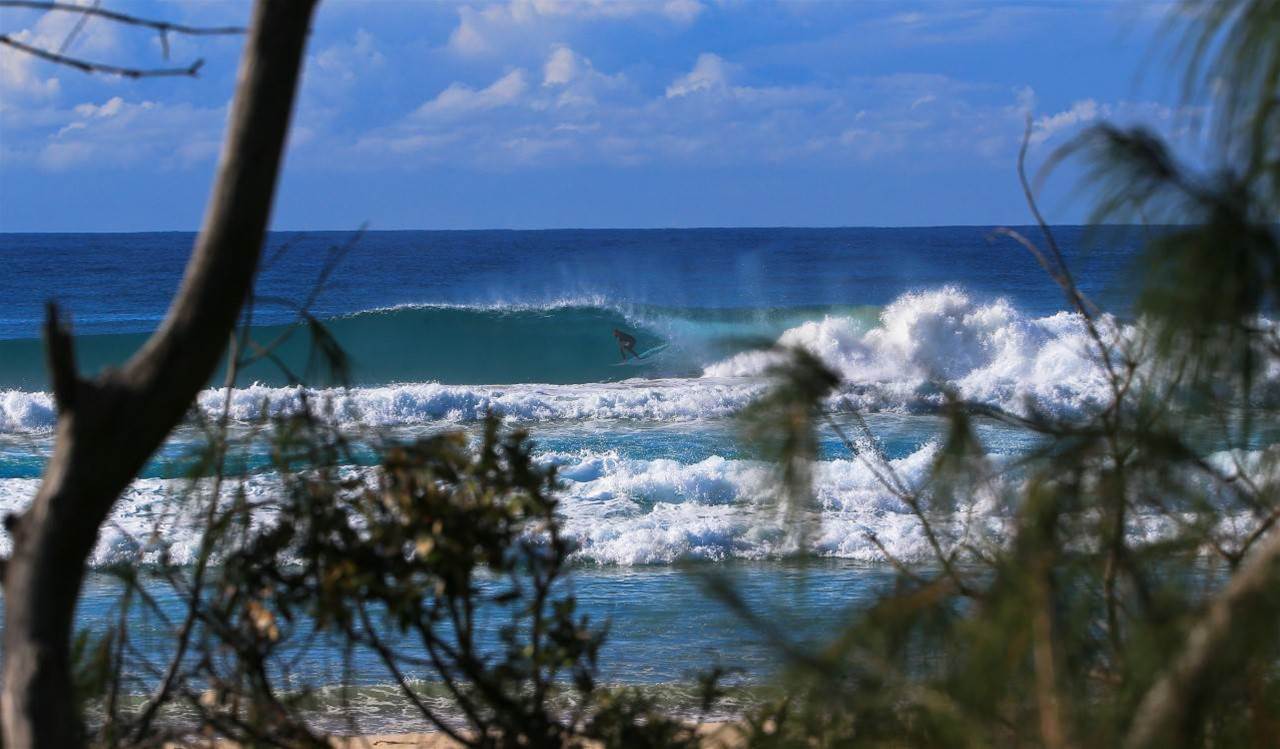 Wade Carmichael, on Saturday, half a km down the beach from the site of Sunday's attack.  Photo: Swilly

Lensman, Simon Williams, photographed the session. “I was about 500 m or more down from the attack site on Saturday,” indicated Williams. “There has been a lot of mullet running on that stretch and heaps of baitfish, plus you have got the migrating whales out wide at the moment… Often you are surfing an outer bank beyond a gutter and any time I’ve swum out there to shoot it has felt a little eerie,” stated Swilly.

Over the past weeks, the stretch has also been surfed regularly by a host of pro surfers including Sally Fitzgibbons, Steph Gilmore, Tyler Wright, Owen Wright, Wade Carmichael, Josh Kerr, and Cooper Chapman.

On bigger days in recent weeks, a handful of pros have been utilising jet-skis to do step-offs, avoiding a heavy, sweepy paddle out, and securing early entry into the hollow, jacking peaks.

The zone is also a regular go-to for the coaches from the Surfing Australia High-Performance Centre, located at Casuarina, just down from Salt Beach where the attack took place.  Aspiring pros from around Australia travel to Northern NSW to use the sophisticated training facility and practise on the rampy peaks to the North and South of the HPC.

QS surfer, Sheldon Simkus, is another who frequents the stretch. For Sheldon, who lives at Tugun on the Gold Coast, the incident was a little closer to home as Rob Pedretti was a good mate of the father of Sheldon’s flatmate. “He was supposed to be around at our place for beers that night,” lamented Sheldon.

Sheldon also has his own theories on why the stretch between Kingscliff and Cabarita is a hub for marine life. “That section is a little more east than the rest of the coast so the sharks would come in pretty close … there are also a few reefs which I guess they might go in-between… and it’s that time of year where you’ve got a lot of fish around and the whales.” 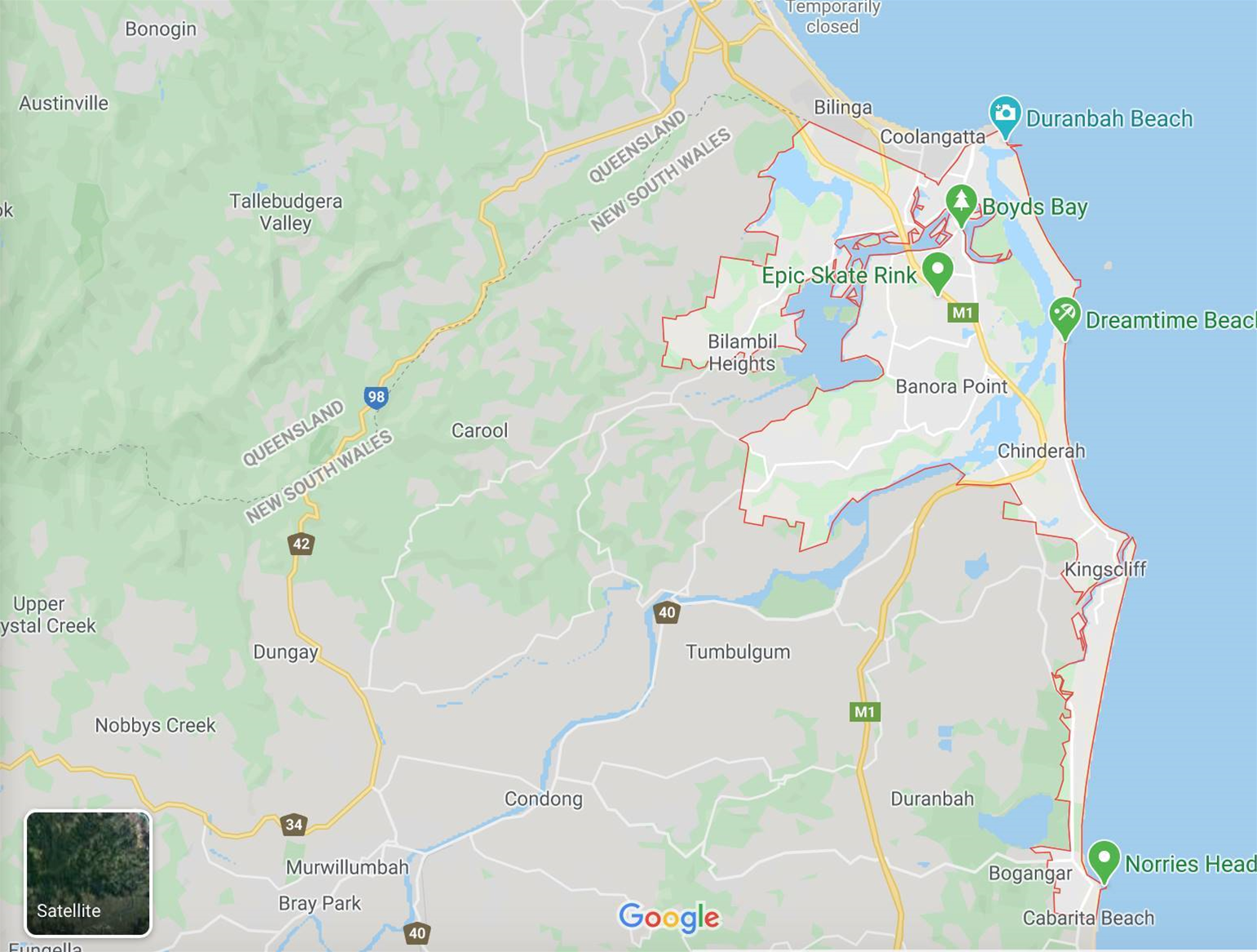 The Tweed Coast, south of the NSW border.

A keen fisherman, Sheldon regularly takes his boat out off the Tweed Coast, which includes the stretch between Tweed Heads and Cabarita. He indicated that on several occasions in recent months he’s hooked fish only to have them poached off the line by sharks. “There’s definitely been a lot of activity,” he insists. Perhaps the heaviest moment came when he and a friend hooked a solid shark. “It took off at a hundred miles an hour… We got it close to the boat and then thought ‘this is only a four and a half metre boat', so we just cut the line.”

As for surfing the stretch between Kingscliff and Cabarita, Sheldon was intent on letting common sense prevail. “I guess at the moment it’s been kind of ruled out… I definitely won’t be going for the dawny down there.”

Commenting on the impact of the attack, Sheldon touched on the fact that a somber mood has resonated all the way up the North Coast and across the Queensland border. “It's sad to see this happen so close to where we all surf. It’s a whole community thing. It’s sad times for everyone.”