The swell is on the way and here's who we'll be watching.

The next couple of days looks to be fairly active in Teahupoo, with a building swell and light winds meaning we could have a winner by mid-week. However with 32 surfers left in the draw choosing a winner remains a fool’s game. Instead we analyse six heats from the next round that that could be pivotal to the outcome of the event. 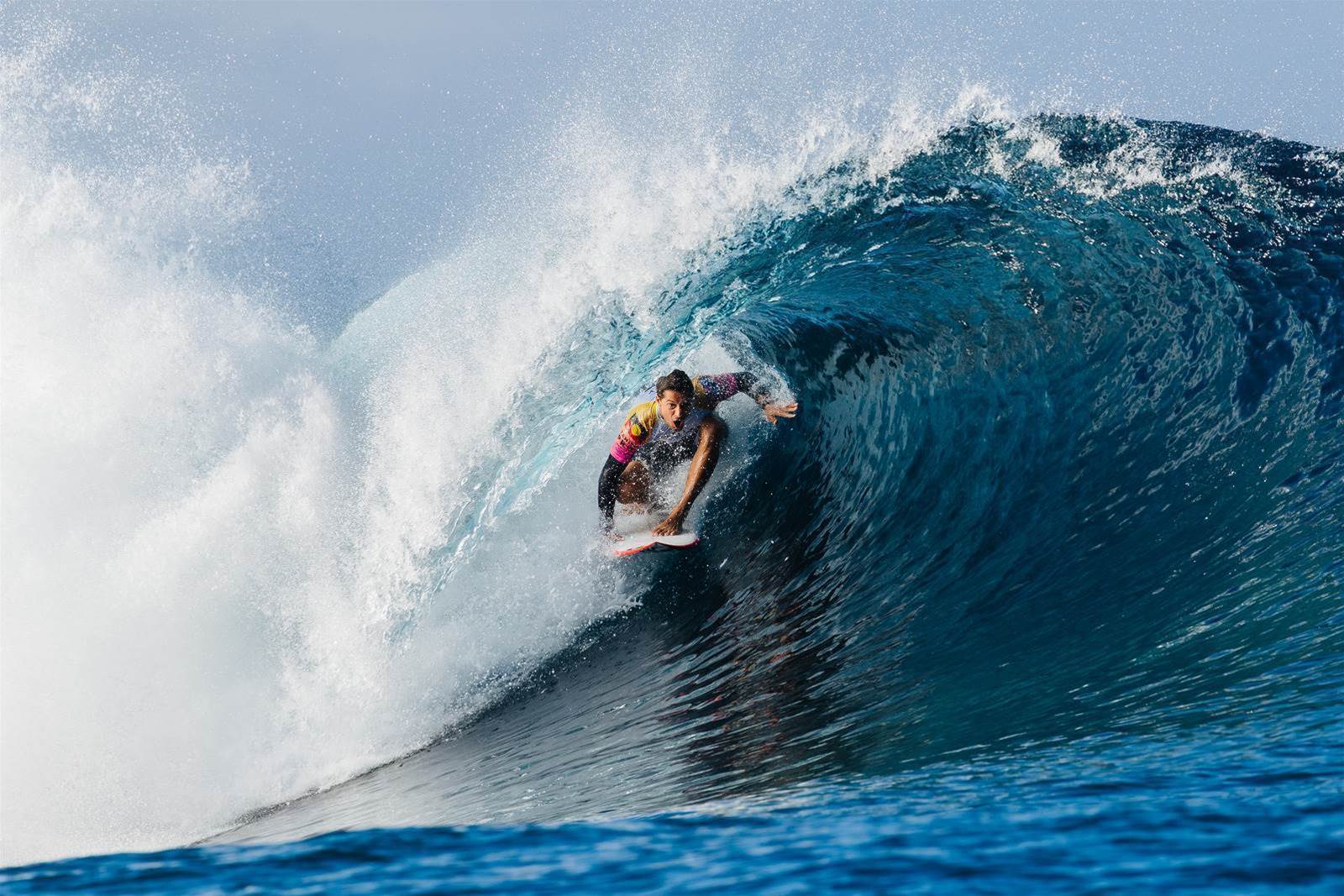 He's won at Pipe before, and solid conditions at Chopes could be just what Soli Bailey needs to get his year back-on-track. WSL/Dunbar

Owen Wright has proved himself at this wave time and time again, and as soon as it switches up a code in size, becomes one of the favourites. A good result in J-Bay sees him, yet again, eyeing off a top ten finish. His consistency means he hasn’t hit any great heights in 2019, but if there was a wave that could provide a podium finish, its this one. Fellow Byron Bay resident Bailey has had a poor year, failing to string together any of the heats he is capable of. His Volcom Pipe Pro win a few years back however does prove his pedigree, and he will be desperate to turn his year round in Tahiti. He’ll need some luck, but if he gets past Wright, this heat could be a turning point.

Michel Bourez’s form here is weirdly atrocious, and he’s never given the huge support, or his talent, the result they deserve. Guilty of trying too hard in the past and has often been unlucky with marginal conditions and injury, there just seems no way that one of Teahupoo’s best ever surfers cannot take out this event as some stage in his career. However in Zietz he has one of the more tougher Round 3 opponents, who has an incredible backside tuberiding technique and plenty of experience at Chopes. If Bourez can stay relaxed he should win, it's a big if though given just how much he and the channel want it.

Adriano de Souza is the currently the forgotten man of professional surfing, his year off through injury meaning surf fans have failed to remember just how gnarly a competitor he is. Early in his career he used Teahupoo as a means to prove both his ability and commitment, and no surfer puts in more time freesurfing during the comp. Mind you know one knows this better than Italo Ferreira, and he will wary of his mentor derailing his World Title chances. You’d have to back the goofy, but Adriano, and those gleaming new teeth, look hungry.

Being World No. 1 means you often face the wildcards early, and Kolohe Andino will need to take on the hard charging, but very inexperienced, Vaast to keep the Jeep Leader's Jersey. Kolohe has continually stepped up at this wave, logging impressive results in some serious conditions. He also has new coolness and general competitive gnarliness that has seen him pepper the Finals Day on a regular basis, without ever actually winning one. The Tahitian wildcards are always the most challenging, and you sense Vaast might fulfil that role for quite some time, but Andino’s steel should get him over the line.

Gift from my talented friend @flo_rey_photo 🎥

Callinan entered the event as the highest placed Aussie and the increasingly looks like the best candidate to carry the surfing hopes of a nation. His technical tuberiding ability and sheer balls is also a relatively underrated aspect of his surfing. Another bonus is that he’s logged plenty of time here surfing in the Trials events over the years. Colapinto however possesses an equal level of talent and slab sliding prowess. However he has only managed three CT heat wins in 2019 and goes into the event lacking confidence and needing a result to keep his top tier dreams alive. It could be that pressure that gives Callinan the upper hand. 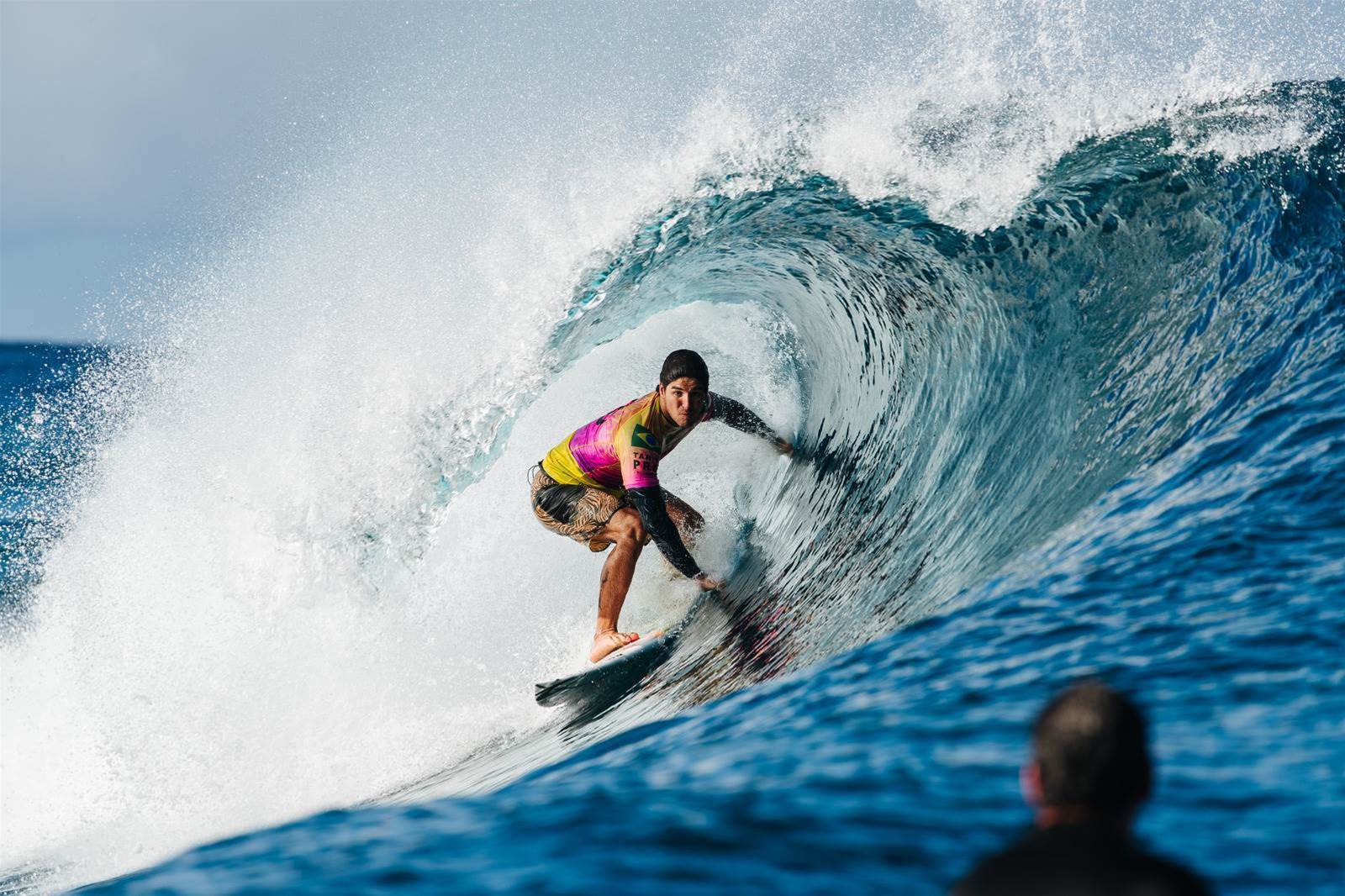 Tahiti has always been a flashpoint for Gabriel Medina's run for the title. Will it ignite this year? WSL/Dunbar

We’ve covered Medina’s dominance at Teahupoo since he won here in 2014 and you’d back the Brazilian to beat anyone in any conditions. No one reads the wave better, or makes fewer mistakes, and it will take something, or someone, very special to take out the favourite. Zeke Lau however is a surfer who thrives on beating the big names and has the Pipe pedigree that could challenge the Brazilian. He also logged the highest score in what was a low scoring Seeding Round, so comes into the matchup with confidence. With no chinks in Medina’s armour he will need the two best waves of the heat, ridden to their full scoring potential, if he is to cause the biggest upset of the Round. 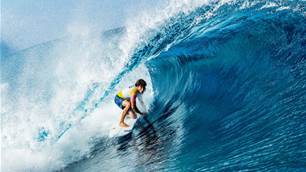 The First Axes Fall at Teahupoo 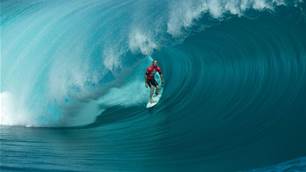