Creative ways to keep you amped when the conditions are sub-par.

Watching the recent Corona Bali Protected Women’s event as well as the Red Bull Air Borne, it dawned on me that sometimes surfing just gets so damn tedious. If the waves are insipid, then the surfing is uninspiring.

The conundrum is, if you don’t paddle out when it’s bad, you’re going to lose your rhythm, your fitness will wane, timing will be suspect and your wherewithal to negotiate a crowd will quickly fade. Here are some ideas to get you motivated.

Six waves. ‘It ain’t a surf until you have ridden six waves…’ Someone said that once upon a time, and it might have been Terry Fitzgerald. That’s not too hard to do. If you get your head around the fact that all you have to do is paddle out and catch six waves, it can be dealt with. Even if it is howling onshore, raining and cold, anyone can go out and catch a quick six.

Another way to change things up a bit is to go for a quick surf without a wetsuit, or at least with less rubber, even if you actually need it. If the waves are uninspiring, then a quick boardies session will do wonders for the psyche to get you out there and charging. You’ll soon get those six waves.

If it’s small, and there aren’t too many people around, then taking your leash off is also a great way to feel loose and unencumbered, and you’ll have little drag, apart from your fins. If you’re really trying hard to get into the water and you’re just not feeling it, then a leash-less session might help you to paddle out and to maybe feel young again.

You could drop it all, and surf finless. It’s relatively hard to take a normal board and surf it with out fins though, and a board shaped for finless surfing will serve you much better here. Still, a quick six waves in boardies on a board with no fins and no leash is going to be a laugh, however you look at it. 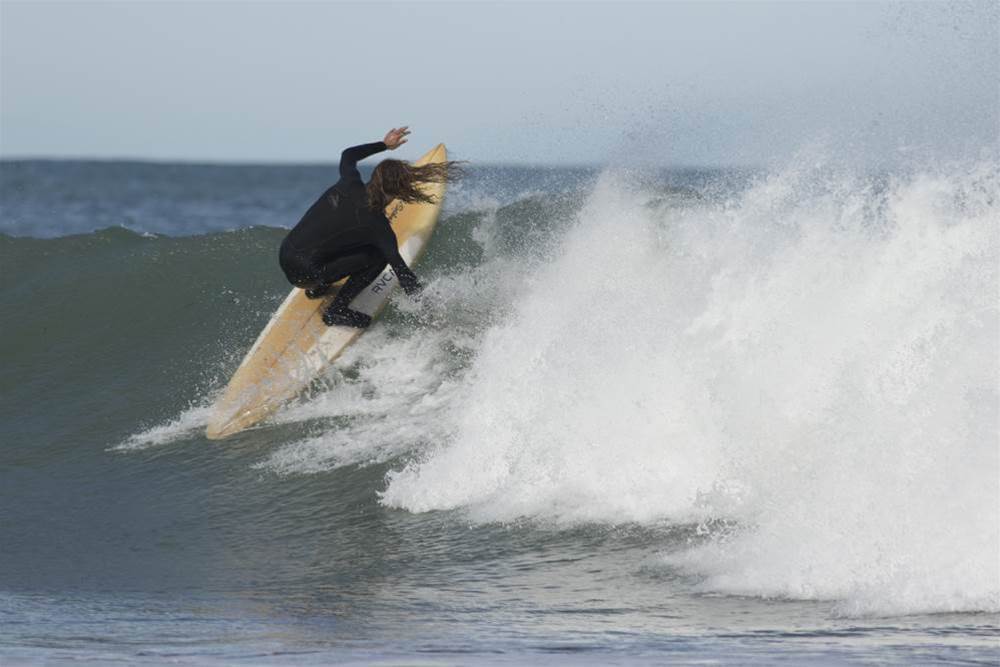 Jordan Rodin having fun in a finless kind of way. Photo: Bill Cervi

Practice heats. If you want to get inspired and are a competitive surfer, then makeshift heats with a friend can turn an ordinary day into a banter-filled, lip-bashing jam session. All you need are those six waves each, and you can hassle your friend all the way to the next beach if you feel like it. Scoring is an honesty system, where you tell your friend what you think you deserved, but it’s not about winning; it’s about training for various heat scenarios, paddling faster, milking little waves to the beach, claiming floaters. All that inspiring stuff.

It is a purely mental exercise, but cleaning your board by scraping your old wax off, polishing it down with a warm cloth, putting some nice new wax on, and giving it a good comb scraping always seems to make a board come alive again. It’s purely because the board has been given some attention and that it looks and feels fresh. It resonates inspiration, and makes you want to go out there and hit it for a quick six. 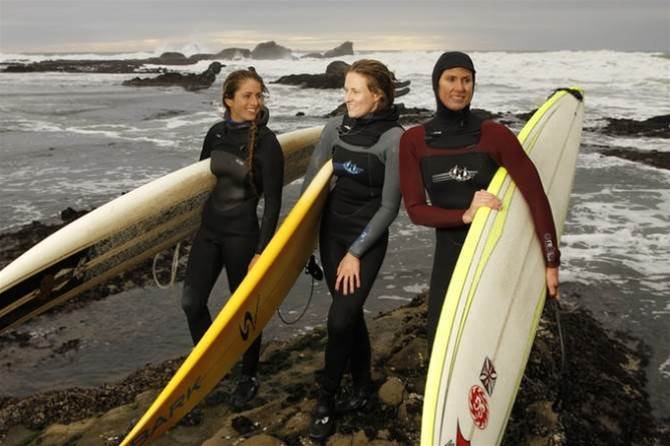 Get a feel for the big wave spear on a small day and you will be better prepared to knife that drop when the swell hits.

Pull out your gun. It’s ok to take a big board out when the waves are small. It’s fun to experience what a big board feels like in tiny surf, especially when it’s bumpy, and it’s an interesting dynamic to change down a gear and retro surf your gun like a long board. You might look a little kookish, but those six waves on a gun are still six waves more than those people in the car park will catch.

Noosa Logging from www.KORDUROY.tv on Vimeo.

Even better, you can surf a full-on log for your six-wave quota. Not a long-board, but a log. This means that the board needs to be a heavy single fin, 9ft or over in length, weighing at least 10 kilograms, with 50/50 rails and no hard edges. That’s a log, and it’s a helluva thing to ride. There is magic trapped in a log however, you just need to find out how to release it to have fun. The magic is tapped through subtlety and with finesse, not with muscle-turns. Find the zone on a log and those six waves will just be the beginning.