Are some surfers, itching to get their daily fix of clips uploaded to the ‘gram, pushing the limits of acceptable venues?

Surfing, once recounted through storytelling and prone to exaggeration, now curates its own image over the Internet and through social media platforms. Where epic segments in Taylor Steele films once memorialized free surfs and launched careers, now, viral edits spliced on PCs and uploaded to Instagram democratize the sport. Unfortunately, democracy has been bearing its warts of late. With Covid’s havoc introducing travel bans, local surfers have little choice but to chase exposure at underexposed spots. Some shredders, itching to get their daily fix of clips uploaded to the ‘gram are pushing the limits of acceptable venues. Filming at underground locations represents a breach of etiquette. Uploading the recorded content to a public platform doubles-down on that faux pas by inviting crowds. Regardless of whether the location is given, amateur surf sleuths can determine details of an underground spot and find their way into the lineup if the waves look tasty enough. And sure, the local may have earned their place in the lineup, but at certain spots, nobody deserves the right to film. Those bringing cameras to unheralded spots are a species of surf paparazzi, or spot-arazzi, because recording those breaks represents an invasion of the wave’s privacy. When it comes time to have a celebrity freak-out on the spot-arazzo, this guide will help determine the appropriate level of ratchet to deploy.

Promise I’ll be kind/ But I won’t stop until that boy is mine/ Baby, you’ll be famous/ chase you down until you love me/ Papa-paparazzi –Lady Gaga, Paparazzi

At Threat Level Heineken Green, the break in question was a secret ten years ago, but word is out and the lineup is regularly 30 people deep. The ‘secrecy’ is more nostalgic than actual. You love the spot, and on a day when you’re ripping you consider asking a photog if they captured any choice shots of you leaning into a hack. You would never post it on social media, but taping the photo in your Sprinter van for posterity could be cute.

At Threat Level Heineken, the biggest reaction justifiable is something on par with the time Kristen Stewart told a paparazzo: “You don’t deserve to breathe the same air as I do.”

Need that picture of you/ It’s so magical/ We’d be so fantastical –Lady Gaga, Paparazzi

When you reach Threat Level Michelob Ultra Pure Gold, your local break was a secret five years ago and you aren’t surprised when 15-20 people are out. It’s still a hidden gem, but it’s only a matter of time before the circus comes to town. At Threat Level Michelob Ultra, you understand needing a magical, fantastical photo at the break, but you cannot condone such whimsy. Ideally, you have a friend or two around to hold your shoulders and arms as you taunt the perpetrator with Justin Bieber’s classic “hold me back, hold me back” claim; implying that were it not for your friend, you would be attacking the cameraperson like the rabid pit bull that is your spirit animal.

Shadow is burnt/ yellow dance and we turn/ my lashes are dry/ purple teardrops I cry, it don’t have a price/ loving you is cherry pie  –Lady Gaga, Paparazzi

Gaga’s imagery conjures toasty summer surfs with the sun setting and the golden hour kissing an underground spot. The love, envy, hate, frustration at the core of a paparazzi’s efforts are complicated and messy.

Finding a camera camped on the beach of a Threat Level Victoria Bitter Amber break is particularly grating because only two years ago you were surfing there alone or with a handful of friends. It may even be a novelty wave, adding to the mystique. Finding eight people in the water is bad enough without the session-spoiling awareness that the combination of a brilliant setting sun, spray sparkling as it is gently coaxed from the lip by the breeze, and a ripper punting backside rotations, means you may find this spot reposted by Surfline for millions to inspect.

Level Victoria Bitter warrants a Hugh Grant degree of vitriol. While surfers may not carry a can of baked beans to hurl at the photographer as Grant did, a bar of wax would surely suffice. Finishing the barrage as Grant did with his savage and unforgivable attack: “I hope your children die of cancer,” ought to drive the point home.

Not sure what it means/ But this photo of us/ it don’t have a price –Lady Gaga, Paparazzi

Threat Level Taj Burrow Honest Ale Red. You discovered this spot. You and several friends are the only ones that surf it. The fraught spot may only be accessible by canoeing through a foggy estuary filled with crocodiles that cross into the ocean and feed, the spot may be on a North Korean military base, the spot may be crawling with deadly water spiders endemic to that break but which have agreed not to bite surfers capable of a strong bottom turn.

At Honest Ale Level, maintaining secrecy is paramount. It is bad enough when some hooligan paddles out, but when you come in from your otherwise tasty session to find a photographer on the beach, you are entitled to throw a Kanye West-caliber hissy fit. Snatch the cameras and break them on the rocks. Take the filmcards out and throw them into the ocean. Jump in and pull the plastic carcasses back out because you would never pollute. Before leaving, drop the cracked cameras and ruined cards back at the photographer’s feet and bellow: “pack your trash.” Those photos don’t have a price because you destroyed them to save your secret spot. 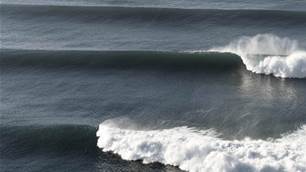 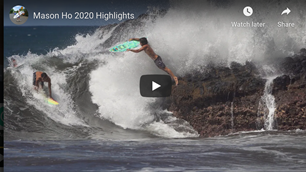