The ill-fated 1994 Tracks trip on the Sri Wedana

Boat charters through Indonesia have come a long way in twenty-five years. Today most operators in the region have a slick act, which includes a la carte dining, comfortable lodgings and guaranteed delivery to the dreamiest waves in the world. If you really want to glam it up you can shelve out US$90 000 for nine nights on the Ratu Motu, eat mud crabs for dinner, get massages between surfs and sleep in a luxurious King size bed.

However, back in 1994 exploring the Mentawai islands was for many a slightly less refined experience. One of the earliest Tracks trips to the Ments was on board the Sri Wedana (pictured). Shaun Munro, Jay Phillips and Mike Rommelse were the assigned talent and Jay remembers being a starry-eyed grommet who needed little convincing to sign on for the trip. “I’d glimpsed a shot of HT’s and that was all I needed.” 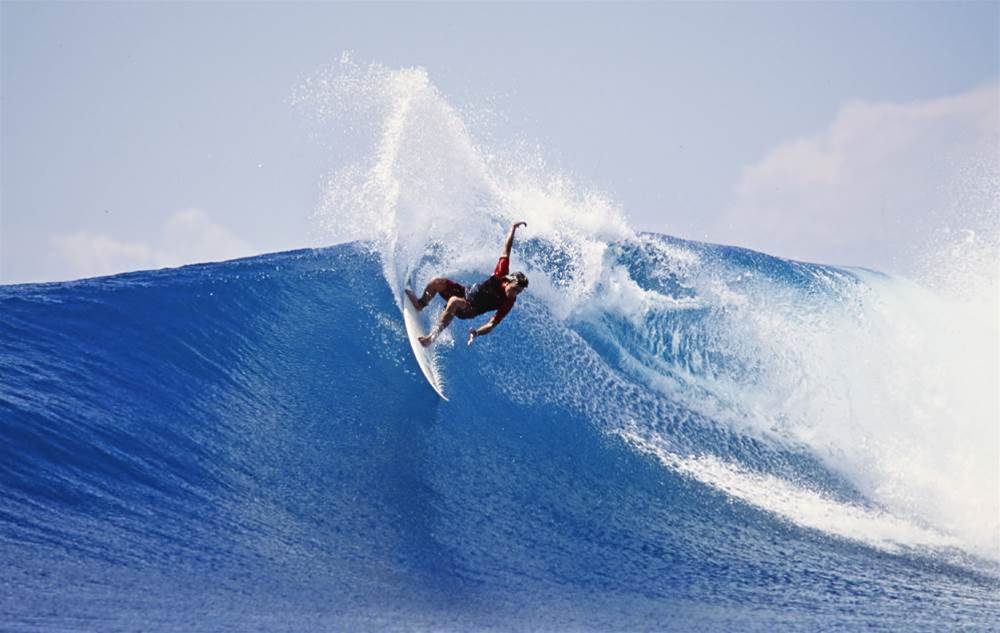 Jay Phillips on rail at Lance's Rights aka HT's.

Several members of the Tracks team were determined not to miss the opportunity for a plum travel perk to surfing’s new Disneyland and Steve Kay, Andrew Kidman, Matty G and Gary Dunne were all on board. Tracks veteran lensman, Tony Nolan was the assigned photographer.

Tony remembers that things got off to an interesting start when, on arrival, they were taken out for dinner in Padang, the Sumatran port town that still serves as the departure point for most charters. “In the restaurant we could see straight through an open door to the kitchen. Sure enough the cooks were in there chopping up chickens and all the food on the tiled kitchen floor.”

Not surprisingly Matty G went down with food poisoning pretty early on.

Tony recalls that after landing in Padang they were transported to the departure port via an impressive modern ferry. Unfortunately the charter that would be their home over the next week wasn’t quite so schmick.

“It was kind of like one of those fishing boats you see illegal immigrants on, on the news,” recalls Tony. "I remember going down to the engine room and seeing two Indonesian crew working on the motor and thinking it looked like something from the 19th century.” However, visions of perfect waves were initially enough to let the passengers overcome any misgivings about the boat. “I didn’t really think about the boat or what shape it was in. I was just excited about surfing great waves with a good crew,” recalls Jay.

The first few days of the trip lived up to expectations. The crew scored Lance’s Lefts, Thunders and the fabled Lance’s Rights without another surfer in sight. “The waves were insane, there was nobody around and it just felt so remote,” remembers Jay. According to Jay the food was akin to what you’d eat on a Bali holiday. “Pancakes for breakfast, Nasi Goreng for lunch or dinner and maybe a fish if you caught it.” 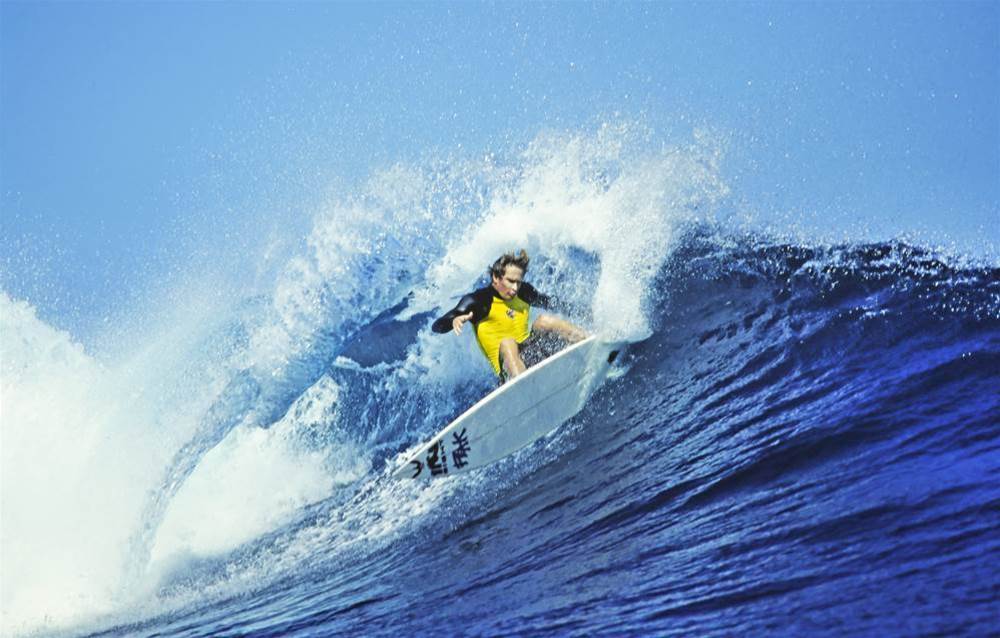 However, while the crew were relishing their time in this new, tropical wonderland on around day five the situation took a turn for the worse when they were told they had to head into Sikakap to refuel. En route to the port the boat blew up, with flames flying and smoke billowing in all directions.

“It was the middle of fucking nowhere,” recalls Tony Nolan who photographed an initial attempt to tow the boat with the rubber-ducky tender. When that proved futile the tender was given a can of fuel and sent on to Sikakap to fetch help. 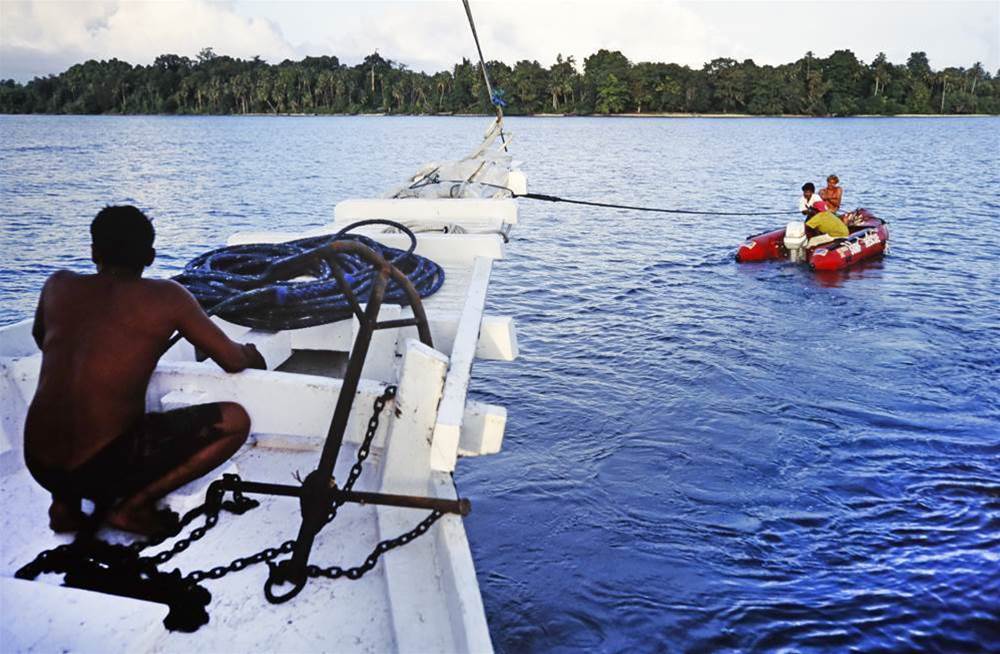 The failed attempt to tow the boat with the rubber ducky tender.

Eventually they were towed back to Sikakap and the trip was brought to a premature end. The crew had to make their way back to Padang on board another boat, which Jay described as being like a “plane on water”. For Jay it had been a double-dose of bad luck. Not only was he disappointed that his experience of Mentawai perfection had been cut short, but the whole debacle and extended travel time meant he missed a trip to the Maldives with Occy and Margo. “I was with Billabong at the time and it was kind of a big chance to make an impact as a grommet,” he laments. Of course it didn’t stop Jay returning to the Ments several more times over the following years. 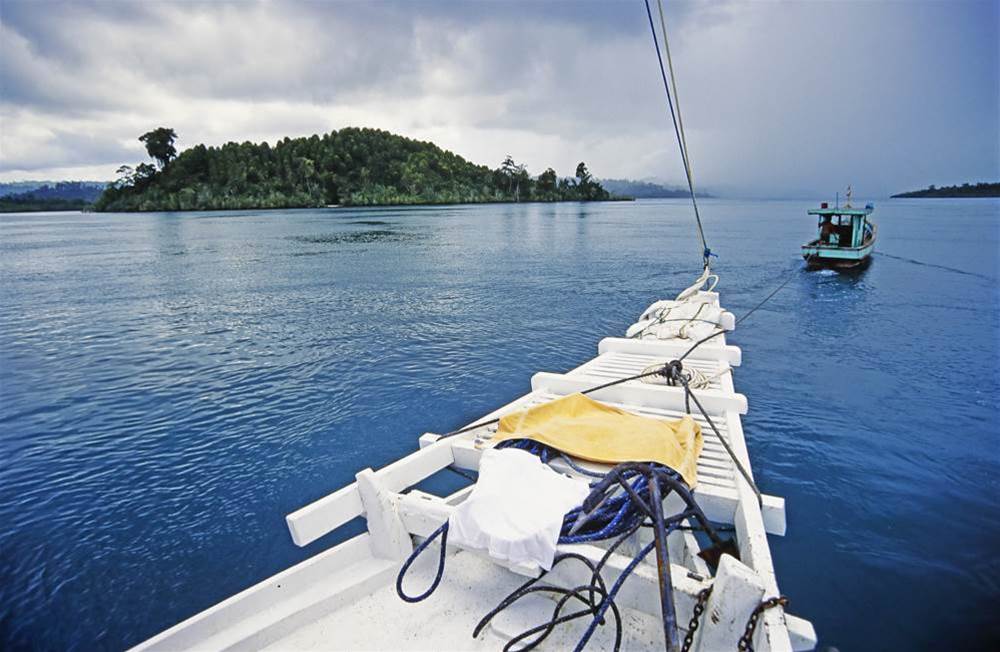