Fates will be decided in the shifty peaks of a wave many feel should be on the WCT tour.

Sunset Beach – the 49th QS event of the year kicked off at Sunset, to start what is sure to be a dramatic season on the North Shore. With much unresolved business on the Qualifying Series, as well as with the goings-on on the Jeep Leaderboard on the Championship Tour, there is going to be a whole lot of sadness, tears, wailing, gnashing of teeth and possibly some self-flagellation on the losers side of the end results. This will be balanced nicely by the popping of corks on sparkling wine bottles, bonus cheques signed, managers patting winning surfers on backs, company directors patting managers on backs and numerous celebrations too wild and partially illegal for us to talk about without the risk of getting sued or losing possible advertising budget going forward.

The event, the HIC Pro presented by Vans, takes place at Sunset Beach; the one venue that many, especially Gary Elkerton, believe should be on the Championship Tour and that Sunset and Pipe should have equal value at the end of the competitive year. Until Hawaii becomes the start of the tour in 2019 that is, but that’s for another story over another beer.

The defending champion of the HIC Pro is none other than überpopular Mason Ho from the clan Ho, a highlight whenever he pops up at whatever event it is. 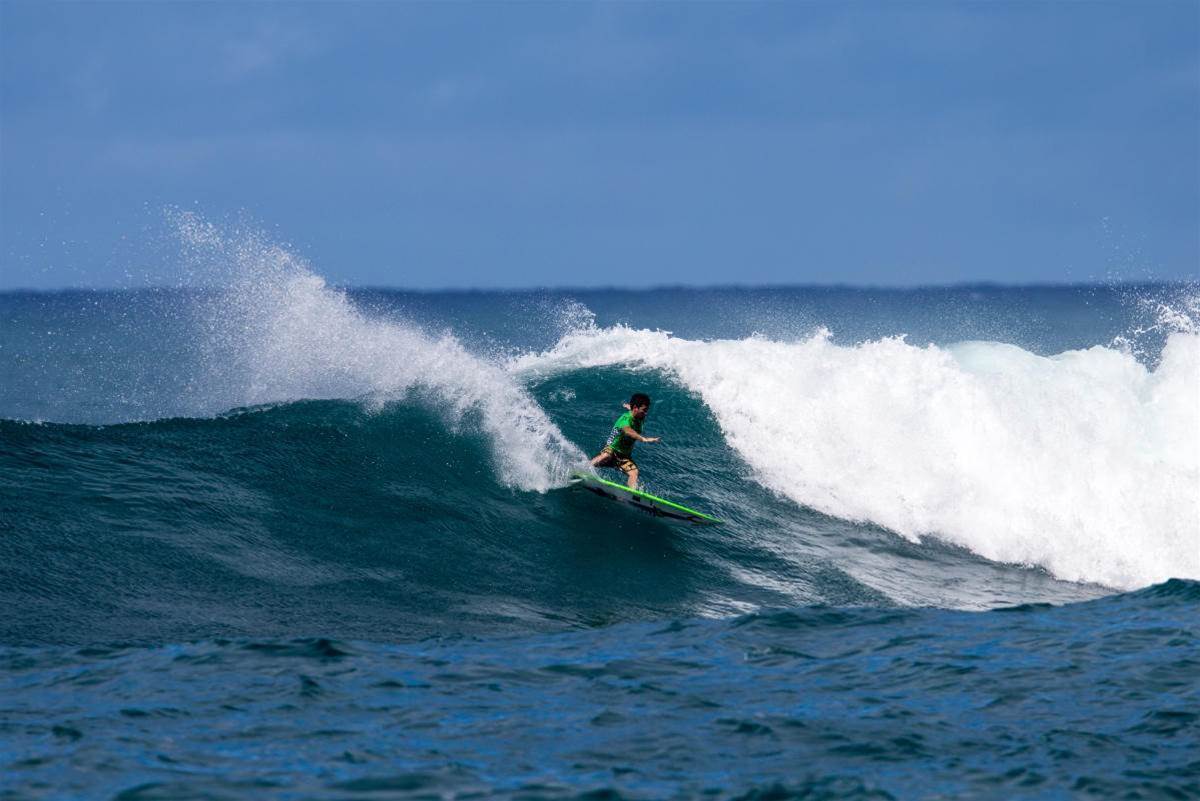 Soon after this 3,000 QS event we move onto the Hawaiian Pro, at Haleiwa. John John won this event last year, and he will no doubt be in the thick of it this year, even though he has a world crown to defend. He does seem entirely irrepressible at this stage in the game, while other CT soldiers are showing signs of fatigue; there’s even a few thousand-yard-stares emanating from some of the more veteran types on the tour.

The Vans World Cup takes place at Sunset, and more often than not gets firing surf at this premier break. It’s defending champion is Jordy Smith, currently very much in the World Title game at third place on the rankings, and itching for a huge result in Hawaii and his first world title. Currently one of the best surfers out at Sunset on any given day, his size and brawn, combined with the correct volume choices in his equipment has worked out perfectly for the big guy and he now dominates the meaty right-hander like few others. Like the previously mentioned Kong, or former world champion Sunny Garcia, Smith is all about power, rail and grunt at Sunset, and it is the one venue where you can’t be accused of pushing too hard. I predict Smith will surge at Sunset and have fun in the process, surfing in a large-scale event that has no World Title consequences.

Then all of a sardine we have the Billabong Pipe Masters, and this tournament is going to be a doozy. Every man and his puppy are predicting for John John to smash it, but while he might be one of the best performers out there, along with JOB, he is not a proven winner in WCT settings. He has somehow not been able to snag a victory  at the Pipe Masters, and he is going to be chased down hard by Jordy and Gabby, both desperately hungry for a world title.

While some surfers on the world tour have suggested that becoming a Pipe Master or winning the Vans Triple Crown is almost akin to a world title; it’s not.

A world title is everything.