Addressing the issue when shifting sands are made static by self-serving meddling.

Seal Point, Cape St Francis – just around the corner from the famous Bruce's Beauties sits the quiet little beach of Seal Point. There is a fun, soft point break as well as a playful little beach break where all the groms learn to surf, and it is also the beach where Kelly Slater, Steph Gilmore, and Sally Fitzgibbons filmed their Breitling watch advert.

It gets pretty good on the beach at times, but also produces months of endless close-outs. More straight-handers than you thought possible for most of the winter. It's only the shoulder seasons where you see any form of banks or action taking place there.

During the JBay Open, there are usually quite a few pros popping in and having a surf on the beach or the point, and at a few other places around the corner. It picks up a lot of certain swell directions. Still, it is a mellow vibe in the area.

Over the last decade, a few homeowners have been dumping thatch on the dunes in front of their houses. This has gradually stabilized the dunes, ensuring that no sand blows onto their properties during the summer onshores, and keeps their views smooth and static.

This has gone on for a long time unchecked until recently the dune stabilization reached a new pinnacle. A 20-foot wall of sand, the front edge of the stabilized dunes, reached the high tide mark. The decades-long incremental creep had become real. 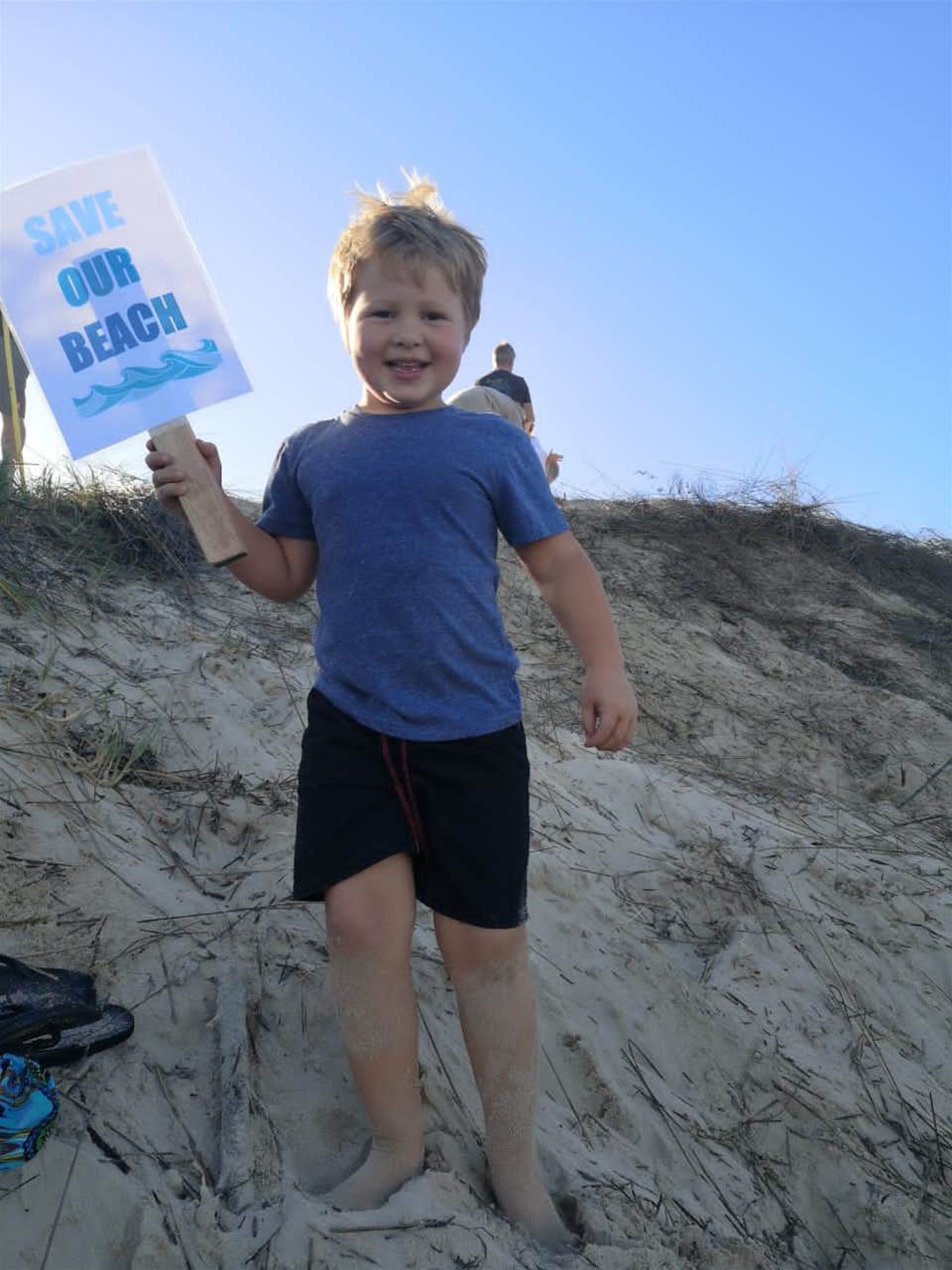 Smiling grommet enjoying the community spirit associated with the quest to get the beach back.

As the summer season approaches the southern hemisphere, this little village is suddenly virtually beachless at high tide.

There is a double bummer going on in the area though. The beaches of St Francis Bay, the next bay along the coast and the bay that is host to Bruce's Beauties, is also without a beach. This is the result of 40 years of unchecked erosion. There is a plan in place here, but while that plan is going through an extended Environmental Impact Assessment, Seal Point beach is the preferred location for the summer throngs.

This year they are going to be in for a surprise. The massive dune cresting into the high tide zone has created a backwash berm, surging into the lineup and ruining the waves in front. It has also caused enough backwash to drag dogs, or possibly small children into the water.

The local municipality is well aware of the situation. Still, the processes are sometimes ponderous in the corridors of power, while the threat is genuine at this present moment. On top of this, local residents and surfers are more than riled up with the situation. The dune stabilization has been done without any sense of community consideration, motivated only by self-interest.

So the locals decided to step it up.

On Wednesday this week about a hundred people - surfers, moms, dads and kids, grandparent, dogs, and entire families - arrived at the beach, climbed the unnatural dune, and started removing the dumped thatch. 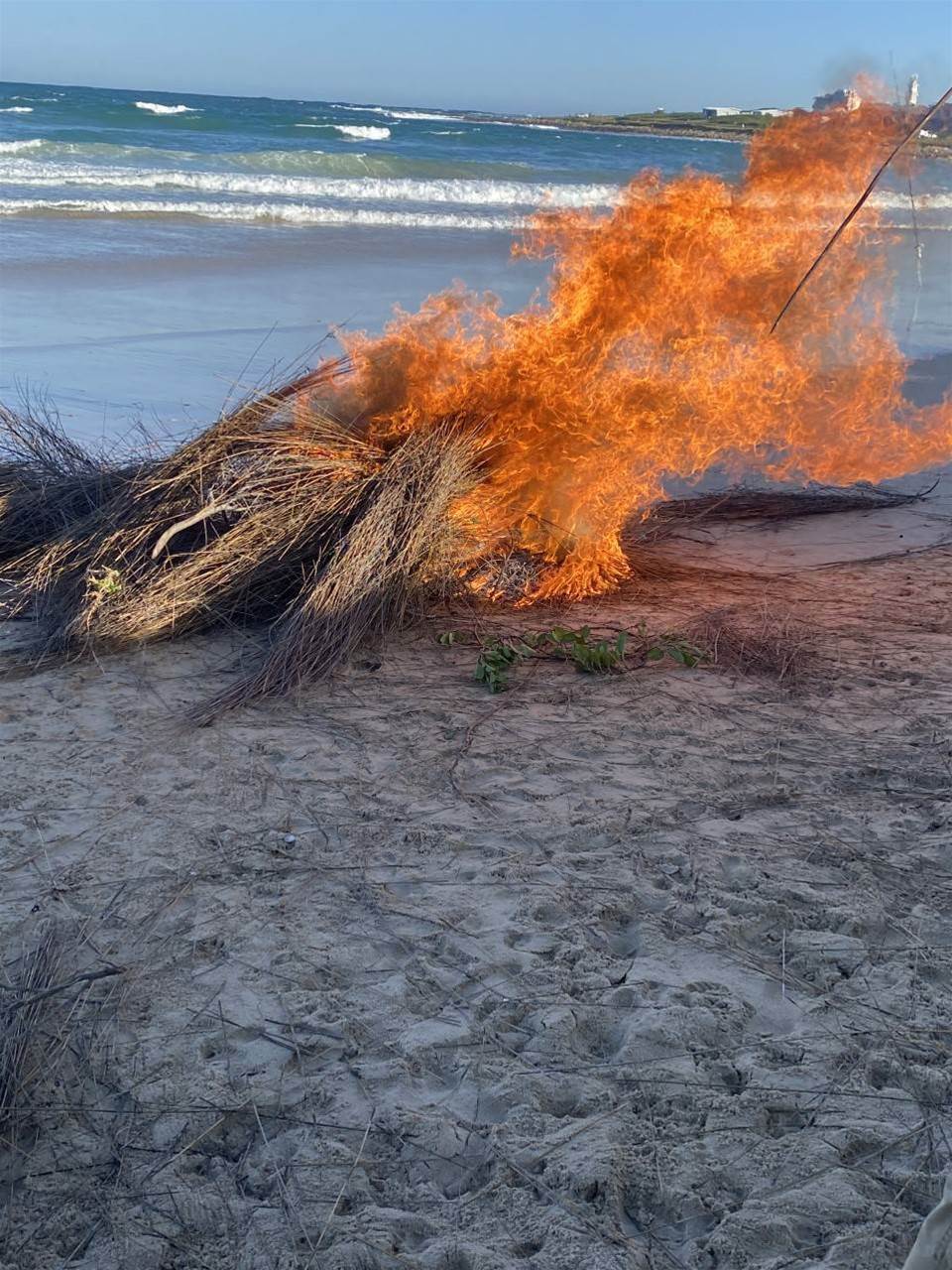 The thatch is great for a bonfire but stifles the natural sand movement.

The task was onerous, and it seemed futile, so much sand dune has been stabilized that it looked impossible to do by hand. But everyone climbed in. Everyone raked, carried the thatch, sweated, and laughed together. Most importantly, the locals started something.

In the big scheme of things, and we as surfers all know this, it is common for landowners to do something in front of their house if it is on the beach. Sometimes they build a little rockery, a small barbeque pit or area, a square of grass and an outside shower or whatever. Most of us would turn a blind eye to this, or even more, but when it runs rampant and steals close to one hundred meters of beach and is 20-foot high on the sharp edge, it's not fuckin cricket.

At the end of the day, there was a great spirit, and there was an enormous sense of community. There were also some brilliant and connected people who, when presented with this picture for the first time, started applying their minds to the big picture, of how to reclaim their beach. The locals have a bunch of very esteemed people on their side, including a globally renowned vegetation ecologist and conservation scientist.

There is a plan. The residents and surfers are livid, and combined with the rest of the local community, are going to get their beach back, and maybe get their old sandbanks back as well. I know this is a specific case, but I’m sure similar scenarios are playing out around the globe. Perhaps the actions taken by the Seal Point community can provide a little inspiration to surfers and genuine beach-lovers on other coastlines. 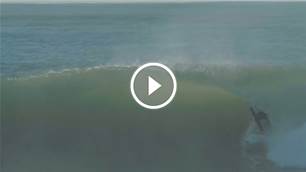