A day for the underdogs as Nathan Hedge, Heath Joske and Brent Dorrington all advance. 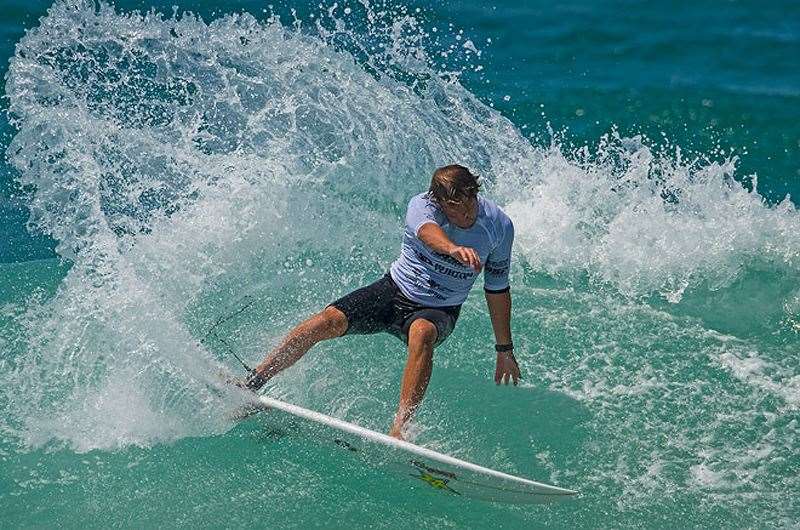 Hawaii's Granger Larsen leaving nothing to chance throwing the tail in his round 4 heat win at Surfest today. Photo by ASP/Robertson

Observing day three of the Burton Toyota Pro one think was clear. People in Newcastle really love dogs. And not just any dog, here the Boston Terrier reigns supreme. Everywhere I looked there was a constant stream of these compactly built, well-proportioned breeds, ears erect with their short muzzle locked on anything than moved.

These 6 Star events also attract another breed of surfer, the underdog. Matched up was heat upon heat of former WCT surfers and QS journeyman. Surfers that have felt the full scale of emotions, from dizzying highs to depth defying lows.

I bumped into Heath Joske early and asked him what he made of the conditions? “A couple of eights out there for sure,” he said. We both burst out laughing; it was 2ft, onshore and not helped by a dead low tide. Heath looks on the bright side of life and would have hardly been put off by conditions. He later got through his heat with a series of punctuated hooks in the pocket, dancing down the line to stomp the shorebreak.

His counterpart who took out their heat is the mother of all underdogs, Nathan Hedge. The Hog looked sharp as a tack, finding scoring opportunities on every inch of wave face. His backhand snaps were like watching spring recoil as one after the other chased down the zippy bowls into the inside on every exchange.

“I’m in a good spot, I was on tour for 13 years and now I’ve had a couple of years off to get refreshed and get a bit of perspective on things. It’s pretty good, I’m a lot healthier and fitter these days and a lot more mature and experienced between the ears,” said Hedge after his heat. 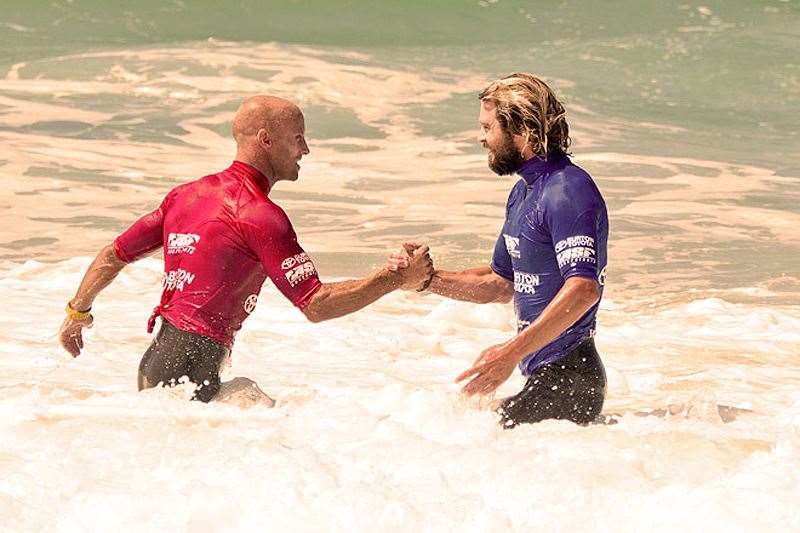 Veteran Nathan Hedge and Heath Joske feeling the love in round 4. Photo by ASP/Will Hayden-Smith

Brent Dorrington may be small in stature but he makes up for it in performances. Recently in Hawaii he threw himself mercifully into bombs at Pipeline, free falling the height of two story buildings during the Volcom Pipeline Pro. Midget, as he’s affectionately known took flight with a combination of aerials and frontside gouges grinding through to the next round proving he can sizzle any conditions.

Dion Atkinson took out his heat with trademark power surfing as the swell began to rise. The previous champion seems to have the place wired, time and time again wrapping his forehand cutback expertly down the line before blasting the lip to smithereens. I asked him after his heat win about the affinity he has with the place.

“I dunno it’s weird, sometimes I come here and I don’t actually know how confident I feel. It all seems to just happen for me. I don’t know whether it’s Mother Nature playing a part too. This wave here at Merewether is like similar reef breaks I have back home. I’m just loving it.”

With 16 surfers remaining the final day of competition is set to conclude tomorrow. Adriano De Souza was also on fire today as was Granger Larsen from Hawaii. Local favourite, Jake Sylvester is still in the mix as is Port Macquarie’s Matt Banting.

Watch all the action live from Surfest 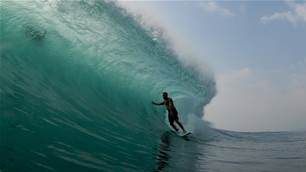 Watch Brent Dorrington Plaster Himself All Over Indo 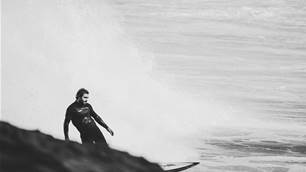