But will you be watching?

If you’ve been feeling starved for pro surfing fear not surf fans. Surfing Australia has come to the rescue with a novel surf competition like we’ve never seen before. RIVALS, a 13-episode TV series airing August 2020 will see previous World Champs Mick Fanning & Joel Parkinson along with eleven former CT veterans come out of retirement in a virtual competition.

Each competitor will have two hours at their local and their best three waves judged and scored by the public via online platform www.clippero.com and Olympic Surfing Head Judge Glen Elliott.

“This will be the most-watched event in Australian surfing history,” says the bullish press release.

“For surf fans, all the memories will come flooding back of these mighty competitors. The speed, style, power, innovation, and aggression this group of surfing greats displayed in their heyday hasn’t gone anywhere. With a forty-five-day competition window, there will be no shortage of barrels, big turns, and crazy moments.”

Big call but former pros are backing the concept with some having already logged their sessions and are eagerly awaiting scrutiny from the masses.

“Surfing with those two for so long (Joel and Mick), when there’s no heat on, there’s a heat on! We have always fed off each other in that way and that’s a big part of how we all got so good,” says Dingo Morrison.

One surfer I’m genuinely excited to see is Coffs Harbour’s Shaun Cansdell. The stylish goofy-footer had a silky style like Parko but faded into the background after being bumped off the CT in 2007 and later dropped from sponsor Billabong. These days he’s shaping boards under his label and tending to his young family. It’ll be awesome to see one of Australia’s most underrated surfers in action again.

One notable admission, however, is Ginger Ninja, aka Mick Campbell. Willsy’s former stablemate on Tour and arguably one of the best surfers of all time should have been a shoo-in. Campo is most likely fishing and surfing around Australia and living the good life off the grid with his girl Tahlija Redgard and couldn’t give a stuff about surf comps.

MICK CAMPBELL AND TAHLIJA REDGARD IN INDONESIA from Iñigo Grasset on Vimeo.

A couple of weeks back we posed the question that the WSL needed to adapt or get passed by while it idled in neutral trying to ride out the Covid-19 pandemic.

Despite rumours that the WSL is for sale to the tune of $150 million or a possible restart to competition in October, they are sticking to hitching their cart to their content farm with shows like Lawn Patrol to fill the void. Much has been written recently as to whether the care factor is even there for surfing as a sport and not just our favourite pastime. RIVALS will be a litmus test for whether surfing still rates for mainstream and core audiences alike.

Despite the WSL and the current E-LO/Ziff vision for pro surfing to crossover and appeal to everyone from Milwaukee to Rio de Janeiro historical online viewership has always been low relative to the number of surfers globally.

The vast segment of surfers I have spoken with in recent months hasn’t missed tuning into the Wozzle. That’s despite many being out of work or working fewer hours. More people are surfing but they aren’t missing pro surfing per se. The point was hammered home in a recent piece by Stu Nettle from Swellnet who summed up why pro surfing continues to fall short and entice the mainstream with this: “Surf contests are too slow, too complex, and in the world of extreme sports, too safe.”

Unless it’s Garrett McNamara surfing a 100-foot wave at Nazare or total carnage at Jaws most people don’t understand the nuances of pro surfing and a lot of surfers don’t even care about competition unless a rivalry or epic showdown between Gabe Medina or John John is served up at pumping Chopes or Pipeline. Last year’s world title showdown at Pipe between Italo and Medina is the high water mark all surf contests should be measured against.

RIVALS might whet our appetite or appeal to sentimental surfers out there but more likely it’ll be shelved for a 10 am time slot on Nine’s Wide World of Sport.

Tracks has reached out to the WSL to comment on the rumours surrounding a Tour restart later this year but they remain tight-lipped. Some might wait with bated breath for the next call but many have already moved on. 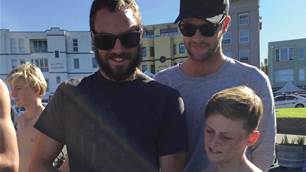 LiveHeats: Chris Friend and Fernando Freire have the Right Formula 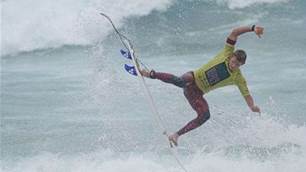 Surfing no longer just a "fringe" sport in Australia