Why Hollywood keeps going back to the big wave narrative and why the WSL should.

Big waves, big boards and bravado are the hallmarks of every surf image ingrained in Average Joe’s mind when it comes to our sport. It’s not the double rotator that Filipe did at J-Bay or the Gorkin flip Medina pulled in France, but put Pe’ahi on the big screen at the pub and heads will turn. Big waves at Nazare, Mavericks, Jaws and Waimea are what sucks the mainstream into our niche sport. 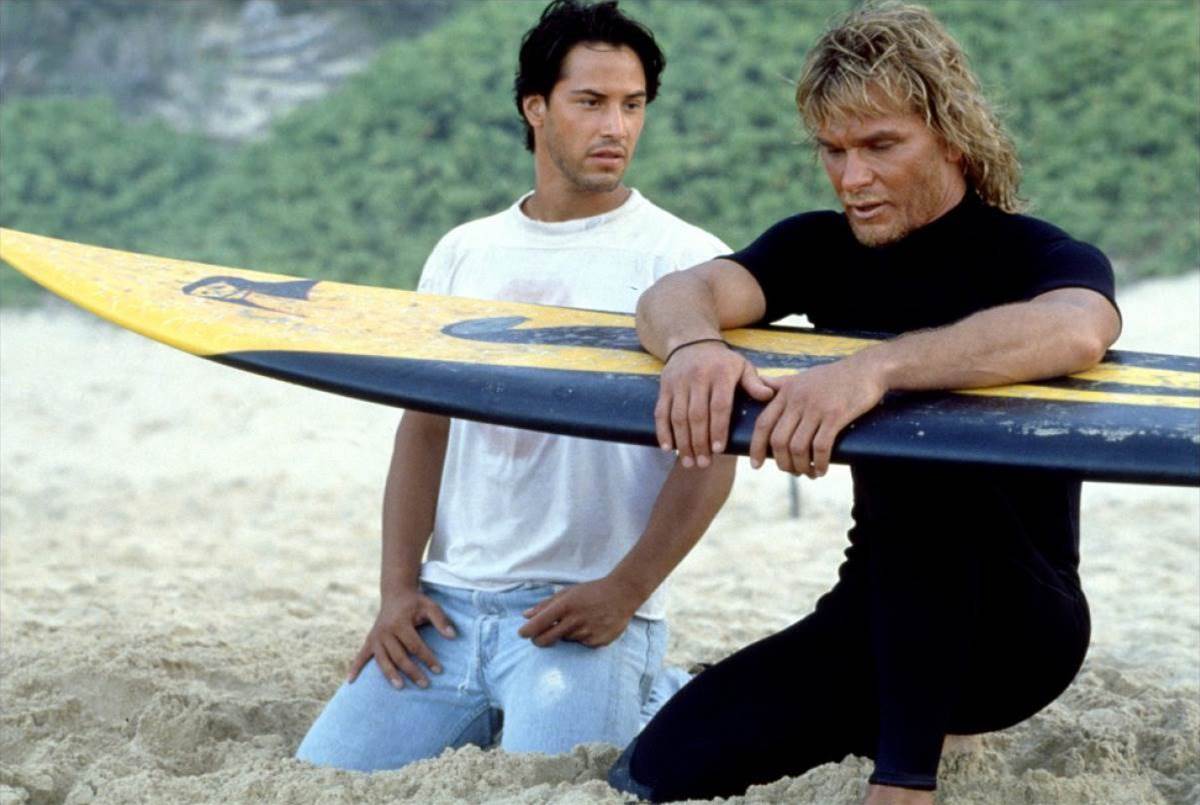 Point Break captured the imagination of surfers and non-surfers alike. Are the WSL on point with their big wave marketing strategy?

So why doesn’t the WSL just jump on the big wave bus and milk it for all it’s worth? The box office has been doing it for years. Not a year goes by without a documentary or Hollywood blockbuster coming to a theatre near you. From Chasing Mavericks, Riding Giants, In Gods Hands, Big Wednesday, Drift, Point Break 2 and the soon to be released Breath, and Laird Hamiton’s biopic Take Every Wave. There seems no end in sight for the big wave narrative.

Big Teahupoo is probably the only wave on tour that can grab mainstream Mike by the retinas and glue him to a screen. The Chopes Code Red swell in 2011 put Nathan Fletcher on six covers around the world and into our lounge rooms. Fletcher was recently featured in a biopic by renowned filmmaker Michael Oblowitz in Heavy Water. The action-doco recently won best film at The Byron Bay Film Festival. It’s worth emphasizing that this was a general film festival where Heavy Water was up against everything from dramas about terrorists to docos about trending topics like the gay marriage vote.

The Northern Hemisphere events of the WSL’s Big Wave World Tour opened earlier this week. Events are set to take place at Nazaré in Portugal, Pe'ahi in Hawaii, and Mavericks in California with waiting periods running all the way through to Feb 28, 2018. Earlier this year Kai Lenny took out the first event of the season, at Puerto Escondido in Mexico. Lenny leads the men's BWWT rankings with Aussie Jamie Mitchell in second place, Tom Lowe from Great Britain in third and Hawaiian Billy Kemper fourth.

But sitting through the drudgery of a BWWT event isn’t for everyone. The lulls are long, the conditions can deteriorate and the closeouts are many. The 2-3-minute package of Puerto full of wipeouts and miracle tubes is tolerable, providing a neat summary of the entire event.

Former plumber, and Brit, Andrew Cotton, made CNN when they proclaimed he was on a quest to catch a 100-foot wave. The media’s infatuation with these sea monsters goes beyond the outliers like Cotton. The mainstream media know a good weather story when they see it. And without fail as a large south swell marches up the eastern seaboard images of the kamikaze everyday surfer taking on nature and having a hell time are tacked onto the nightly news bulletin.

So, are the WSL squandering an opportunity by not embracing their big wave heroes?

Any moment the WSL will announce a revamped CT for 2018/19. The season shortened, events cut but surfer numbers reportedly will remain the same – at least for now. It’ll whip the surf media into a frenzy but it won’t be a blip on the mainstream media. However, you can bet if Nazare gets to 100-foot and someone risks their life to ride a wave it’ll make the news.