The power of ZoSea, ASP moves to LA, new event for Indo, mid-heat advertising and the truth about Terry. 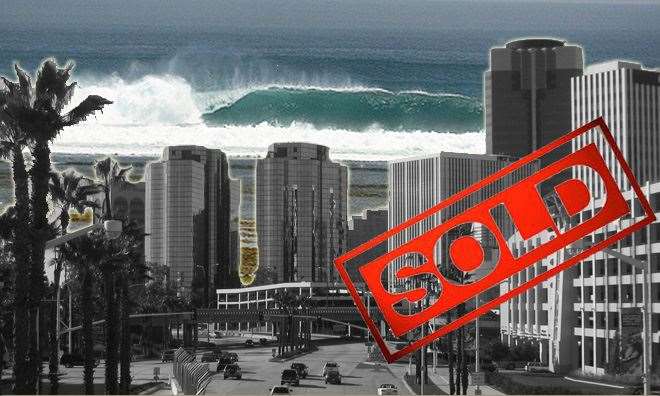 The sport of surfing has been sold. For many people this means nothing, as they believe that the sport was sold a long, long time ago. Still, in the biggest fundamental change in professional surfing in 30 years, the ownership of the sport is set to change hands. Should we be pleased with this? Oh yes, and wholeheartedly. Should we be nervous with all of this as well? Fuck yes.

The company that has bought surfing is called ZoSea, and it apparently comprises an equity group made up of  ‘the best media partners and sports execs out there.’ Which is great on paper, but the theory is that they have bought the sport of surfing, lock stock and firing barrels. Which means that there is lucre involved. Filthy lucre.

Contrary to what has been published so far, the ZoSea/ASP deal comes off a very solid and far-reaching business plan. The very idea that the entire concept and ownership was signed off with, and I quote, “no solidified business plan” does seem hard to believe in hindsight, doesn’t it? The board members, the surfers reps, the brands and everyone else involved in ASP surfing over the last 30 years are notoriously shy when it comes to signatures, and are also famously picky when it comes to the small print. They would not have signed away an entire sport if there weren’t a solid business deal in place that showed endless promise, total foresight, all the cold-hard-facts, as well as a ticked off balance sheet that had all the plus signs and the zeros in the right columns. 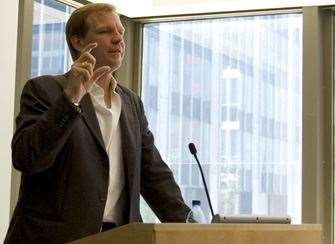 There is most definitely a concrete business plan in place, the clichéd 5-year-plan, but it is gong to take a long time before it is fully implemented. The real changes will only start showing in 2014. According to our source, who admonished me in the process and I quote verbatim, “C’mon, there is no way this would be going forward if the business plan wasn’t crystal clear!”

Contrary to what has been published and speculated so far Terry Hardy is not the pivotal figure behind the whole deal, and he is not going to be the main man behind ZoSea when it takes control. Terry, who is Kelly Slater’s manager, is merely an interim spokesperson for ZoSea and will apparently have no executive role with ZoSea when the deal comes into place. Paul Speaker [pictured left] is set to resign from his seat on the Quiksilver Board of Directors when everything kicks in, in order to assume his role with ZoSea.

"C’mon, there is no way this would be going forward if the business plan wasn’t crystal clear!"

The ASP as we know (and love) it right now will cease to exist over the next two years – and from the ashes a new phoenix will rise and settle in Los Angles. Yes, the new ASP is going to be based in Los Angeles. The current ASP management team will remain untouched until the end of 2013, and by then we will see a few changes. ZoSea will run the World Championship Tour events, while the ASP will continue to run the World Qualifying Series and the Prime events, which will feed to the WCT unchanged.

What is fact is that ZoSea will take over the majority interest of the ASP board. According to our source, the control of the big three has been broken and no one party can control the pure surfing aspects of the tour anymore. Which is a good thing – in case you were wondering.

Everyone is asking about non-surfing companies charging in to take over, but it’s really not as simple as that. The full quotas of events are confirmed already for 2013, and no new licenses are going to come into being. There is a new event already signed, and it’s going to be a fucking cracker of an event, (it’s going to be held in Indonesia somewhere) but we’re not going to suddenly see an influx of fast food chains and soft-drink companies hijacking our sport. Not just yet.

What are the changes that we as end users and stakeholders can expect in amidst the impending upheaval? Are we going to have to pay-to-view webcasts? Is there going to be a high-end stream for paying customers, and a low-end buffering stream for free? What else are we going to have to pay for to watch our favourite surfers in the best waves in the world? No one really seems to be able to answer this question, or want to, but the underlying rumour is that there is a lot of dead time during webcasts, and this is going to be replaced by advertising slots. So instead of waiting for two surfers to paddle up the point at Jeffreys Bay (which might verily return to WCT status under the new system) we will be forced to watch advertising slots. They are going to be mighty irritating at first, but everything we watch is interrupted by advertising these days, and eventually our brains will figure it out, filter what needs to be filtered, and allow us to concentrate on the surfing. And really, what is worse? Watching a beautiful girl in a bikini trying to sell us a cold drink or watching two surfers sitting silently next to each other in a flat ocean between sets while two over-the-hill ex-pro commentators try their best to keep the interest up by repeating facts and retelling monotone stories ad nauseam of when they were contenders and ferocious competitors? Just saying…

No matter how you dissect it, the sport of surfing has been sold, and it is, as mentioned, the biggest fundamental change in 30 years. Despite the impending seismic change, it seems to be in good hands.

Don’t forget that in 1982 the IPS became the ASP when Ian Cairns, along with unanimous surfer support, took over from Randy Rarick and Fred Hemmings. It’s 30 years down the line and history is repeating itself. 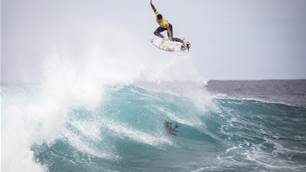