Surfing Stereotypes: Countries. Do you hold any prejudices when you paddle out?

“Stereotypes, they're sensual, cultural weapons. That's the way that we attack people. At an artistic level, stereotypes are terrible writing.” Junot Diaz

“Some people say my humor focuses too much on stereotypes. It doesn't. It focuses on facts.” Sarah Silverman

In an ongoing Tracks series, we are look at surfing’s key stereotypes. From whole countries, to entire states, the craft we ride, hair colour, to where we stash our keys before a surf, surfing is positively shitting itself with stereotypes. To not ridicule them, well, would be fucking ridiculous.

So in our first installment, we look at countries, that easiest of all the lazy stereotypes. As Frank Zappa said, “You can't be a real country unless you have a beer and an airline - it helps if you have some kind of a football team, or some nuclear weapons, but at the very least you need a beer.” 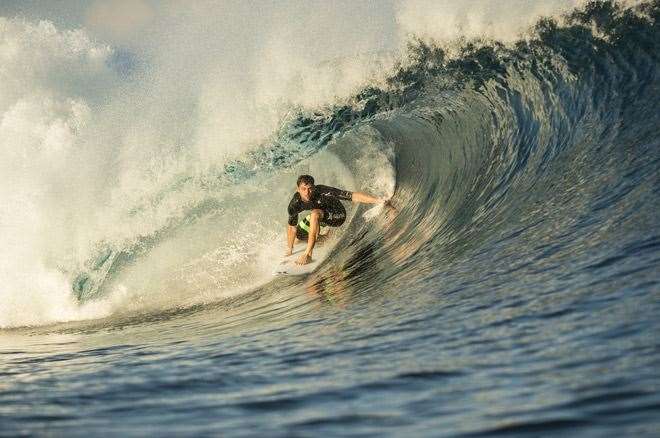 Alejo Muniz, one of the nicest guys on Tour and ditching the stereotype. Phot by Peter Joli Wilson

The Brazo would rather ride a goatboat, backwards, at 12 foot Chopes, than travel alone. While six is seen as the optimum group number, this can be pushed out to 16 if needs be. Despite the large numbers they, quite considerately, make a point of always paddling out together. The Brazo has a natural enthusiasm and energy, which unfortunately is expressed by trying to catch every wave, of every set, every time, even if someone happens to be riding it. A once easy, fundamental distrust of the Brazilian is now confused by the fact that their woman tend to be be both waxed and beautiful, while there top surfers are getting better and better. 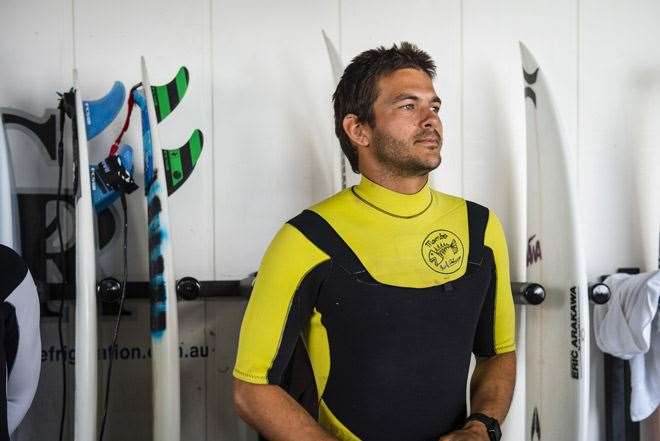 Never insanely ugly, nor incredibly attractive, the Kiwi tends to hunt in pairs. Whilst fiercely proud of their homeland, they don’t actually know anyone who still lives or works there. The Kiwi usually possess a slightly unorthodox, yet highly effective, tube style and the ability to make 150 dollars last six months in Indonesia. This is mainly achieved by never, ever, buying anyone a drink. Not overly aggressive, the Kiwi will only resort to violence if a) they’ve had six beers or b) had two beers and been called an Australian. 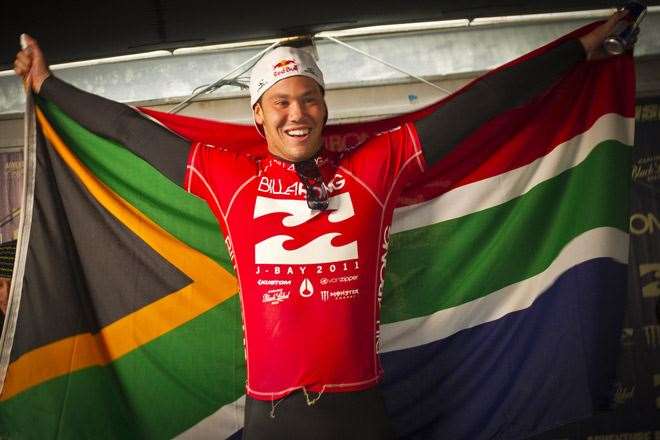 The Big Bru from South Africa, Jordy Smith after his win at J-Bay. circa 2011. Photo by Peter Joli Wilson.

The clean shaven healthy surfer who is usually traveling with his girlfriend. His quiver and surf kit is usually in immaculate condition, such that to borrow any of it would be like asking him to root his girlfriend, up the bum, on top of his brand new 6’10”, whilst watching the Oscar Pretorius trial live on TV. Irritatingly he compares every wave he surfs to Jeffreys Bay and his favourite topic of conversation is about just how much the Rand doesn’t get you. The clipped, highly correct English drives you insane and yet you can’t help but try and imitate it at every chance... shot bru! 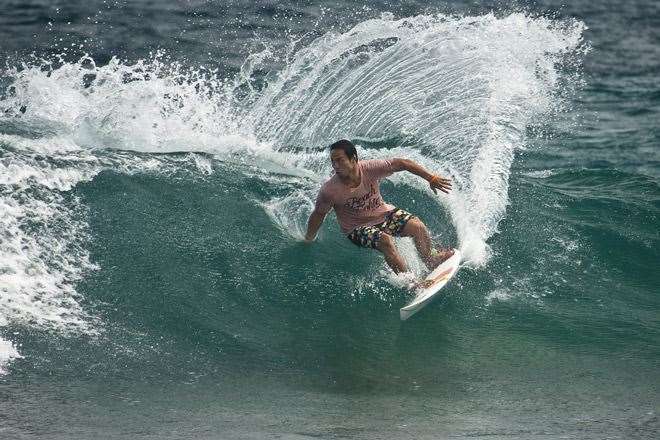 Masatoshi Ohno a veteran and all round nice guy going mad at Pasta Point in the Maldives. Photo by Peter Joli Wilson.

Either a dyed blonde hash-smoking loner, or more usually, an incomprehensible gaggle of appallingly enthusiastic bad surfers. The Japanese surfer is an enigma wrapped in a riddle wrapped in a dead whale. While you can’t question their enthusiasm, you might want to question why they like being put in near death coral reef situations, especially seeing as they’ve pad five time as much as everyone else to be there in the first place. Limited English and state of the art boards mean they tend to be granted the least respect of any nationality in the line-up, the exception being the obligatory solo G-land g-stringed chick bodyboarder and the crazed helmeted Pipe charger. 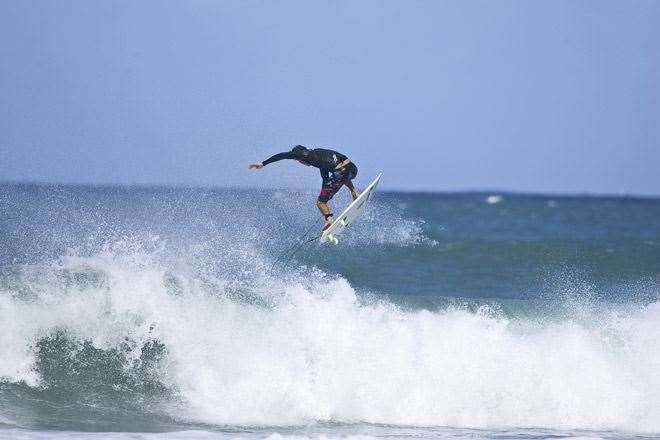 In a word… loud. The overtly friendly Seppo loves for everyone within a three mile radius to know exactly what he’s saying, which is strange given it is usually the most inane, utter bullshit imaginable. Known for stretching the truth, it’s best to knock 20 per cent off everything he says and then believe only half of it. A flashy, fast style in the water will sometimes hide a deep fear once events turn serious, whether it be a drinking game, overhead surf or someone telling him to shut the fuck up. 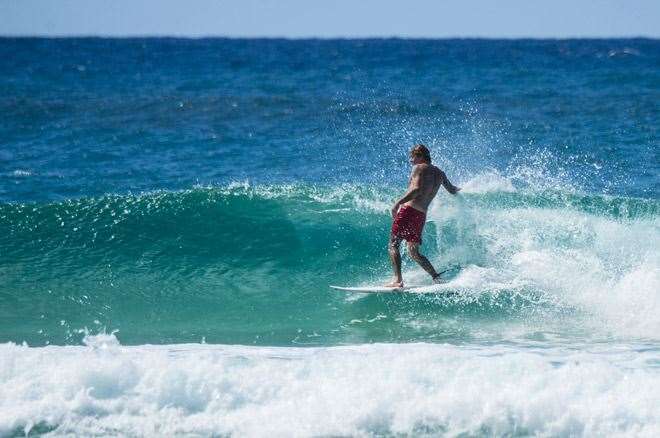 Identified by his stubbie holder, which, incidentally is packed before his toothbrush, The Aussie makes no bones that he is traveling for two reasons – to get tubed and to have a good time. Unfortunately sometimes the latter can obstruct the former. Tends to have a superiority complex, based on a xenophobic belief that Australia is the best country on earth, a higher level of surf skill and ability to drink an extraordinary amount of beer. Still he’s a friendly fucker, most of the time, who knows that right now he’s having the time of his life. Now if only those Brazo’s, Kiwis, Seppos and Japs would get out of the way and just let him get on with it…

The Israeli tend to treat the general rules of the line-up even worse than they treat the Palestinian claim for an independent state. By traveling in militant surfing cells of 8 to 12, and with an average hair length of 1 to 2 feet, perhaps no country has wrecked more surfing honeymoons in the Maldives than the Israelite. And that includes fat rich Russian husbands. A massively inflated sense of surfing skill is diabolically matched with a recent 12 month national service stint, with real weapons in real combat situations. The combination is both frightening and infuriating, until of course they share a joint of the highest quality hash, and unlike the Middle East, a peaceful solution is possible. 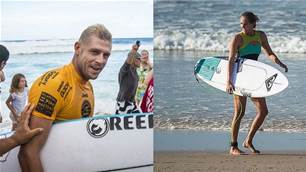 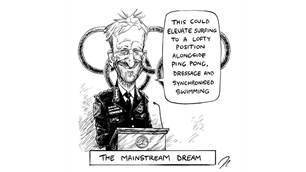 The Friday Heckle: Surfing In The Olympics? 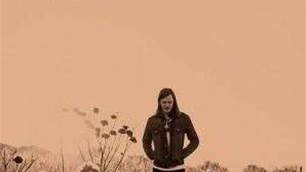