Where bodyboarders scowl and the cruel winds howl, but occasionally it all comes together.

A low lying band of cloud creeps around the corner of a distant headland. It brings an onshore breeze to the white sandy beach, ruffling the tops of turquoise wedges rebounding from a rocky corner.   When we arrived here five minutes ago, these waves were meaty tubes detonating a few feet from the shore, but now they’re just crumbling closeouts.

This stretch of coast, between Walpole and Albany, is known to locals as ‘The Almost Coast’.  It’s often spectacularly inhospitable, but every corner, every headland, every gap between ancient monolithic walls is just a cosmic roll of the dice from being a 21st century surfer’s perfect playground. You might find a tiny bank shaped by the currents bouncing off rock walls, a shelf with just enough water over it to make a rideable peak, or a stretch of beach with patches of sand and rock throwing up shifty walls and even shiftier rips. 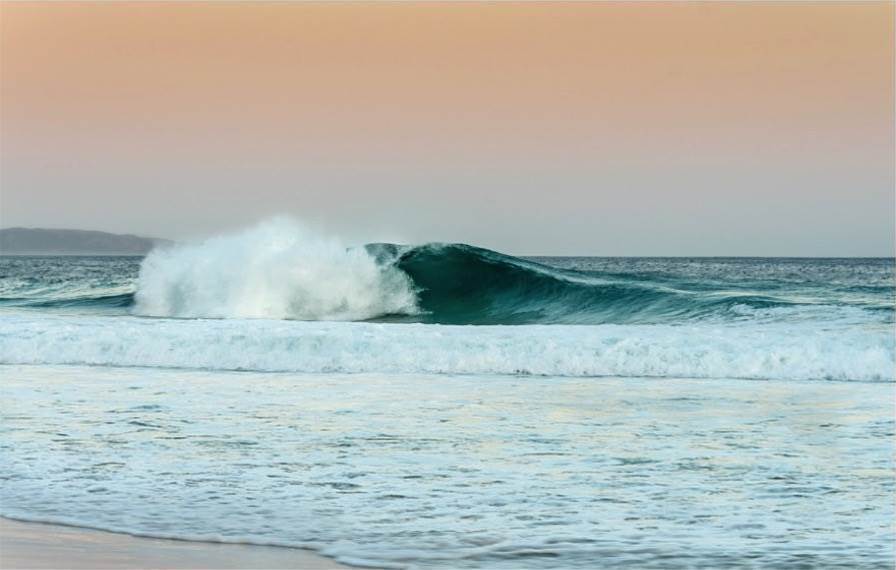 Who ordered the wedges?

For the past few weeks, any chance of a rideable wave on the usually consistent West Coast has been ruined by incessant onshores.  The Almost Coast begins to work only when everywhere else is blown out, and it’s often a last resort for desperate surfers like Tim and I.

This onshore wasn’t forecast, but in this part of the world nothing is predictable.  We’re close to the southern-most point of Western Australia, and the only thing separating us from Antarctica is the Southern Ocean. We can feel it in the icy breeze.

On the beach, a group of body-boarders stand around three four wheel drives, watching the waves and gossiping amongst themselves.  I overhear one whinging about tourists taking their waves and leaving their rubbish behind, but only a few minutes ago I saw the occupant of a car with Albany number-plates discard his chip packet in the sand.

Tim curls his lip in disdain.

“It’s like the final frontier for bodyboarding down here,” he says.

“Everywhere else they’re a dying breed, just kids and land-lubbers flopping around in the shorey, but here, it’s one of the last few strongholds.”

The wind swings offshore and the waves begin to barrel again.  In the water, the vibe is edgy amongst older locals.  My friendly smile is met with discerning scowls.  I get the feeling this isn’t just over-protective country town localism – its age-old tribal warfare between surf-craft clans, and we’re behind enemy lines. We still manage to steal a few tubes. 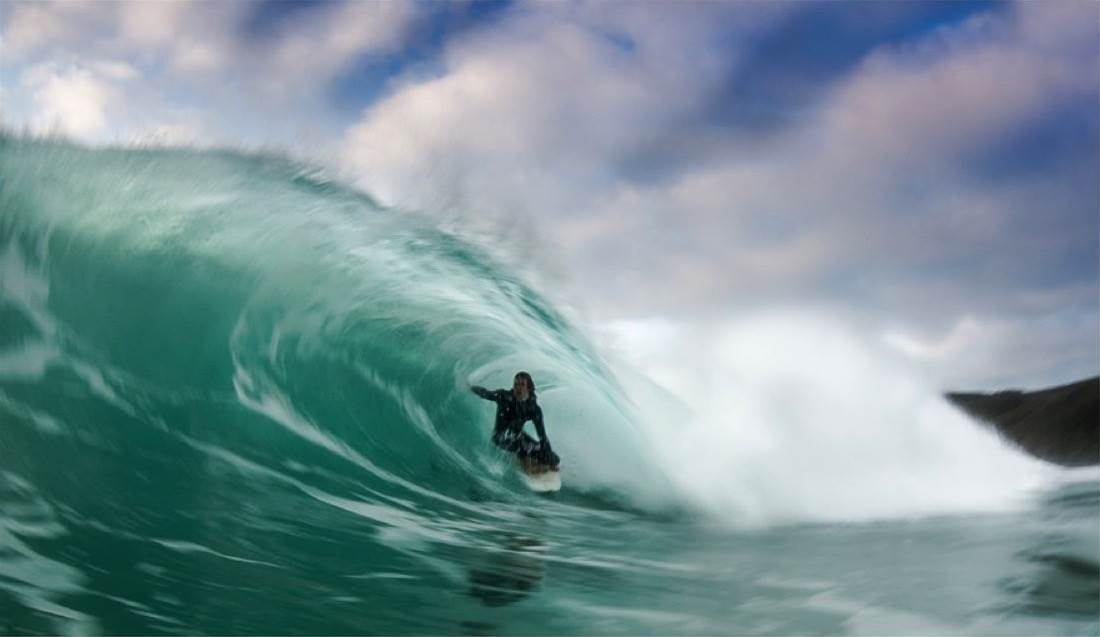 There's nothing 'Almost' about this little choob.

Two travelling surfers foolish enough to park their car at the top of the track return to find twigs jammed in the door handles and mud smeared across the windscreen.  It’s a childish act, but this is the handiwork of middle-aged men.

While the popularity of bodyboarding is testament to the abundance of semi-rideable slabs in the area, like The Right, there are plenty of other options for the common surfer too.  At a beach a few hundred k’s back down the highway, brackish water trickles from an open inlet into the ocean.   Like many waves in the area, this break relies on the inlet for sculpted sand banks, which makes it fickle and unpredictable.  These waves can lie dormant for many seasons before springing to life in a burst of rain.

There’s is no chance of us crossing the flooded inlet in the car, and we force ourselves into wet wetsuits and jog up the beach to take a look at the waves.  The rain has dampened our firewood, and morale, and I try to convince Tim and myself that the long walk will be worth it.

“At least we’ll have it to ourselves,” I say.

Tim doesn’t share my enthusiasm.  He points out a tombstone atop the sand dunes and scowls at the tiny waves trickling along a sand bank.    It’s gloomy and uninviting, but we head out anyway.  It’s nice to wash off two days’ worth of mud and grit - the hot showers at the campsite don’t work, and this is the next best thing.  The waves aren’t great, but they’re better than they look.

Other waves on the Almost Coast are more populated, and predictable. An auspicious forecast has brought droves of surfers to a cliff-top car park.  They’re huddled around the lookout, watching long walls wrap around a basalt point and into a sheltered cove. 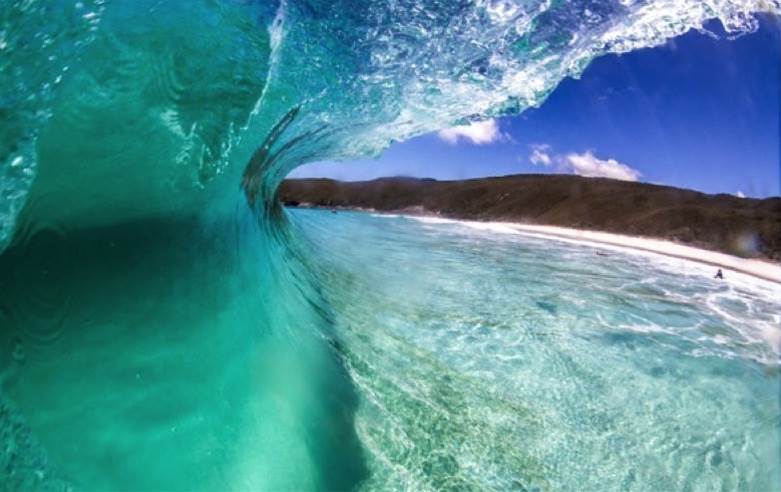 It may take a lot of elements to combine in order to score on the Almost Coast, but when it happens the result is damn pretty.

A tight pack jostles for the bombs.  Ten people is a crowd down here, and it’s chaos in the water.  While it’s not far from Margaret River, this area is surrounded by farmland and it’s too isolated for anyone to lay claim to localism.  Western Australia is not renowned for right handers or point breaks, let alone both, but the Almost Coast is too capricious to be an established surf destination.

Around the corner, the sun sinks behind a silhouetted hilltop.  A distant wave feathers over a slab of reef, rifling off in almond-eyed perfection, before it’s rudely interrupted by an exposed slab of rock.  The remnants fizzle out into deep water.

Almost, I think to myself.  Almost.