Who could upset the more favoured keg wranglers?

Chopes is the sort of wave that just suits some surfers, and these guys find it a cinch to ride. Kelly obviously, but he’s out of the event and this conversation. John John surfs the place like it’s an inconsequential little sandbar, and Owen and Wilko have also got it totally dialed. These guys are not the ones who are going to stand out however, because it is almost expected that these guys, along with maybe Jeremy Flores and Medina, are going to get through to the quarterfinals anyway. There are other surfers however, who could blow up and surprise us all.

Jordy Smith likes to charge big lefts these days, and has been working hard on his finesse by hitting the Donkey (better known as Skeleton Bay) whenever he can. As anyone knows, it’s a tricky wave to surf on your backhand, and takes some serious skills and shallow water bravado to escape a good tunnel there. Jordy has also shown a great affiliation with Restaurants when it’s pumping, and it too has helped him up skill his backhand tube riding. If the swell remains fairly small for the contest period as it looks like, then Jordy could get a win. 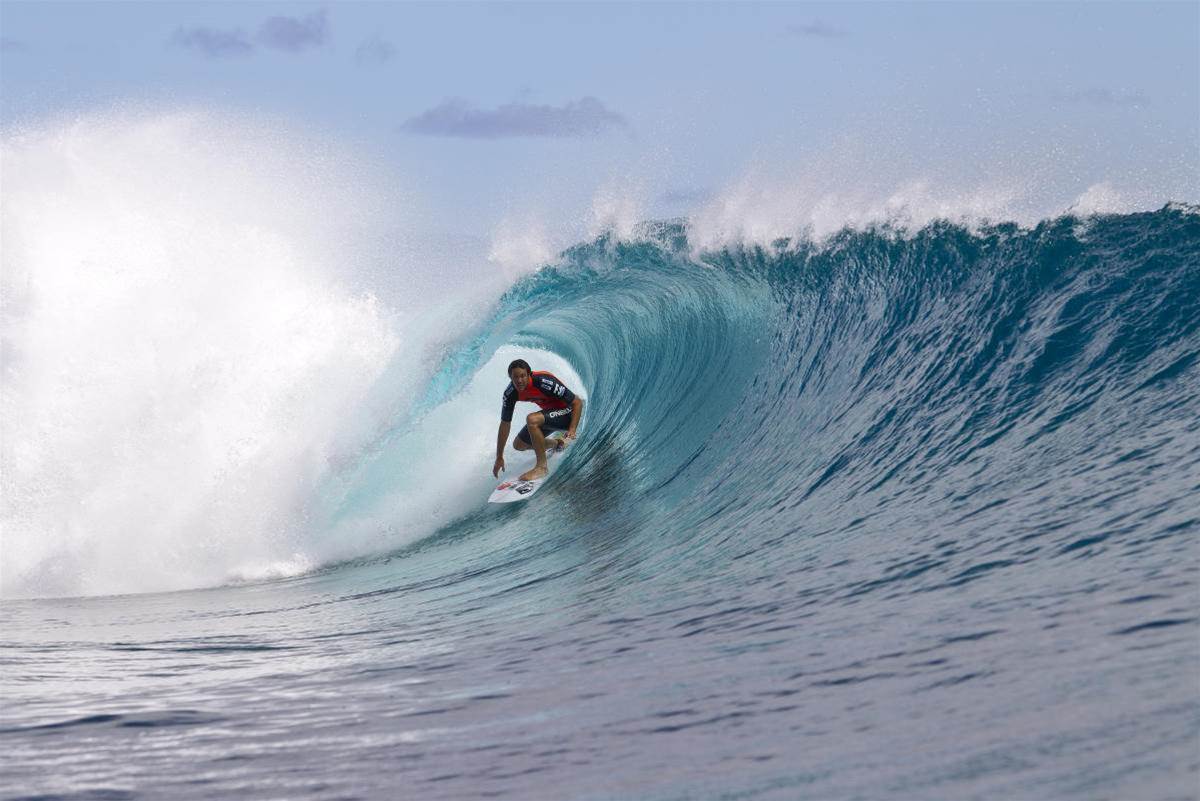 Has Jordy worked hard enough on his backside tube riding to be a Teahupoo contender? Photo WSL/Scholtz

Ethan Ewing hasn’t had the best run thus far this year, with six equal 25th places to his name. He’s a fast and competitive surfer with all the moves, but has not been able to find some space and quietude to let loose his sophisticated arsenal. He is extremely hungry though, so the pendulum will eventually swing back in his favour and it would be great if it were to do just that at Chopes. 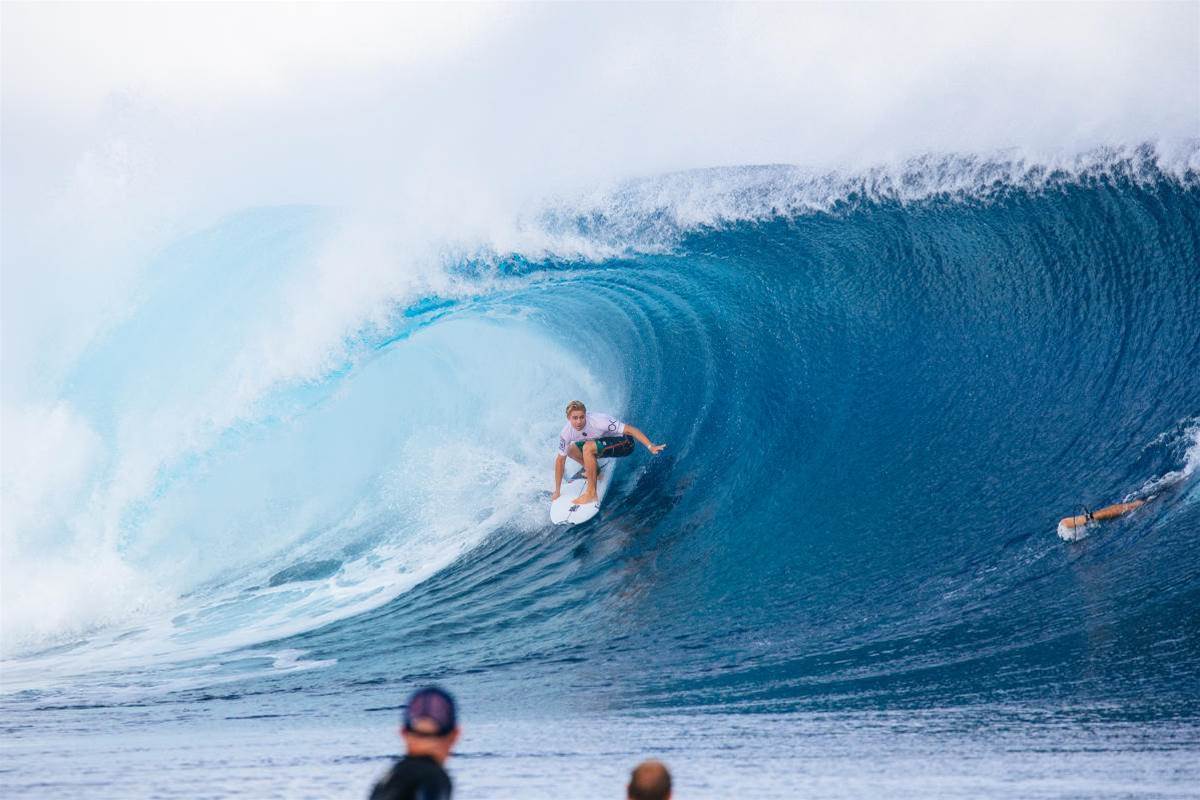 Ewing has all the skills but is yet to prove he can summon them when it matters. WSL/Ed Sloane

Ezekiel Lau would be no real surprise if he finds a comfort zone at Teahupo’o because he’s built for the wave, and he has rock-solid Hawaiian training in him. Sometimes a little bit flustered by intense heats, Zeke also needs to find that little bit of space around him when surfing in contests, and there’s not that much room to move at Chopes. Still, he would be a popular fresh-face on the winner’s podium in Tahiti. 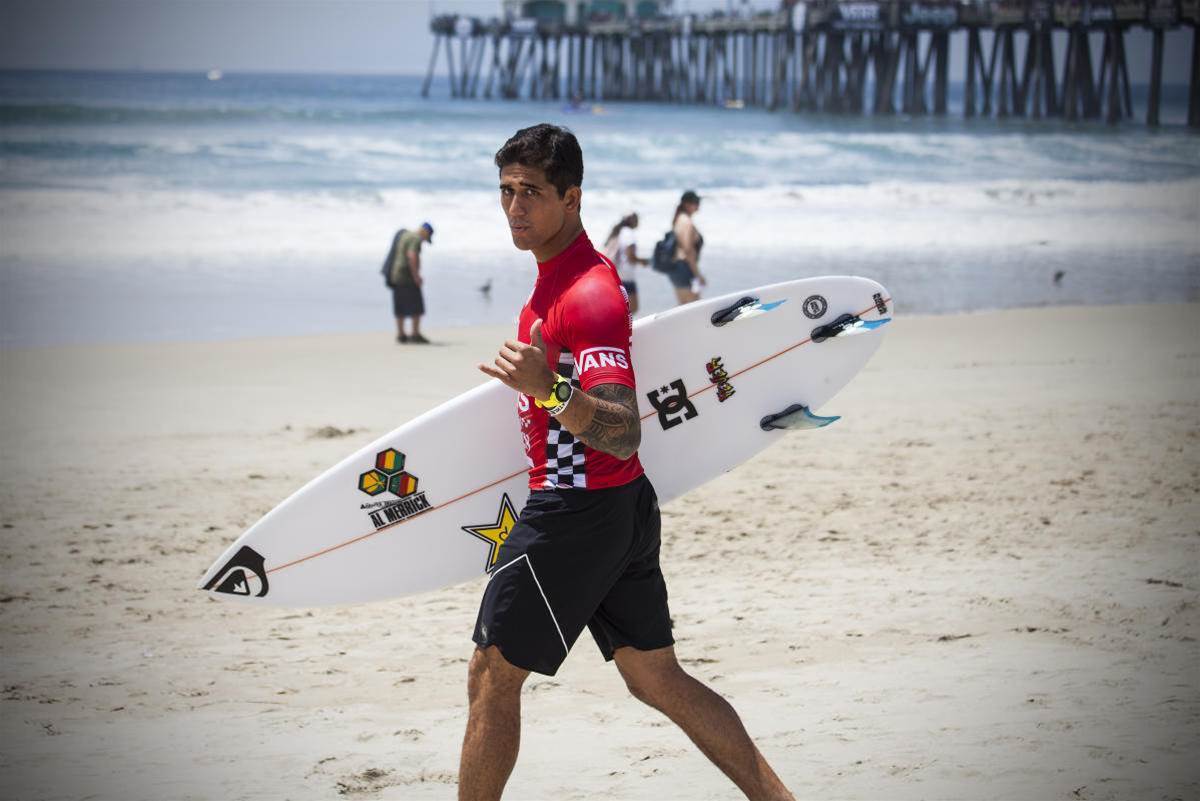 Toledo has been zigging and zagging all over the place recently, and was a surprise but deserving winner in JBay.

Filipe does have a forgettable, zero heat score on his permanent record at Chopes, and that must surely make him hungry as fuck to prove a point again and again. When he scored that zero heat total, it wasn't that big, it wasn't intense, and he just didn't get a wave at a time when the waves were pouring through. That’s in the past though, and Toledo has now tasted the rich flavour of victory, and is keen to keep that essence on him. 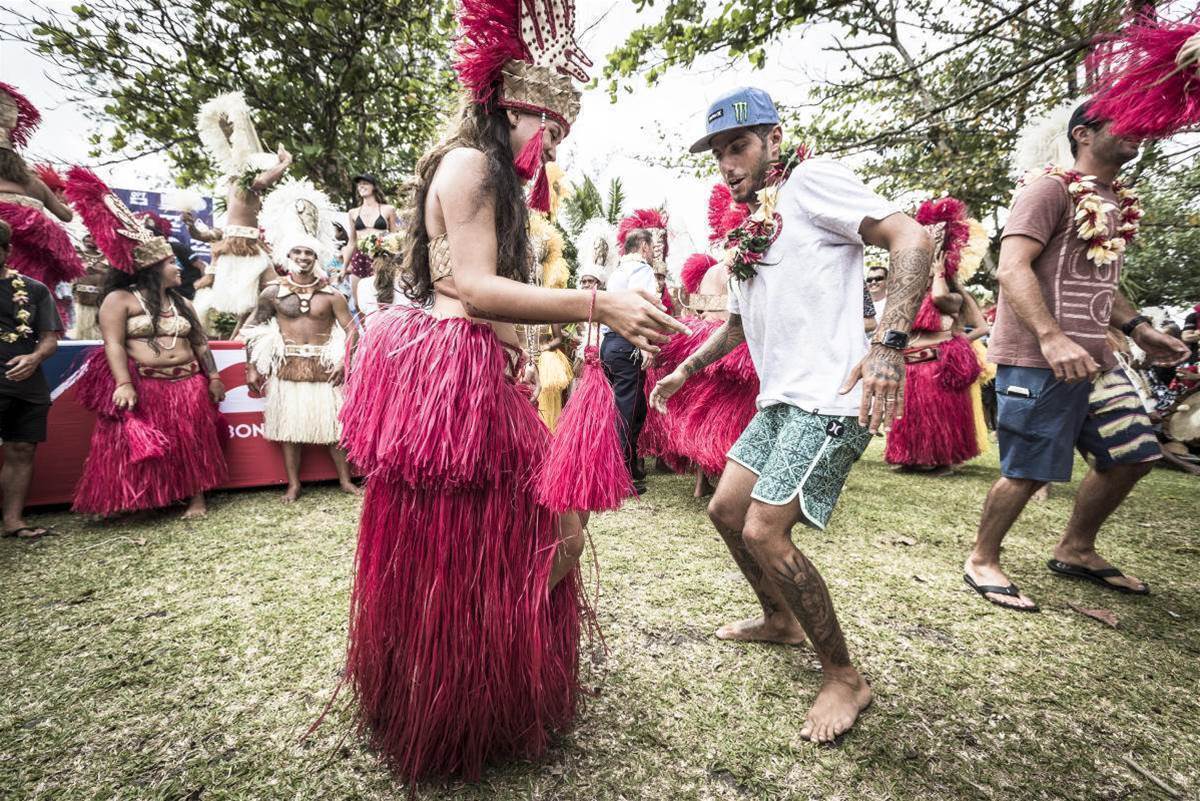 Toledo showing he's bold enough to dance with a Tahitian princess but can he shake off his terrible rep' at Chopes? WSL/Poullenot

Conner Coffin had the luck and luxury of growing up and honing his skills at Rincon. Yet sometimes the life of growing up at a perfect point-break is a gilded cage, because it sure as fuck isn’t going to help your backhand pig-dog much is it? Still, he’s a versatile young surfer, and he could easily have a dream run this year at Chopes. 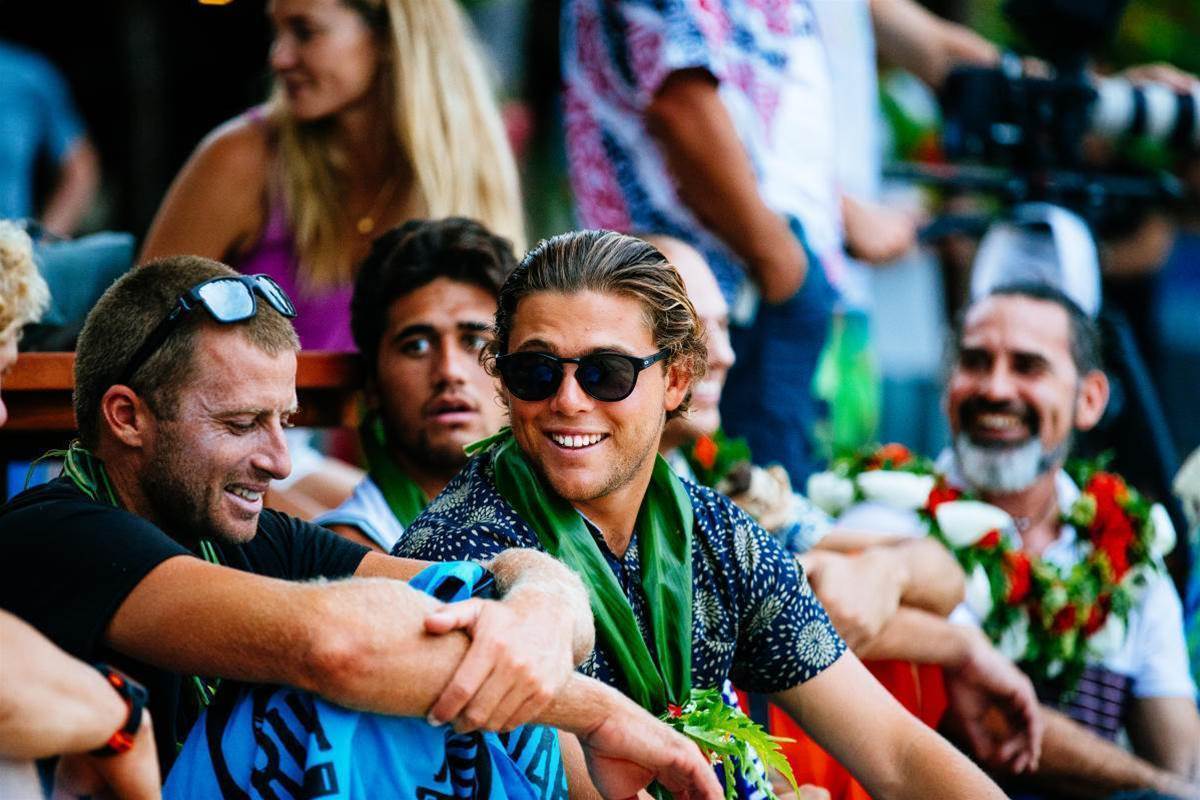 At this stage, and we can say this with some certainty, there is not going to be a Code Red swell. With only one day on the forecast showing overhead wave size, it is not going to be a terrifying year. That could also mean that it’s the time for these young gentlemen, mentioned above, to shine.