Now that is how professional surfing events are done! Thank you Indonesia for showing us that you are the sun that the professional surfing solar system must revolve around. Thank you Italo Ferreira for perfectly balancing power, progression and showmanship and blowing our feeble minds. Thank you Keramas for supplying the ultimate high-performance surfing canvas for the best to dance upon; there’s not a pool that will touch that in the next 10 years. Take a bow, all of you while we throw flowers onto the stage in rapturous applause. The flame is reignited; professional surfing is beginning to feel great again.

There may have been only four heats yesterday, but it was still a spine tingling climax to what has been far and away the best week of professional surfing in 2018.

However, it did have a worryingly sluggish start. With the hooter sounded for the commencement of the first semi final, the camera panned to find Mikey Wright and Michel Bourez sitting stoic in a beautifully groomed, but very sleepy ocean.

Had KP called the comp on an hour early? The tide looked very low and the horizon lacked any discernible lines rolling in.

For almost 15 minutes they sat and waited Michel holding down the inside. Smaller waves zippered along the reef on the inside, tempting the surfers to break, to move in and put a small score on the board lest the sets never arrive.

In the end it was Mikey Wright who broke first and pulled the trigger on a small one. He was too deep and it moved at a pace too fast, the small wall on offer frustratingly out of reach. He would repeat this four times consecutively garnering no higher than a 3.67 and that was his heat. Strider correctly noted that Mikey’s board was simply too long to allow him to open up on the tight curves of the smaller waves. Mikey had no choice however, he made his priority bed and he had to lay in it.

All surfers who have been to Indo know it can turn on like a tap. Flat one minute, pumping the next. This is what Michel banked his entire heat on. There just had to be something rolling his way, and eventually it did. The biggest wave of the loomed on the horizon, neon lights flashed ‘heat winner!’ above it as it moved closer. Michel pounced, surfing like he hadn’t left the water from the day before. A seamless and brutal display of power that Mikey was never gonna replicate on something smaller. The heat was over.

In a cruel twist of fate for Mikey, almost on the buzzer to end semi one, the Indian Ocean rose from its slumber, punched into work, and began producing the flawless high performance canvas’ it had been delivering all week. It also produced what has to be the most exciting heat of season 2018 between Italo Ferreira and Jordy Smith in semi number two. It was always going to be hard for the rangy South African to counter Italo’s incredible rapid fire attack in the smaller waves of finals day, but he managed to do just that on the first counted exchange by ensuring he had the bigger wave and moving oceans of water with each turn. He had Italo 8.00 to 7.13.

Realising this, Italo did something that Jordy has refused to thus far in 2018, he went to his progressive game. Under Jordy’s priority Italo swooped on a medium sized wave, set off down the line at speed and launched into a huge backside rotation and greased a landing so smooth it brought to mind the minimal water disturbance desired by Olympic divers upon breaking the waters surface. This allowed Italo to then unleash a set of razor sharp daggers to the lip, before saluting the crowd, popping a big spin and requesting a 10 from the judges. They had no choice but to oblige.

Michel and Italo in the final.

It’s rare to have the true two form surfers of an event in the final, but here they were in Bali. For that, we the surf fans are all winners. Unfortunately, in the water there could only be one, and there’s not a surfer alive who could’ve taken down Italo in that final. Not even the perfect fluid aggression of the Spartan. It wasn’t even close. Italo the winner 18.87 to 9.83.

We now move to the East of Bali for the conclusion of the Margeret River Pro at Uluwatu, a wave which will also suit Italo down to the ground. Lookout for two quick fire wins from the man at the top of the Jeep Leaderboard, and if that happens will anybody bet able to stop him from claiming the title? 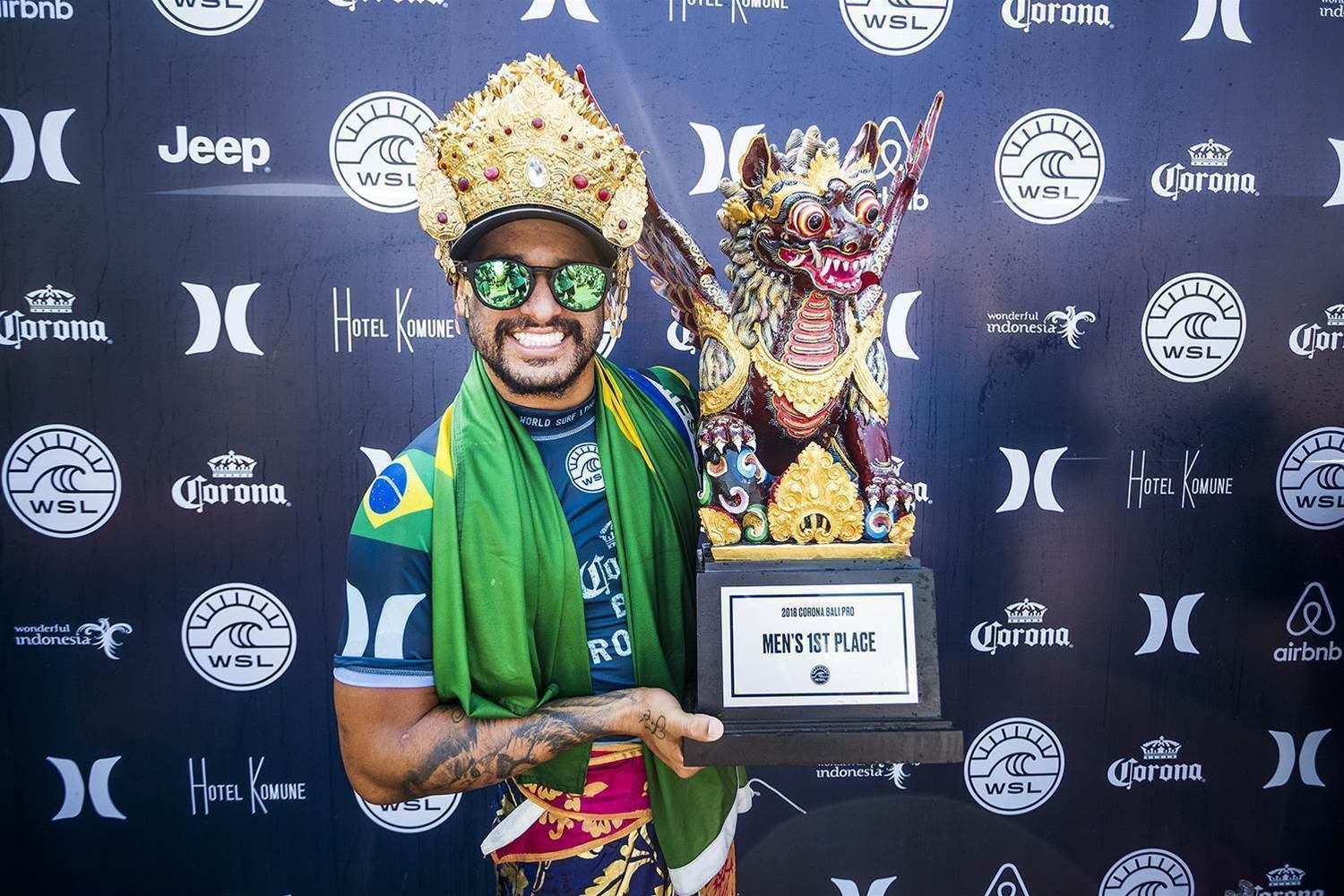 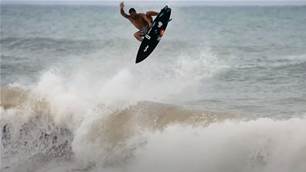 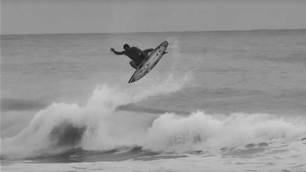