Mick Fanning lays his demons to rest at J-Bay.

Psychologically, last year’s J-Bay final and its aftermath could’ve fucked Mick Fanning up in a lot of ways. He nearly died on live television. He had a million and one cameras, questions and microphones pointed at him. He was in the middle of a world title race and coming to the end of a long-term relationship. If anyone had an excuse to lose their mojo, it was this guy. But like he’s done time and time again, he somehow found a way to take a heavy situation and turn it into an opportunity from which to come back stronger, to grow as both a person and an athlete. And now, following a win in the final of the 2016 J-Bay Open, the same contest that a year ago initiated this latest series of challenges, he has once again proven that that incredible resolve he possesses is still as incredible as ever. 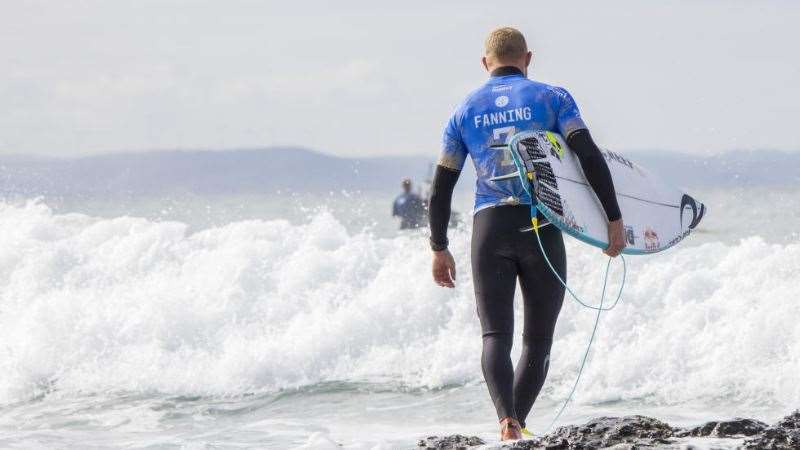 He was always coming back … and didn’t we just know it? In a year of uncertain movements for one of the WSL’s biggest darlings, there was nothing ambiguous about Mick’s intentions to return to Jeffrey’s and face whatever awaited him. And so in the lead-up we watched the return-surf video and read the uh-oh-he’s-hurt-his-ankle ordeal and sat through the return-surf-after-the-ankle-ordeal video and so on. But what was always going to be the test, what we were always waiting to see, was how he would fare in a singlet. Would he rise to the top? Would he spot another fin? Would he suffer some kind of delayed post-traumatic stress disorder and be escorted from the water blubbering and shaking? Or worse, would he lose in a wave-starved Round 3 heat to Kanoa Igarashi and the whole thing would just turn out to be another exercise in disillusionment and overblown marketing? 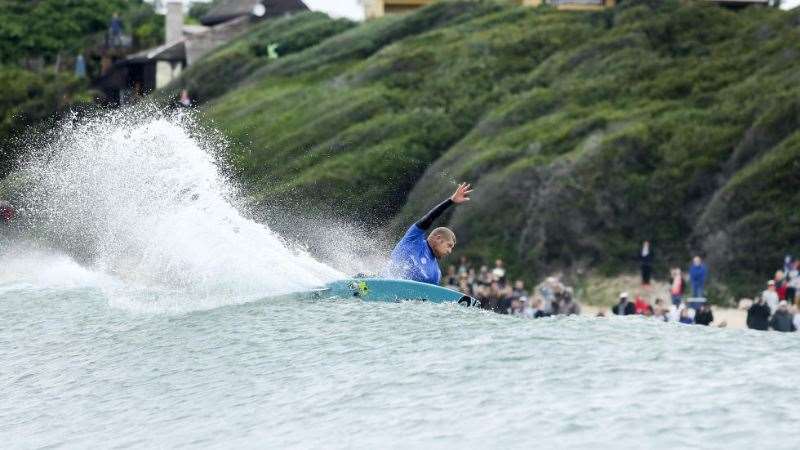 If it were possible for water to burst into flame, we're pretty sure this would be the moment it did. Photo: WSL/Cestari

On a small, clean finals day at Jeffrey’s Bay, Mick rose to the top. He made every cliché and cheesy you-can’t-script-this scenario come true and he did it in the same way he’s done it so many times before—by picking the best waves and surfing them with speed, flow and inimitable precision. Riding a channel-bottom wide-tailed swallow that was the only point of difference to his otherwise trademark approach, Mick took down three of the tour’s most talented on his way to reclaiming the title he’s won three times previous and which was so dramatically withheld from him by a wayward white pointer last year. Against an electric and ultra-competitive Toledo in the quarters he survived by way of experience and steely nerve, holding off the young Brazilian’s full-rotations and flair with superior wave selection and a way of riding right-hand point breaks that will never grow old. Facing the finest version of Julian we’ve seen all year in a rematch of last year’s undecider, he surfed faster, more refined, more complete. And in the final, against the obscenely gifted John John Florence, he used every ounce of his competitive nous to outscore the certified title contender despite the Hawaiian pulling out a couple of moves that Mick could probably never do. But for Mick it’s never been about single moves—it always has and always will be about a complete package. The mind, the body, the overall performance. And at J-Bay this year, that’s exactly what we saw. 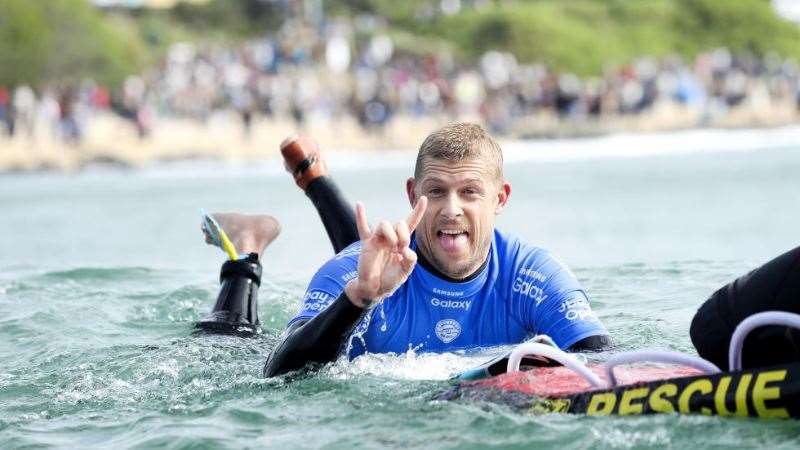 ‘I’m just stoked that I actually got to come back and right the wrong,’ he told the world with a champion’s composure in the moments following his victory. ‘That was my whole plan, to right the wrongs that happened last year and we did that now so we can move on.’

In an era where cynicism is the obligatory modus operandi and where one can openly and freely run down their heroes with a few strokes of the keyboard, it’s easy to underappreciate when someone’s in the process of doing something truly great. Mick is in that process, however, and with each victory, each triumph over adversity, he inserts himself further into a conversation that is reserved for only the sport’s greatest, for Andy, Kelly, Curren and the like. His win at J-Bay this year cemented his position as one of the very best at a wave he will be forever linked with. Time will tell how high up he’ll finish in the annals of the sport.