“The Search was over, the dream was real.” So wrote Kevin Lovett after he had discovered Nias. More than 40 years later, that dream wave has morphed into something completely different. In the last epic Indonesian swell, perhaps the biggest ever seen in the archipelago, Nias proved itself as one of the heaviest, most perfect and technically difficult waves on the planet. It now attracts the world’s premier big wave surfers, drawn by the power and the challenge. It was yet another chapter in a wave that keeps reinventing itself.

Originally Lovett kept his secret to himself, but by the end of the 1970s the wave had featured in Surfer Magazine and the word was out amongst the early Indonesian pioneers. Movie sections in Asian Paradise (1981) and especially Storm Riders (1982) brought the wave’s quality to a wider audience. For natural footers especially it was seen as the holy grail. A keyhole provided a dry hair paddle out, the relatively deep water added an element of safety, while the green walls and long highline barrels were aquamarine perfection. It was labeled as ‘the best seven seconds in surfing’. 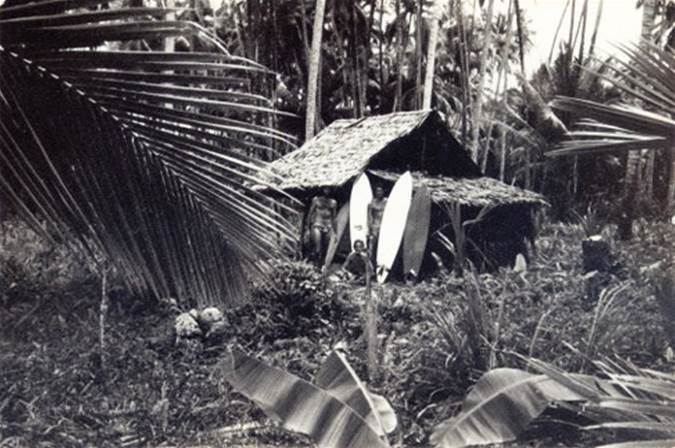 Nias jungle camp in the days of early discovery.

The ’80s and ’90s brought more crowds and further development, even if the wave itself waxed and waned in terms of popularity. There was always a pack of hardcore Nias devotees, while the bucket list nature of the wave meant most surfers would still willingly go through the days of uncomfortable travel to get there. Yet by the late ’90s and early 2000s Nias was seen as a bit of a throwback. The discoveries in the Hinakos and the vast variety of waves in the Mentawais lured surfers away from Lagundri. Surfers were less prepared to wait out the sometimes lengthy flat spells in a location that offered basic amenities and entertainment options.

Then on 28th March 2005, just three months after the Boxing Day Tsunami, an 8.7 earthquake had its epicentre just off Nias. The whole island twisted on its side, with sections of the coast rising by almost three metres and the waterline suddenly moving 200 metres further out. Almost all the best waves in the region were wiped out, including the lefthander near Nias called Machines and the adjacent Indicators. Others ended up as extremely poor versions of themselves. The big wave right Bawa and ruler edged Asu left are still mourned by those surfers lucky enough to have surfed them before the quake.

Yet, miraculously, Nias survived. The previous deep-water barrel that needed a six foot swell to break had suddenly turned into a more slabby wave that started tubing at four. It was shallower, longer and heavier. I can’t think of any other wave in the world that has had a second coming like Nias. 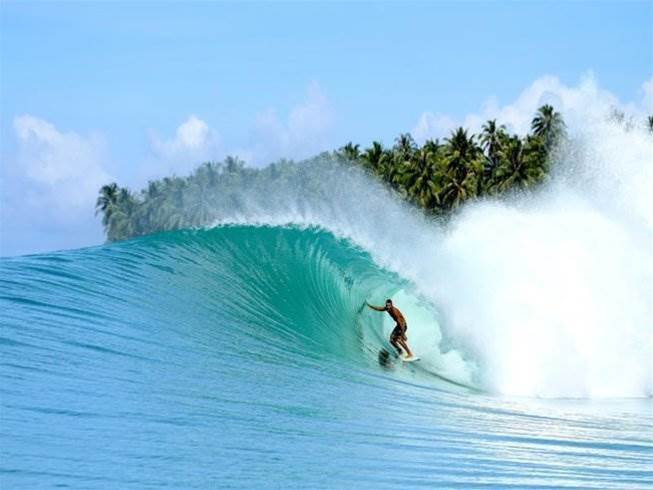 Nias got even hollower after the 2005 earthquake.

Slowly the word filtered out that Nias had survived. The veterans returned to see what their old lover looked like with a facelift. Reports also started coming in that in the biggest swells Nias had morphed into a very different beast indeed. When Jamie O’Brien had a whole section in 10 foot Nias death kegs in his movie Who Is JOB? in 2011, he further legitimized its slab status.

However this last month has added yet another twist to Nias’ tale. With surfers comparing it to the Maverick’s ledge, Koa Smith almost dying and Mark Healy packing the biggest wave ever seen Nias, the wave yet again positioned itself at the vanguard of surfing. Yet again, the dream was real. 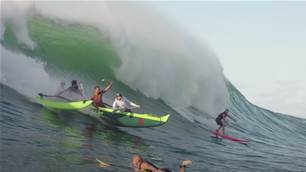