The quintessentially Australian surf trip that forces you to pay your dues.

Surfers are a migratory lot. Or at least the best and the truest of us are. The best and truest of us know that good waves come into season like exotic fruit, and they’ll journey thousands of miles to get a taste. One of the most well-worn migrations of man and board happens at this time of year along the western fringe of our own wave-splattered coastline, as surfers from the southwest pack their 4WDs full of fibreglass and rubber and camping gear and head north, to where the powerful swells of the Indian Ocean meet the fabled reefs of the desert.

‘You usually get your first swells in May,’ says Margaret River local Dino Adrian, who’s a veteran of the long drive north. ‘The big cold fronts hit here at home, and it’s usually forty knots onshore and massive and you can just jump in your car and follow that swell up the coast.’

Depending on your starting point the journey can take upwards of fourteen hours, and it’s a testament to the diversity of the Australian landscape what a day’s driving will bring. 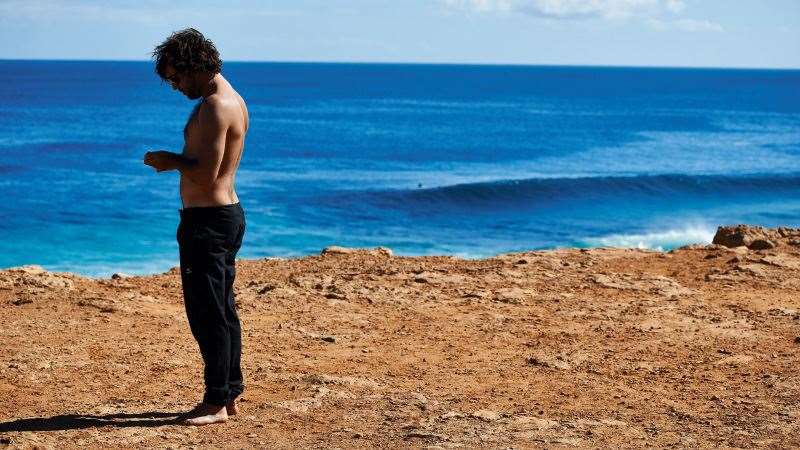 You never know what you'll find along a desert highway. Photo: Ord

‘It’s pretty wild,’ continues Dino. ‘Down home you’ll be in hoodies and jackets, hiding from the rain, then you spend a day in the car to get up there and you’ll be in the sunshine, hanging out in shorts drinking beers.’

But this isn’t a land of poolside luxury and tropical resorts, it’s a land of low-lying scrub and flies and red, red dirt. An ancient land where the desert meets the sea and without reception your mobile phone ain’t worth shit.

‘It’s a different world. You pack all your surfing and camping gear and once you’re up there you do your shopping at the closest supermarket. Then you just drive out and post up and try to survive with what you’ve got for as long as you can. Just live off the land and eat fish.’

For some, that’s the furthest thing from a holiday the mind can summon. But for others, for those who make the trek each year and know the value of silence and solitude and wide open spaces, it’s a revelation.

‘It’s so refreshing. It’s as good as holidays come. You don’t think about anything else.’ 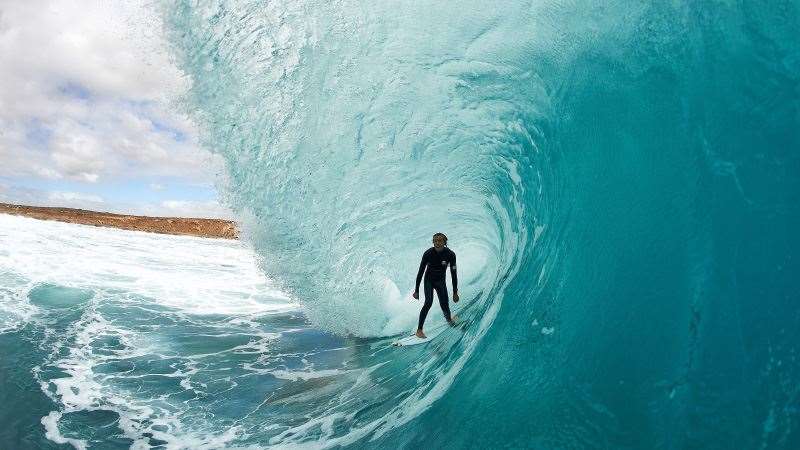 With the same swells unloading on the jagged coastline that hit Indo a day later, it’s a pretty good place to clear the head. But for all the similarities of long left-hand reef breaks and large period Indian Ocean swells, the waves are a different breed to their immaculately groomed cousins further north.

‘It’s definitely the closest thing we’ve got to Indo,’ says Dino. ‘But the waves are still rugged so it’s got that raw, intense kinda feel like the rest of WA.’

And that’s exactly what the devoted keep going back for—the rugged yet beautiful, the perfectly imperfect. A place halfway between the exotic Asian islands to the north and the wild winter land that is home during the middle months of the year. 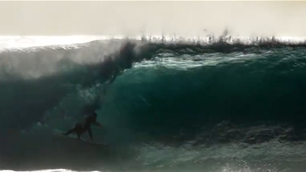