As COVID crushes Bali dreams the author skips the re-invention vortex for the infinite walls of T-land.

After the non-stop bombing swells of July, the Indian ocean wave machine ground to a halt for much of August. In Bali, the temperature dipped and the trade winds howled. Loose pieces of single-use plastic blew up deserted streets and passed boarded-up shops. With most of the tourists locked down elsewhere, the local people remained focused on that which was most important to them. Making offerings at the temple; flying large kites high into the sky; meeting up for coffee and a cigarette.

Businesses around Canggu were doing their best to adapt to the new normal. Hand sanitizer was placed at the entrance of various restaurants and cafés. Yoga classes went ahead but encouraged social distancing. Bars opened to much smaller crowds. Everyone I talked to was grateful to be in Bali for the lockdown, but the future remained uncertain. The local government had announced a plan to re-open for tourism in September. But this turned out to be wishful thinking, and a further announcement was made that the island would remain closed until 2021. Surfers quietly breathed a sigh of relief; the islands hotel workers and business owners cursed. And those who were sub-letting multiple empty villas openly wept.

I got back from the Mentawai’s covered in mosquito bites and reef cuts. After carefully looking after my wounds, some laziness crept in during transit back to Bali. The familiar throb of infection threw a wet blanket over my return. I remain thankful Amoxycillin is still available over the counter at the nearby Apotek. The days passed slowly and I decided to join the rest of Canggu in creating a social media presence. I toyed with the idea of forging a path as a digital nomad, then I considered taking up some kind of online coaching. Soon enough I realised I was wasting my time, so I went out drinking instead.

Rum and cokes by the pool lead to a nearby craft brewery, then onto a busy beach bar in Seminyak. It was a Sunday night and the numbers on the dancefloor only proved that very few had work the next morning. I’ve always enjoyed a Sunday session. Those along for the ride are usually just trying to keep the party dream alive. They cling desperately to the final remnants of the weekend as Monday’s hangover or comedown creeps ever nearer.

I meandered through the night in a thickening fog of cheap cocktails. The exact sort that would probably leave me feeling poisoned on the morrow. The DJ was dropping tech house bangers as midnight approached. I glanced around; those nearby consisted mainly of heavily built Russian mobsters and their scantily clad lady friends. In the corner, an aging sweaty raver with a persistent grinding jaw held a tense negotiation with a working girl wearing tall stilettoes. Some guy came wandering past clutching a full bottle of Captain Morgan’s. He stumbled and fell, taking down two innocent bystanders in the process. It seemed that it was perhaps time to call it a night.

I woke the next morning to the kind of hangover that forces you to question your direction in life. My options for the future appeared bleak. Get a few Russian mafia tatts and continue to involve myself in the Canggu nightlife. Or do a short online course, grow a man bun and become a life coach. In a moment of desperation, I checked the extended surf forecast. There were waves on the way.

A few days later, I was on a plane to Kupang, en route to Rote. The long dreamy walls of T-Land beckoned. It had been several years since my last trip to the region, and my feelings regarding the surf had been mixed. It was impossible not to love the wave, but the crowds had been fierce. Along with a large contingent of Europeans, there was a number of cranky old expat Australians. Their sense of entitlement in the water bordered on a national embarrassment (I am Australian). About halfway through the trip a large group of female surfers turned up. It would set off a transformation, the likes of which I had never seen. All within the space of one afternoon, every available male in the surf camp made an obvious effort to improve their appearance. Boardshorts were upgraded; shaving kits were used; previously scruffy hairstyles found shape, and the forgotten art of personal hygiene was suddenly rediscovered.

The flight dragged on longer than expected and I soon noticed we were circling the island below. Just as one of the flight attendants walked past looking worried, the pilot announced that we were unable to land due to strong wind. We continued to circle for another 30 minutes, then we started our descent. The plane jerked and dropped alarmingly as it approached the runway. I could feel the panic rising as the landing approached and the plane continued to be buffeted by the wind. My hands were gripping the armrests as the pilot suddenly pulled up. The plane groaned and shook as we accelerated back up into the sky.

We went through the same terrifying experience twice more. We would circle for twenty minutes then try to land again. On the third attempt, we must have been only a few metres above the runway before the pilot pulled away. It felt like the plane was going to break apart as it dipped and shuddered into a desperate ascent. I had one of those paralysing moments when you realise that this could actually be it. As my life flashed before my eyes, my mind drifted back to an afternoon at the horse races. My girlfriend and I had ended up back at our apartment with her best friend. A few more drinks lead to the bedroom, and just as things were getting interesting my girlfriend got cold feet. The situation hit me like a fist in the stomach… I still hadn’t really had the chance to be with two beautiful women at the same time… surely I was too young to die.

The flight ended up being diverted to Makassar, where we sat in the plane, then the terminal for several hours. We finally landed safely in Kupang later that evening. And after a night in a rundown airport hotel, I flew to Rote the next day. The drive in was uneventful, but the cows and goats lining the road reminded me that I was a long way from Bali. There was a small crowd of surf camp staff on hand to welcome me when I arrived, apparently they hadn’t had a guest in months. I quickly dumped my gear and ran down to check the waves. I’d spent most of the day sitting in hotel rooms and airports, and was desperate for a saltwater fix. Coconut palms swaying gently in the afternoon breeze lined the long white sandy beach out front. Offshore, long walling lefts reeled like they had been fired out of a wave machine.

I could feel the daylight slipping away as I hurriedly jammed some fins into my board, while desperately trying to wax it up at the same time. The boat ride out couldn’t happen quick enough, but I paused briefly to admire the long lines wrapping flawlessly down the reef. There was only a few guys out, and I soon found a shifty one when a set swung wide. As I gazed down the line, two days of travel stress immediately fell away. The wave stretched out ahead like a tapered wall of groomed aquamarine perfection. When I dropped in, the wind whistling past my ears drowned out everything except a building sense of anticipation. I did about six turns on that first wave. None of them would have qualified me for the world tour, but every one was a little bit better than the last. 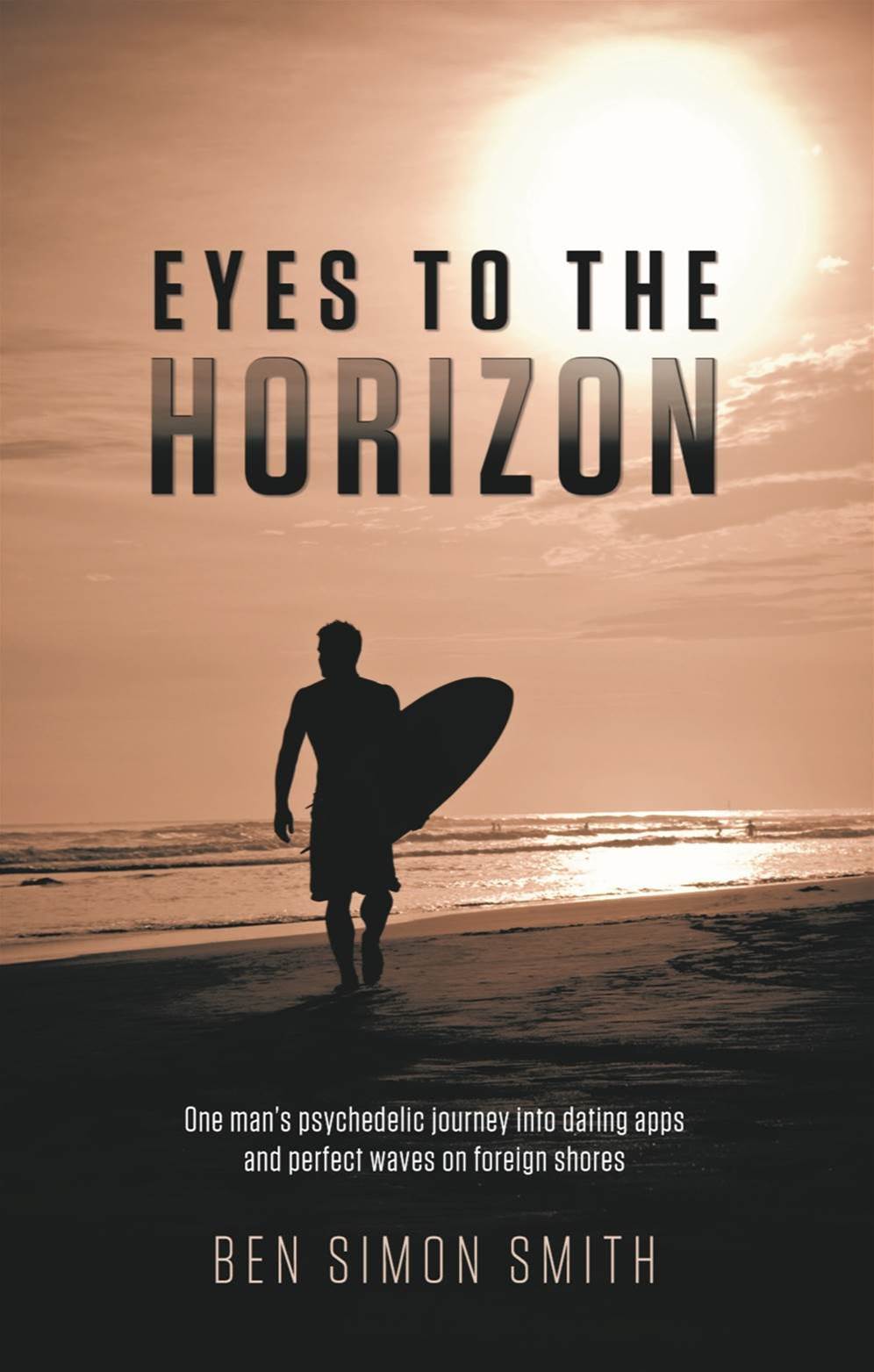 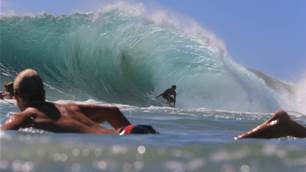