It’s that time of year along my stretch of coast where everybody gathers their accumulated junk and dumps it by the roadside like things washed in from the sea. Old fridges, rusted bikes, buggered power tools, busted fans and an abundance of other trash are cast out into the elements while garbagemen are temporarily elevated to the status of saints as they perform the miracle of making our unwanted crap disappear. No creatures horde like humans and the ol’ council clean-up is an annual reminder of just how wasteful we can be.

But it’s a reminder of our resourcefulness, too.

One man’s trash is another man’s treasure, as they say, and for those few weeks when we can all get away with dumping rubbish by the side of the road, you’re forever seeing people scouring the streets, searching for that certain something that means bugger-all to whoever threw it out but represents the ultimate bargain to someone with a bit of vision and ingenuity.

For surfers, it’s no different. Time to keep your eyes open and see what washes up. Taking the dog for a stroll the other day I counted three boards in less than a kilometre. The first was a waterlogged soft board, the second was in two pieces, but the third caught my eye. I walked over and took a look. It was a brown and slightly beaten Bennett thruster, with the thick rails and low rocker of a board made in the 80s. It had four channels running up its guts. It was around 5’10 and with a few repairs to the nose and tail it’d probably be a fun board to muck around on. I left it there because I’ve already got a rack full of boards and neither the time nor the passion to fix it up, but thinking about it later, I remembered myself at age eleven when all I wanted was to start surfing but didn’t have a board. I would’ve snatched that thing up in a heartbeat. I would’ve taken it home and loved it like it had a pulse and a soul.

God only knows how many gems have been found on the kerb and given new lives. I realise vintage boards aren’t the untapped resource they used to be but there must still be enough clueless folks out there to make sure a few slip through the cracks. Maybe you’ve been on the receiving end yourself? Maybe you’ll be wandering around next council clean-up and find something that changes your whole surfing life? Boards have the power to do that. Just a matter of being in the right place at the right time.

Walking the dog again this morning, I went past the place where I first spied the Bennett thruster. These people were having the full clean-out and more had been chucked on the pile. Maybe the board was under that mangled sheet of tin? Maybe it was buried beneath the ironing board and the chest of drawers and the other discarded crap?

Maybe, just maybe, it was in the hands of some wide-eyed grommet, ready to kick off their surfing life. 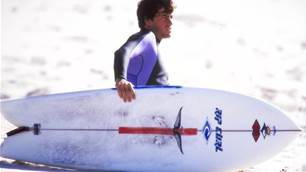 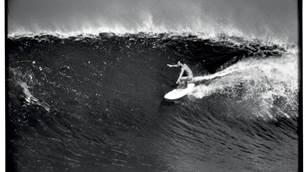 The Surfboard's Dubious History as a Drug Smuggling Device