When Bruce Brown discovered the legendary waves of St Francis in 1963 and documented them for all to see in The Endless Summer in 1966, he sparked a mass exodus to South Africa, for surfers coming to find the perfect wave and to drop out and surf it.

History will show that Bruce’s Beauties is one of the most inconsistent waves in South Africa, needing a rare set of conditions to work. Luckily there was an outlet for these traveling surfers in JBay, which over time proved to be the better wave and surf zone anyway.

Similarly, Tamarin Bay in Mauritius is a rare old beast, and visiting surfers could sit for months on end without the wave breaking. Over time, this led to resentment from the locals, when their rare wave became at times overrun by visitors. We recommend you leave Tamarin for the locals. In Mauritius there is also an outlet for visiting surfers. There are plenty of documented and undocumented alternatives.

Your surfing in Mauritius is dictated by the wind more than anything else. A simple glance at a map will indicate that the prevailing southeast trades blow onshore across the east coast, and howl directly across the shore on the south coast. Look a little closer at the south coast on Google Earth however, and you’ll notice a few bendy little left-hand reefs that go offshore on the inside sections. The well-documented Ilot Sancho is the jewel down in the south, with three waves situated around a giant rock sitting in the ocean. Not that simple, those three waves all need very specific conditions to work, but the clue is that the one wave is ok in the trades. 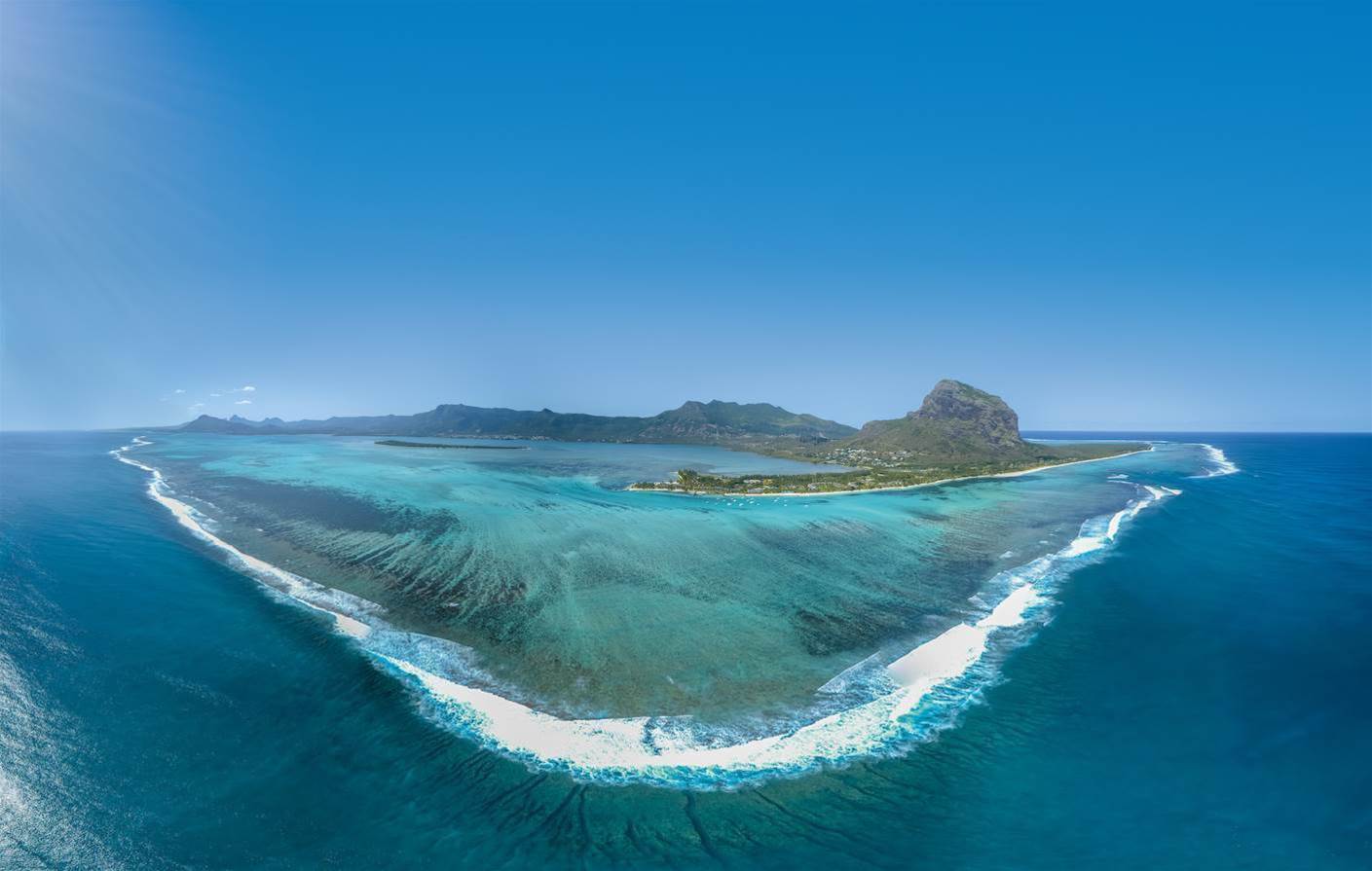 Mauritius, a version of surfing paradise often overlooked by surfers.

If you find the Graveyard on the south, you’ll walk through a defiled burial ground, with broken beer bottles and other rubbish lying around, as well as a few feral dogs roaming, but the wave that breaks in front of it, while rare, can get quite spectacular. Probably one of the heavier waves on the island at size, it offers Indonesian type barrels, but catch the first wave of a set on a big day and you’ll find yourself in a nightmare world not unlike getting caught inside at Backdoor Pipeline. Shallow, sharp coral, with no sluices.

Then there is Macondé, a short hollow left that can handle any size, and handles a little bit of the Trades. It is something of a terrifying surf spot, and it has been surfed since the 1970s when traveling South African surfers gave it a go. These days it just seems too daunting. It requires a long 10-15 minute paddle, alongside a giant river-mouth, and even before the river mouth scenario, the south coast does feel a little sharkier and exposed. Locals don't surf here much at all, and it would be a good idea to get out there by boat, and maybe have your anti-shark devices charged. The spot holds up to ten–foot, so it is probably the only place where you can bring out a bigger board.

Across the river from Maconde and you might come across a concealed, unnamed, rarely-breaking right-hand reef that breaks in front of a tiny old building. The reef has enough curve on it for the southeast to blow into the barrels and actually keep them open until the wind strength is too much and it gets blown out. As mentioned, not many people will see this wave breaking in their lifetime, but it does happen.

On the point of the island, as you reach the corner of the Le Morne Peninsula, there are a few waves for everyone. The big right that comes off the top corner of the reef is a fat, open-faced bowl that is unfortunately well-ruffled by the trades, but if you get out there before the wind it can offer some great drops and a bit of excitement. It’s a long paddle out and is rarely surfed, but you can get out there and get a few squirts of adrenalin and get the shoulders working on the fairly strenuous paddle–out.

On the inside, there is a fun little double-up right-hander that works as a surf school, grom corner and longboard retreat. Plenty of waves, loads of paddling, warm water and really not that bad as long as your expectations are not too high. Always worth a look, but just be sure to avoid the food vendors in the carpark. A bad hotdog here cost me three days on the toilet and a very expensive medical bill once upon a time. Which reminds me, do not go to Mauritius without travel insurance. One visit from a doctor and one prescription totally destroyed that year’s holiday budget.

These waves are the ones that everyone knows about. There are more. A quick mental inventory brings another five great waves to mind, with two of them in the excellent category, but revealing any clues about them will result in death threats, and I don't need any more of those. For one of them, check the video 4:30

Having said that, apart from the localized spots, every surf spot in Mauritius is pretty mellow. Score waves on the south, and the surfers there will be happy to surf with you. Similarly, stumble upon one of the set-ups on the northwest and in the north, and surfers there will be stoked to have you out there to talk about the good things in our surfing world.

In general, the surfers of Mauritius are wonderful people, and cannot be defined by the few territorial aggressors. Avoid those, and you’ll have a wonderful time in this island paradise. 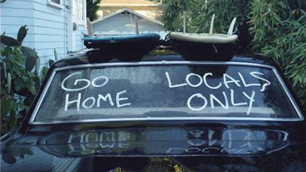 A Government Green Light For Localism