The Little General whose greatest legacy is good sandbanks.

Right now the world’s best surfers are descending on Hossegor for the Quik Pro France. After sampling (well, those that were invited) the mechanical perfection of Kelly’s fishbowl, they are now thrown into The Bay of Biscay’s unpredictable ripbowl.

Now France can get perfect, you’ve all seen the images. However it is more the consistency and the variety of the waves that make it a worldclass surf destination. But how does a simple, straight, two-mile stretch of sand provide everything from two foot rip bowls to heaving 10-foot slabs? Well, since you asked, we can thank both the changing nature of the Adour River and the world’s smallest, angriest and most arrogant goofyfooter, Napoleon Bonaparte.

The Adour River starts high up in the neighboring Pyrenees mountain range and for millennia discharged its snowmelts and sediment into the Atlantic in or near the port of Capbreton, right next to Hossegor. This gouged a swell-funneling deep water canyon into the ocean floor known as the “Fosse de Capbreton”, similar to the canyons that sit out the back of Puerto Escondido and Nazaré.

Rivers being rivers though, they tend to move and squirm over time and for a couple of hundred years, starting around 1300, the river changed tack and entered the ocean 30 kilometres further south, near the city of Bayonne. Humans being humans, they quickly utilised this river port, constructing a shipbuilding and armament industry (hence the term “bayonet”) and generally exploiting the river’s new trajectory. Less than 200 years later however the river changed her mind and again reverted back to its historical exit point at Capbreton. 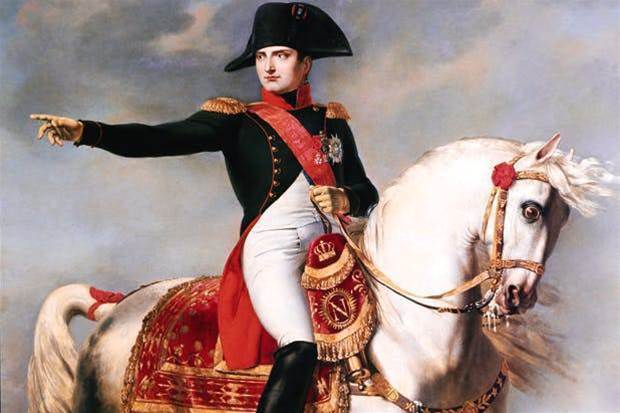 However the City of Bayonne was none too happy with the change, as the city's economic future now relied on the port. And a port without a river is as useless as tits on a donkey. They enlisted the master engineer Louis de Foix to make sure the river returned at Bayonne and stayed there for good. In 1578, after huge cash investment and 30 years of construction, the massive redirection was completed, the port still in existence to this day.

However the offshore canyon wasn’t going anywhere, and with no river, the beaches started forming back at Capbreton and Hossegor. For this we can thank one Napoleon Bonaparte. In the early 1800s the French Emperor ordered the planting of mile after mile of pine trees, which soaked up the swampland behind Hossegor and further stabilized the sand. Now he might have been shithouse in taking on the Ruskies, and was responsible for half a million soldiers deaths in that invasion alone, but hey, who gives a fuck when he provided the banks?

The end result was a stabilized beach and a massive deep water canyon that allowed the consistent Atlantic waves ranging from small wind swells in summer to massive storm waves in winter to arrive concentrated and unmolested. Lucky for us, and the CT competitors arriving right now, it is this mix of oceanography and local history that provide a perfect cocktail of incredible waves. 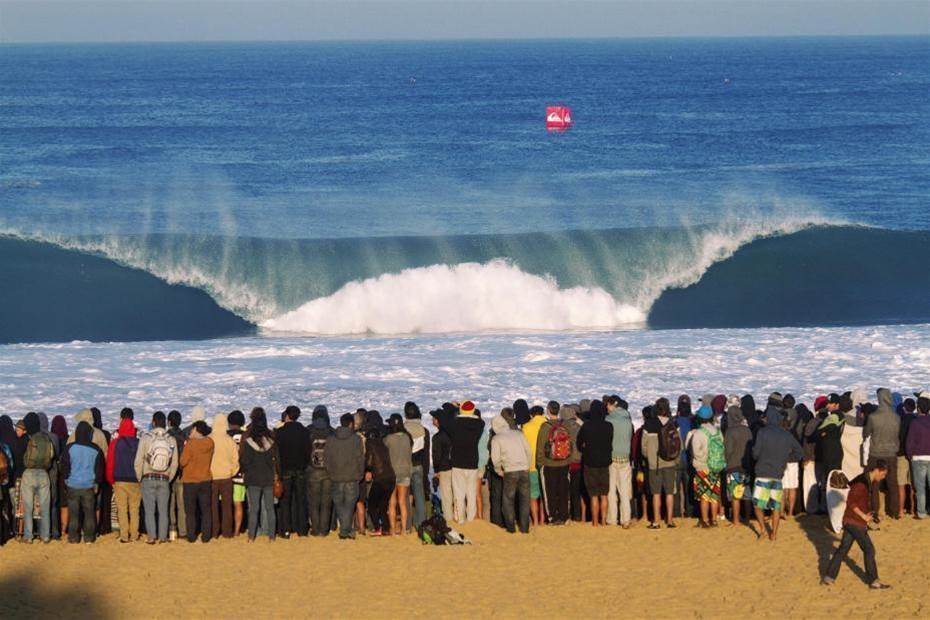 Local crowds flocking to La Graviere for the Quiksilver Pro.

Now it doesn’t always work. Just two weeks ago a huge swell ripped through these famous banks and left the beach a gutter-filled mess. Not on the Bondi level sure, but not the stuff French dreams are made of. On the flipside they also pushed a shitload of sand down to La Graviere, where the contest site is based. Our prediction is that it might be a stop-start affair, with moments of magic, amongst the closeouts. But when a singleted surfer is spat out of a huge sand-grinding barrel, he might want to thank Napoleon, and the River Ardor, for all their hard work done 200 years ago.