These days Margaret River is all about the rights.

Mainbreak at Margaret River is a left. It’s a long and dreamy left that wraps and even barrels, is highly contestable and looks amazing in photos. It’s rarely surfed in events though, because Margaret River is all about the rights.

The rights off Mainbreak are the waves that score high out there. One can remember ADS going to town on the rights against JJF in 2015. Both of them were picking up bombs, ripping them all the way through to the shelf, and getting the big scores out of it. The trickiest ting about that final was the end of the wave, when sidewash and backwash seemed to tip the much lighter John John off his board over and over again, while Adrian stone-legged through every finish, not falling off despite the wash and currents pulling him all over the place. Similarly when Seabass took the event last year, it was for some funky surf on the right-handers, doing some amazing, different turns on the open faces and getting the scores needed in the windy conditions. It was however, all about the rights.

The sojourns across to The Box provide much welcome relief, with the best surfers in the world facing off against a right that is by no means friendly. Getting into, and out of a big pit here consists of a good dose of luck along with high level of skill and a dollop of good ole bravery. No time to really set it up, and no time to ponder the possible consequences of what that wave could do to you, it’s all about getting to the bottom in a decent trajectory aimed for the channel. Heats can be won and lost out there with the waves that you didn't catch as opposed to the waves that you did. Still, great viewing pleasure.

The jewel must surely be North Point however. It is a ridiculously perfect right hand barrel with a relatively standard take-off situation, a perfect right-hand tube ride, and without too many rocks sticking out of the water along the way. That the WSL has opted to move there for day one of their event is an amazing win for surf lovers the world over, and is going to up the excitement level ten-fold. 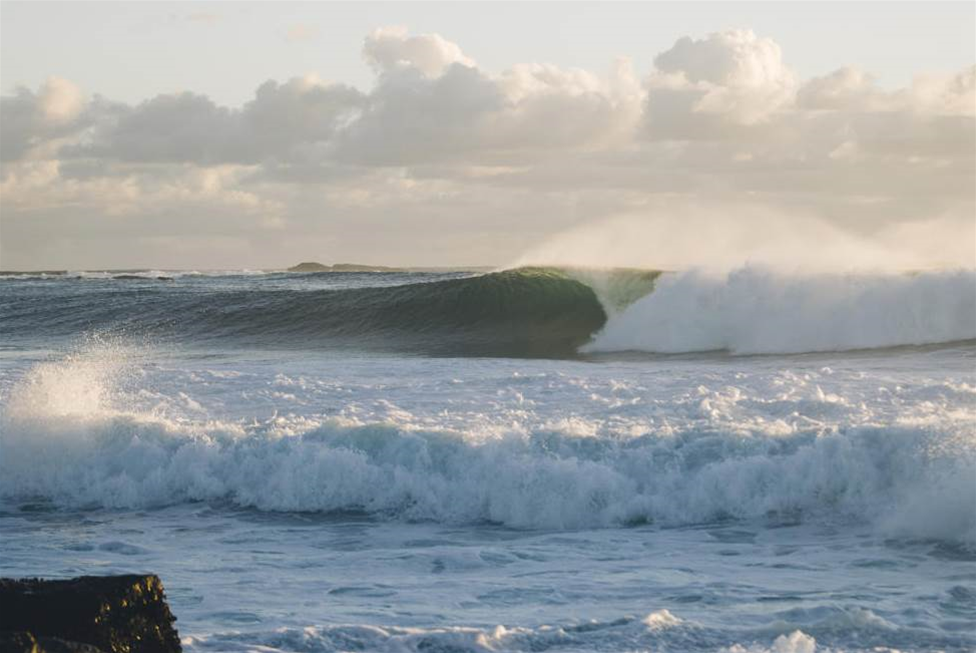 North Point, the real jewel of the west. Photo: WSL/Ord

With the move over to North Point, and possibly for two days of competition, the outcome possibilities have now changed tremendously. For one, it is going to morph into a natural-footers game now, with many backhanders going to be struggling with their lines and their escape routes. It has been mentioned already that the first waves of the sets at North Point are superior to all other waves there, due to a big of a swirl off the shelf and the wave kind of breaking in two a little towards the end of the tube section, so should a goofy-footer get two waves that aren’t first waves of the set, and also should that surfer not be an absolutely scintillating backhand tube rider, they are going to be compromised somewhat.

Surfers who come to mind immediately are the more powerful tube-riding talents like Kelly, John John and Jordy. Surfers who are not going to shine are surfers like Owen, Wilko and Gabby.

If the first two rounds are run off at North Point we will have a very differently stacked Jeep leaderboard after this event. 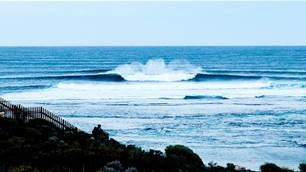