Rookie Matt Wilkinson was a standout in today’s Round 1 Rip Curl Pro Portugal.

Event No. 8 of 10 on the 2010 ASP World Tour, the Rip Curl Pro Portugal got underway this afternoon in front of capacity crowds numbering over 40,000 on the beach and the hundreds of thousands online.

“It’s definitely not a walk in the park out there,” Payne said. “It’s hard work out there. I got both of my good scores on my backhand, I think it was easier to jam in two turns on my backhand. Stoked to get through though. I’m loving Portugal. The people are really nice and I hope it cleans up tomorrow.” 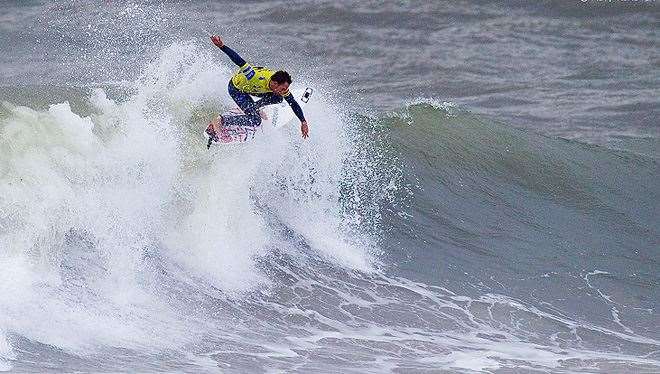 Tom Whitaker (AUS), 31, posted the highest single-wave score of the day, a 9.50 out of a possible 10, for two monstrous backhand bashes on a lumpy lefthander. The score, combined with an earlier 5.17, was enough to relegate former nine-time ASP World Champion and current ASP World No. 1, Kelly Slater (USA), 38, and Bruno Santos (BRA), 27, to Round 2 of competition.

“Any kind of lip you could see you had to hit it,” Whitaker said. “That one had a pretty good line on it and I was lucky that it pushed me out in front at the end. Any time you draw Kelly (Slater), you have to put up big numbers and he’s capable of getting 7s or 8s at any moment in any conditions.” 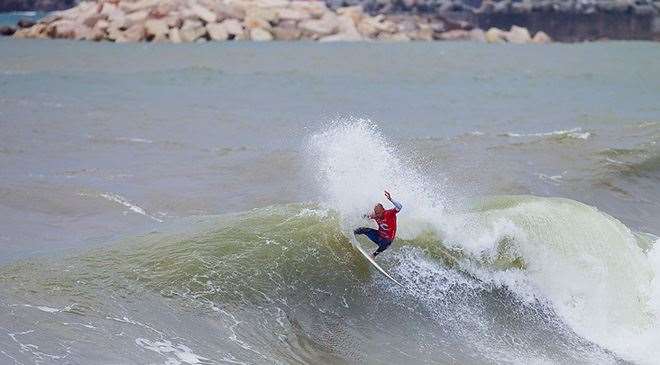 Currently serving as the replacement surfer for an injured Joel Parkinson (AUS), 29, Whitaker’s motivation may differ from those hunting the ASP World Title, but the stylish natural-footer remains hungry for results amongst the world’s elite.

“I want to win an event before I hang up my competitive career,” Whitaker said. “I feel like my surfing is still at this level and I’m looking forward to a few more opportunities here. I have to give a shout out to Joel Parkinson, who I heard had his first surf the other day. I hope he rebounds quickly and I look forward to sharing some waves with him in Hawaii.”

“It’s a big washing machine,” Fanning said. “I don’t think it matters what you ride out there, you just have to hang on. The Portuguese people turn out in the numbers and they’re really cool. They’re just stoked on surfing and that’s what we’re excited about.”

Following a win at the last event in France, Fanning is currently ranked No. 3 on the ASP World Title Race rankings, well within striking distance of the leader position in the hunt for the 2010 crown. 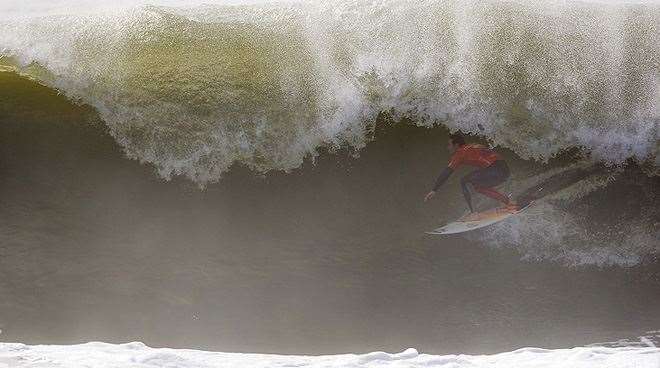 “Kelly (Slater0 has been on such a roll,” Fanning said. “I pretty much just need to win events and that’s what I’m trying to do. I’m not concerned with what he’s doing at the moment. I’m focusing on putting wins on my scorecard.”

Jeremy Flores (FRA), 22, current ASP World No. 20, lead the Round 1 European charge today at Supertubos, threading a challenging barrel in the dying moments of the heat to edge out Dane Reynolds (USA), 25, and Dean Morrison (AUS), 29.

“It’s very difficult out there this morning,” Flores said. “It’s similar to Round 1 in France last week. It’s big and unorganized and hard to line up. I was able to find a tricky little barrel there at the end so I’m stoked. It’s hard though.” 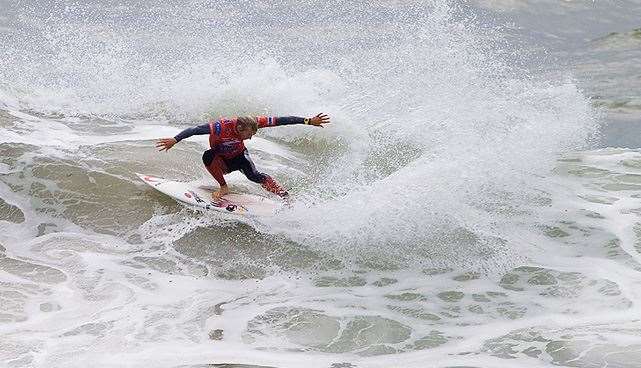 His years has had it's ups and downs but we're are getting closer to seeing Owen Wright at his best in 2010.

“It was a super tough heat,” Wilkinson said. “Having Tiago in a heat over here was always going to be tough. There are tens of thousands of people cheering for him as we’re running down to the water and I just felt a little bit obscure. I love the crowd here though. They’re a super passionate crew and they want to see their local boy do well.”

Event organizers will reconvene tomorrow morning at 8am to assess conditions at Supertubos for a possible 8:30am start.

Highlights from the Rip Curl Pro Portugal will be webcast LIVE via http://live.ripcurl.com 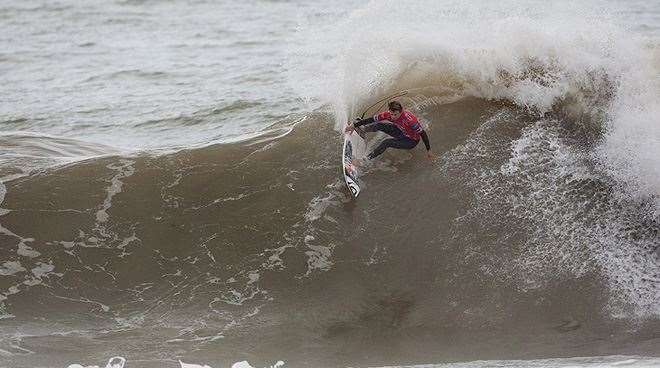 Despite a few quality moments like this high line hack, Dane Reynolds too went down. 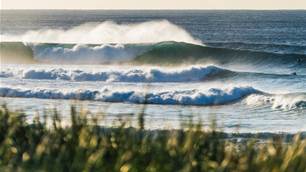