Come for the surfing, stay for the tunes.

You can probably blame Tom Curren. He was the first professional surfer to make a career out of music. He’s been gigging and recording since he stepped off tour two decades ago. Jack Johnson then stepped it up a little. He swapped Pipe barrels to go on to sell more than 20 million records. Donavan Frankenreiter, signed to Johnson’s record label, then combined his freesurfing gigs with bands Sunchild, before going solo. He’s released nine successful LP’s since 2004. Kelly Slater, Rob Machado and Brad Gerlach all had a crack and in the decades since the phenomenon isn’t going away. Professional surfers can’t seem to stop trying to take their surfing success to the stage. Here we take a look at the latest batch.

The Pro surfer and prankster Paul Fisher just had his Losing It mix voted as No. 2 on the Triple J’s Hot 100. This comes after a Grammy Nomination for Best Dance Recording and DJ sets at the world’s biggest festivals including Coachella. For a man whose main gig was once interviewing Kelly Slater with a dildo-shaped microphone, he sure is doing okay. International DJ superstardom awaits.

Following in fellow Santa Barbarian icon Tom Curren’s footsteps Conner released his first EP in 2018, imaginatively titled Conner Coffin & Friends, That featured six covers, including, surprise, surprise, Knockin' on Heaven's Door. The natural footer and current World No. 7 has been playing guitar for ten years and told the WSL, “I would love to play live more, and keep working towards writing and recording my own songs in the future.” 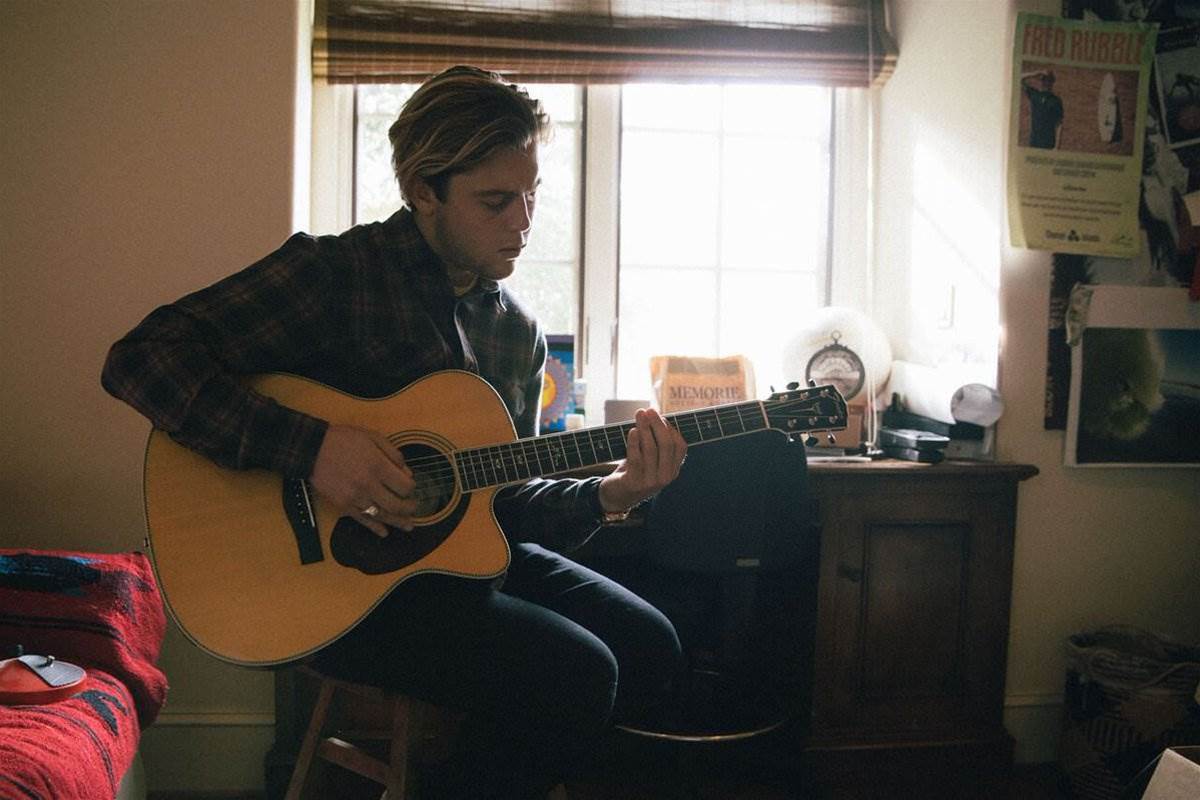 Connor Coffin brings a little bit of that California soul.

Again the Tom Curren influence is hard to ignore. The 7x World Champion welds a similar super style on a surfboard with impeccable fret work. She once played with Jimmy Buffet at the Quik Pro Gold Coast and has a guitar collection the envy of any axe enthusiast. Post surf career will her talent be able explored more fully? Or will she team up with Carissa Moore and take over the world?

The recently crowned World Longboard Champion has been serious about his music for the last five years and just completed a six day set on a Jam Cruise, from Miami to Mexico and back. With an LA-based agency behind his music and a new EP coming out later this year the Saffa is determined to make a career out of both his passions. “I see music and surfing complimenting each other perfectly,” he told Tracks. “There’s no love divided between the two, it’s only multiplied. I would never chose between them. That would be like a parent choosing a favorite child.” Rothman rates the recording of his debut album ‘Sound Cloud’ as big an achievement as winning the BWT World Title. That album eventually became the #1 Billboard World Album on iTunes. The Hawaiian hardman has been playing his ukulele since he was two and his latest album, “Keep Aloha Aloha” sticks to the Hawaiian style that is his stock and trade.

The retro styled pro surfer, surfboard shaper and artist from California also carved a music career with low-fi surf slackers Japanese Motors and then with his mate Ford Archibold and girlfriend in Tomorrow Tulips. Never one to trumpet his technical musicianship, Knost still has landed record deals and a cult following on the West Coast.