How one board's journey encouraged surfers to open up and talk.

A talking stick is an inclusive cultural tool used by teachers to give individual students a voice, and politely press pause on certain others. When an individual holds the stick, they are given the right of passage to speak openly, without disruption, while those around are encouraged to listen, reflect and ask questions. This past November, employees of the Movember organisation Travis Garone, George Curnow, along with Tom Cole from Monster Children, created a kind of talking stick of their own. In this instance, the stick took the form of a black surfboard, and its custodians were the ocean minded individuals of the east coast of Australia. The ‘30 waves in 30 days’ concept became the journey of a single surfboard that traversed the east coast of Australia, offering people an unlikely moment to speak their mind about the realities of mental health. Shared by an entire community, the board embodied the idea that we are never alone in our story, and sought to remind individuals that you don’t need a surfboard to talk and be understood.

The concept wasn’t a Movember endorsed initiative as such but run in conjunction with the worldwide fundraising and awareness program. Movember, now in 21 countries, is centred around raising awareness and making a difference in mental health & suicide prevention, prostate cancer, and testicular cancer. Originally, the board was generously shaped and donated by Greg Brown from Gash surfboards to feature in a like-minded charity event in Torquay. Grateful to be given the opportunity to give back in any means possible, Greg’s humble request for the board was to simply aim to do something radical with it. As we are all too aware, Covid erupted and as a result, the board was temporarily sidelined, taking up the not so radical role of gathering cobwebs in George’s room. When November rolled around, it was decided that the board be surfed by Torquay locals in the hope of bringing people together, both in the name of mental health, and to acknowledge the physical separation that Covid had created. The board's maiden surf took place in Torquay on November 1, 2020, and while the concept for ‘30 waves in 30 days’ was officially underway, the logistics surrounding how it was going to play out and who would be involved were as clear as mud. Paying homage to Greg’s succinct orders for the board, the trio’s requests were equally as measured. “All we asked is that people be conscious that there is an underlying message that needs to be shared” explains George. “Ride it, enjoy it, and speak your mind”.

Identifying the board's popularity across online platforms in the initial days of being ridden, Tom, co-founder of the concept, raised the idea to get the board surfed all the way to Sydney by month's end. As the days ticked over, the board got surfed, people engaged, social media shares increased, and before long, George, Tom, and Travis had become proud foster parents of a precious talking stick whose intended message and lifespan depended on the goodwill and connection of active community members along the east coast. “We set up a message thread to spread the word, liaise with participants and track the board's journey and to be completely fair, it was utter chaos. If you were an organized type of person, you would not have wanted to be on that thread” he laughs. There were several times when the trio was clueless as to the board’s actual location, let alone how it was going to get from A to C, via B. However, as these things do, and with some mediation and trust, the board basically drove itself. Truck drivers, friends of friends, second uncles’ brother’s sister-in-laws got behind it, everyday people going above and beyond to ensure the board got to its rightful place in good time.

“We never asked anyone specifically to surf the board, they either came to us or it just magically coincided. This meant everyone who surfed the board, did so for the right reasons and that made it feel extra special” states George. I was fortunate enough to fall into this coincidental category and the journey it has allowed me to follow since is a true testament to the impact a simple encounter with the board can ultimately achieve. Enjoying a morning surf at Mollymook, I unintentionally crossed paths with Max Zappas and Guy Brown who had collected the board for the day. Thanks to Max and Guy, I got to enjoy a handful of waves on it before passing it on to close friend Russell Bierke. Post surf, I followed the board's journey online, watching its uncanny ability to positively impact individuals and communities in various ways. Months later, I was fortunate enough to meet with George in Melbourne and discuss the concept of the journey in depth, which leads me to writing this today. 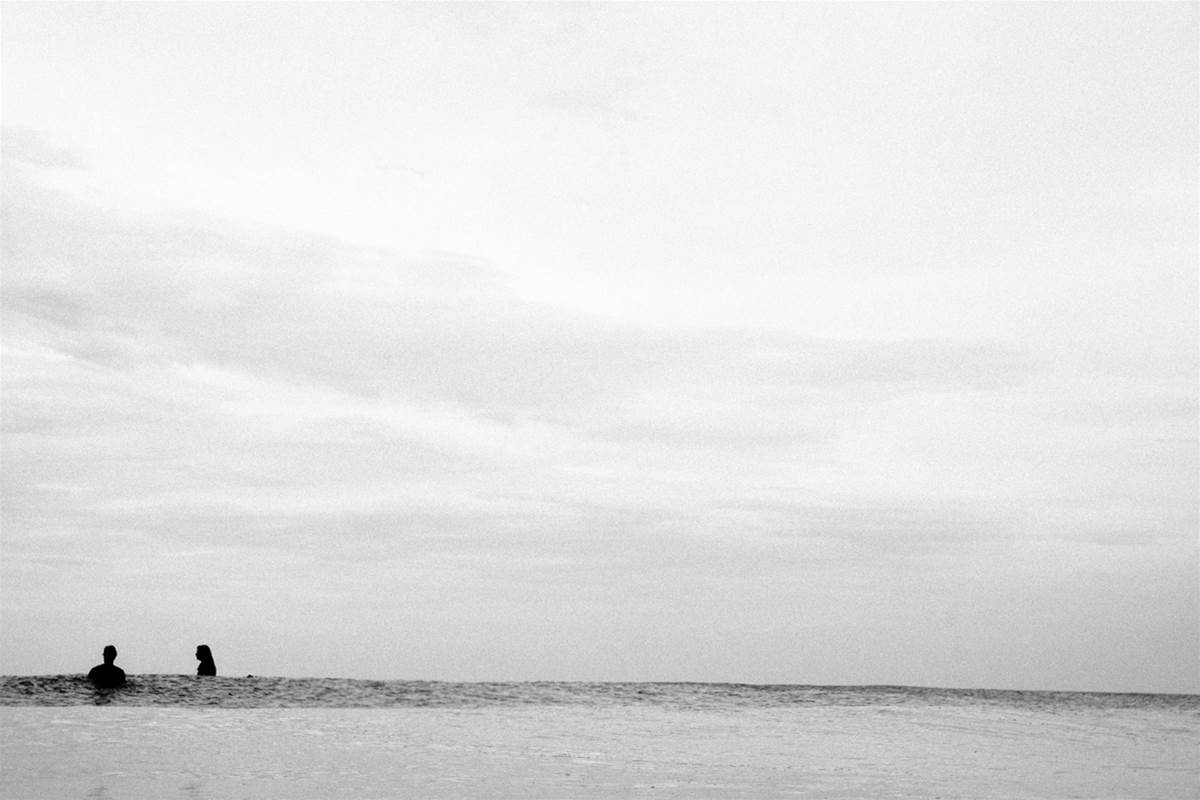 Brett and Guy chewing the fat between waves at Mollymook. Photo: Max Zappas

As the board gathered momentum, the magnitude of the matter they were embarking on bought about additional responsibilities for Tom, Travis and George. Desperately wanting to fulfill the work they had started while capitalising on the potential for raising awareness was one reason, stepping out from behind the keyboard and revealing vulnerable aspects of their own identities naturally became another. “If Tom, Travis, and I are going to ask people to open up, we need to also lead by example and show some degree of vulnerability ourselves” says George. “For me it’s accepting the fact that we all have these days and it’s one thing to talk about it and it’s another to understand that talking is the first step in overcoming something that is often multi-layered”. For George, the surfboard, along with surfing itself, personally reflects his chosen outlet for restoring calm and effectively dealing with issues as they surface. Not only does the board operate as a catalyst for conversation, but it is also a reminder for others to reconnect to the thing/s they love doing, in order to help navigate the hard times when they arise.

The ocean and its many personalities share distinct similarities with the nature of modern lifestyles and also, with that of the mind. On a day-to-day basis, you never quite know what hand you’re going to be dealt. Calm and peaceful one minute, wild and unpredictable the next. The board itself is symbolic of certain characteristics and processes associated with the stigma around Men’s mental and physical health. Black represents the Movember awareness initiative while the twin fin design is symbolic of two individuals standing side by side. Men in particular, find it much easier to talk when they have trusted support beside them. For many, face-to-face communication may be considered confronting, but the act of taking a walk, or simply sitting beside someone as they share their feelings can help create a comfortable platform for individuals to open up, and let others in.

On the 1st of December 2020, the black beauty rode its final wave of the journey at Snapper Rocks, Queensland. Ironically, that very day marked the funeral of the late John Shimooka, a Hawaiian surf icon who tragically took his own life just days prior. John’s passing was a sobering reminder that although the ‘30 waves in 30 days’ campaign had been a success, in no way is the worldwide struggle with mental health and its related consequences even close to under control.

What started with an idea had finished as a community. The ‘30 Waves in 30 days’ Instagram page received over 2 million views and was no doubt the catalyst for an immeasurable amount of positive and life-changing conversations. While Movember might primarily focus on Men’s mental health, these struggles don’t discriminate by gender. Thankfully, neither does the solution. Talking about how we are feeling is a conversation for everyone, reach out to those people in your life and let them know you care, let them know you need help, let them know you're there for them always. Be yourself and remember to always give others the supportive space to do so.