Images from a Golden Age of surfing.

The difficulty in writing captions again and again for the same pictures is that you manage to bore yourself. You have to hope that no one else notices the repetition as much as you do.

Through the 1970s while I had my house at Angourie, this is the image that lodged itself most firmly in my head. The track in the early ’70s ran straight off the end of the car park and wound its sandy way through the banksia trees… which framed the break perfectly.

Alex was the caretaker of the reserve, and had a small shop where he sold basics like bread and milk, and the fish that he caught.

That’s local surfer Geof Walters in the foreground. I’d shot a few frames as okay sets came through, and Geof literally walked into the frame. It’s a picture that resonates with almost anyone who’s loved surfing The Point. 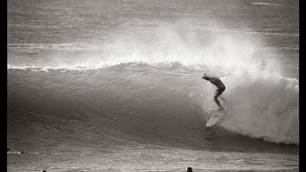 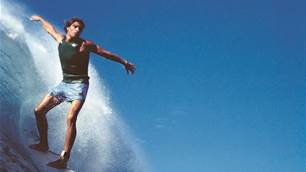