It's not easy to get an audience with Mr Pipeline

By the mid-1970s, when I became the editor of Tracks, there were surf heroes for just about every taste and every occasion. As Cheech and Chong noted of women at about the same time, there was more than enough to satisfy every weirdness, every fetish.

The mighty MP was at the height of his powers, of course, stoned and shredding, and cool in every respect, despite the wife-beater and the bizarre velvet clothes. And Bugs was coming on right behind him, busting out the Jagger moves on land and the hands-behind-the-back at Kirra. Or you could go mysto with Wayne, although Lynchy was just about to come slithering out of the southern scrub to chase money at the Coke contest, or old school with Nat, who had already emerged from Sunnybrook Farm for the same reasons.

Likewise on the international stage, we had Hakman and Reno on The Rock, with Rubberman starting to come on strong, while elsewhere Shaun the Prawn was staking a claim as the world's best tube-rider. And then there was Gerry, out there in his own stratosphere despite a contest record you could fit on the back of a postage stamp*. 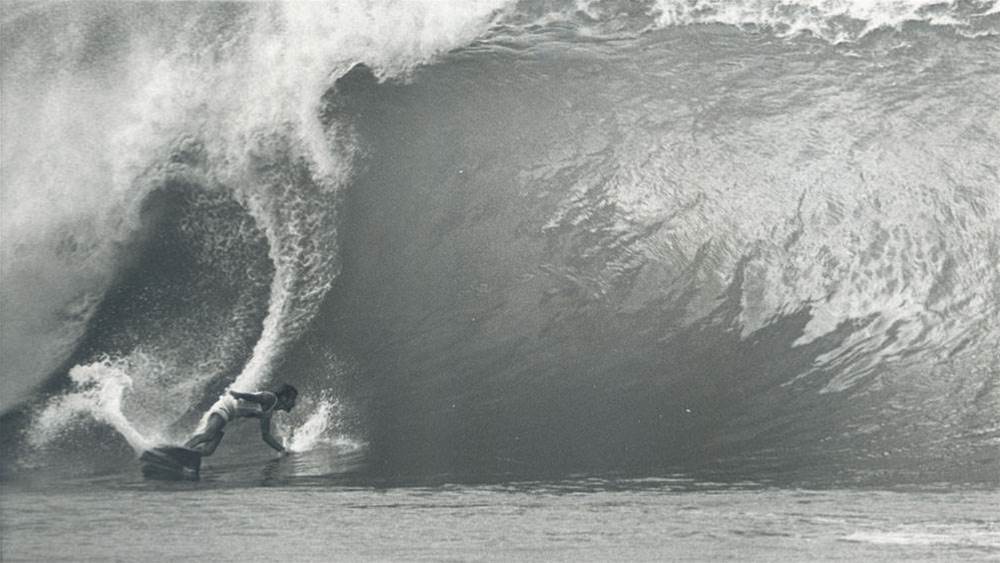 Gerry Lopez wasn't the first "Mr Pipeline", just as Jeff Hakman wasn't the first "Mr Sunset", but he was the only one that mattered to my generation. Beyond cool – even beyond uber-cool, which hadn't been invented yet – Lopez was a slight and sleepy-eyed presence who came to life under the influence of a double-overhead left-hand barrel, deftly timing a long, casual bottom turn to make it look so easy as a heavyweight chandelier cascaded over him, emerging unruffled in the channel, perhaps flicking his hair back or brushing the salt spray from his moustache. No one ever saw Gerry Lopez claim a wave. He didn't need to.

I met Lopez on his first trips to Australia for the pro tour, where he went through the motions, largely for the promotional benefit of his Lightning Bolt brand, without ever seeming very interested in the results. I hung out with him on Oahu to write profiles for Tracks and Surfer Magazine, and was fortunate to spend time with him, along with Rory Russell and other notables, at Uluwatu during the glory years on the Bukit.

Rory and I had similar interests – good booze, bad jokes etc – and got along like a house on fire, but I never felt I got anywhere near close to Gerry, despite the fact that he was intelligent, articulate, amusing and good- natured (even in the line-up!). He seemed to spend a lot of time within a cocoon of his own creation, just him and a few close buds, his yoga, his health foods and the odd mood-changer. The only time this changed was when he was a fish out of water, as he was one time when I caught up with him in Sydney, doing an in-store promotion for Golden Breed (I think) at the old Grace Bros department store on Broadway.

It was winter and Gerry was wearing an ill-fitting winter- weight business suit, his tanned neck looking scrawny under an oversized collar. We slunk off somewhere between sporting goods and women's lingerie and found somewhere to rest our butts, I switched the camcorder on and off we went. "Gerry," I said, "what the fuck are we doing here?"

Neither of us really knew, and I don't think the interview ever really recovered. Then it was the 80s and Lopez went Hollywood and I went a bit Hefnerish and didn't see him or think about him for a decade or more, and then it was the mid-90s and I was doing trade shows with Hakman, and here was Lopez, a bit grey and statesman-like now, still Mr Mellow, still cooler than technically feasible, living in Bend, Oregon, snowboarding, towing in on Maui during the season, family man, keeper of the faith.

By this time the two-times Pipe Master had long since moved on from contemporary master to living legend, and with every year since, the legend has strengthened, thanks to the odd book, Patagonia and, more recently, Gerry's surf and yoga retreats. That was what brought Lopez back to the Bukit a couple of years ago, his first trip back since the glory days. Being just down the road at the time, I made an effort to touch base but was rebuffed by the border guard.

I'm sure Gerry has his share of stalkers, but I must admit I was a bit miffed until I heard that Warren "Abdul" Anderson, who was as close as anyone to the inner sanctum back in the day, suffered the same fate, except that no guarded fence ever presented a problem to Abdul, and he managed a brief audience.

None of this has much to do with the mythology of Gerry Lopez, something I'm as partial to as the next guy. I knew him, I surfed with him, as far as I know I never dropped in on him. I treasure those memories, just as most surfers of a certain age treasure the image of Gerry smoothly dropping behind the green curtain, and just as smoothly emerging, cool written all over his demeanour. 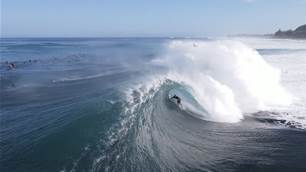 Watch: This Valentines Day Pipe Cut will Leave You Head Over Heels