"Infrequency with which summer delivered waves had me cursing boardshorts, hating chicks in bikinis and praying for rain. 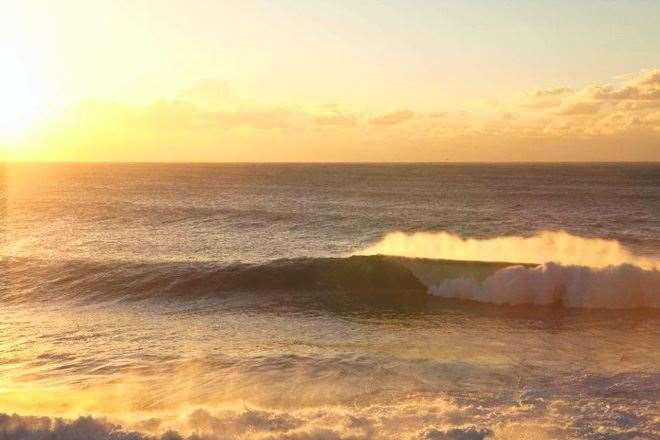 One worth the wait. Pic: David Bennell


Gee summer really dragged on. Dragged on much to the delight of many I’m sure. My reaction to the slow moving summer fun bus was a little different. Infrequency with which she delivered waves for example had me cursing boardshorts, hating chicks in bikinis and praying for rain. I even began hunting signs of winter sleuth style – frost on my windscreen, the sudden need to close the bathroom window, anything that signalled a change of seasons.

For many weeks my hunt was fruitless – and then finally winter swell reared up (around the nation no less). Our first credible flicker of winter was as welcoming as a cup of tea from Grandma. The cool crisp early morning winds and frost was well noted. Along with the new chill was an extended period between waves, but I’ll get to that.

High seas often come with a struggle to find breaks that actually handle this type of swell. This can be a head fuck – driving around checking spots like a rat in a maze with no exit. While your piece of coastline may be one that disappoints at least you know you’re alive. Just being in the presence of a rambunctious ocean is a gift.

For me, creeping out the door at 5am for my first bite at the winter cherry, I ponder what it is I love about this crazy process. An hour later I’m suiting up and feeling the chill of a wind whistled car park. I waited months for this day and now that’s arrived I’m on top of the world. Barely containing myself from hooting – and scaring the tourists walking the cliff tops around me – I internalise my psyche and strategically prepare my board.

Micro minutes pass and I’m off the ledge into the big blue – she feels sooo-gooood. The water’s tepid and the swell bigger than expected. A set approaches and it’s a beast. I try hustling into her sweet spot but flinch and pull back. The moment of weakness plays on my mind as the ocean goes flat. The big wait between sets (I mentioned earlier) becomes painfully obvious as I saddle up, ready. What’s is it that’s so special? What’s driven my to forsake all for my morning surf? I again wonder. Lost in a tangled reality, half awake, half asleep, I wait – again. Wait like I did for month’s prior. Wait like I did at the empty traffic lights. Wait like I did when I let some sets wash through before walking onto the slippery ledge to jump off. Wait.

Then a mid range set starts to cork me skyward, my stomach fills with excited butterflies. “That’s it!” I gleeful announce as catch a glimpse of a bigger wave behind. It’s the score that makes it so special – not the hit! The feeling of letting that smaller (or less perfect wave) go to threw only to bob your head over its passing crest to behold a bigger better wave is hands down the greatest moment in surfing. I thought I hated waiting? I guess I was wrong.