One month into the five month waiting for the Cape Fear, Shipsterns contest, details are beginning to emerge about what it’s all going to look like come D-Day. One thing is for sure it’s going to be life-threatening and too big to paddle.

“For this to be a spectacle and for people to see what they wanna see it has to be the gnarliest conditions possible,” says Shipsterns legend and Cape Fear competitor, Marti Paradisis, who is also part of the contest’s organising committee.

'The Tasmanian' - featuring Marti Paradisis from One Palm Media 🌴 on Vimeo.

Above: Marti Paradisis looking stoic beneath the cliffs of Shipsterns.

“This comp is only gonna be held if its big - if it’s 15 foot plus - so straight away that wipes out the paddle waves and it’s pretty much too big for the boogers,” he says.

The decision to run it in waves too big to be paddled was made out of respect for the hardcore Shippies regulars who live for the rare few days a year when it turns on.

“That was one thing we definitely wanted to happen. We didn’t want to close it down to mates and local crew on a day it was pumping because I don’t think that’s fair and what Shippies is about,” says Marti.

“It has to be a huge tow day. That’s when people will really see the face of how crazy this place is,” he says.

Getting approval for the contest wasn’t easy with many in the Tasmanian big wave surfing underground reluctant to give up their spot on one of the best days of the year.

“Even after talks and negotiations with Red Bull there were still a lot of people, including myself, that were apprehensive about it,” says Marti.

The Red Bull Cape Fear event is the latest in a series attempts to hold a contest at the wave. In the past locals had deemed “the negatives of a comp completely outweighed the positives of it.” But Red Bull’s conciliatory approach, in which they agreed to have a local surfer represented as part of their organising committee, helped seal the deal.

“There’s been so many people that have wanted to get one going in the past but the negatives of a comp completely outweighed the positives of it,” says Marti.

“After all this time, there was all these things we took into consideration in relation to whether it was a positive or a negative for the future of Shippies,” he says.

"We didn’t want outsiders coming in and taking over a place that means so much to the local people. So we initiated a committee member to negotiate terms and have ongoing consultations with organisers of Red Bull Cape Fear. This way we can make sure the competition always will head down the path that is best for Shippies and the locals who surf it,” he says.

Among the local community’s concerns were that the pristine environment surrounding the wave could be tarnished.

"Shippies is such a fragile area. The only way we can achieve minimal environmental impact is to convince people that the best way to watch this comp is online. Those who have been to Shippies have an understanding of how small the viewing area is. It’s also very dangerous with large rock falls happening frequently,” Marti says.

Locals were also adamant local surfers feature heavily in the event. With ten of Tassie’s most hardy big wave hellmen lining up in Cape Fear (including the expression session) that box has been comprehensively ticked. 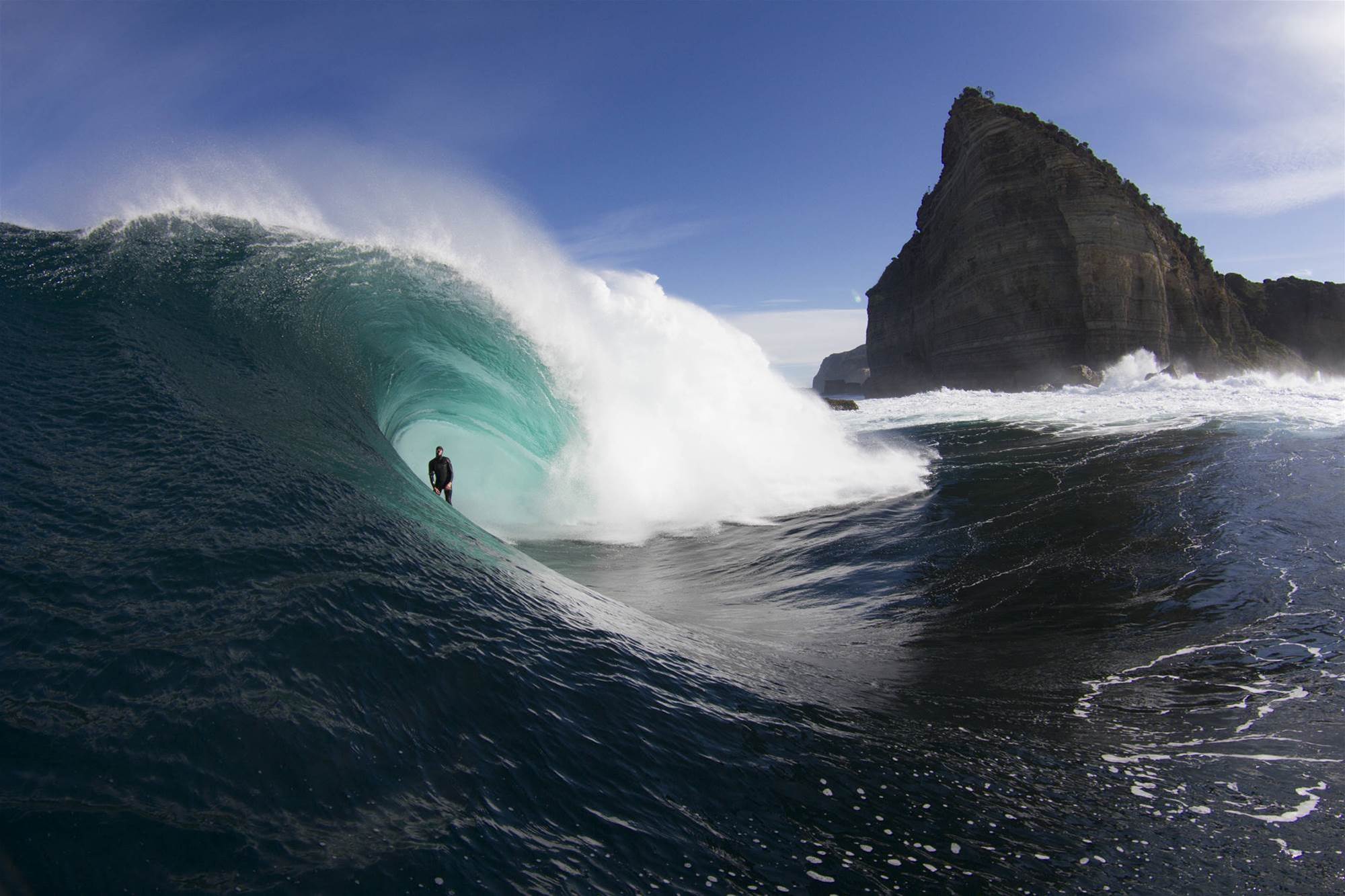 Local boy, Tyler Hollmer-Cross on a wave that's so round and pretty it almost looks tempting to the average man or woman. Photo: Redbull

“For them to let us have ten locals plus an expression session is by far better than anything we’ve thought was imaginable. That’s one of the reasons we had such a negative thought process on having a comp there all these years, ‘cos we never thought someone would appreciate having that many locals in the comp or back us for putting on a show,” says Marti.

If they do get 15 plus feet of swell, Marti says the unique contest format will test everyone, himself included.

“With it being a competition with heats and all that it’s gonna be pretty bizarre surfing out there. I’m usually a patient person surfing Shippies and to have that taken away from me is gonna rattle me for sure. I’m gonna be out of my comfort zone because of that,” he says.

If Marti’s gonna be out of his comfort zone, you can only imagine what’s in store for the Shippies virgins in the field. The jet skis might be able to get them in but negotiating the step is an ordeal in itself.

“The first mistake people make is when they first let go of the rope. That’s gonna make or break you,” he says. 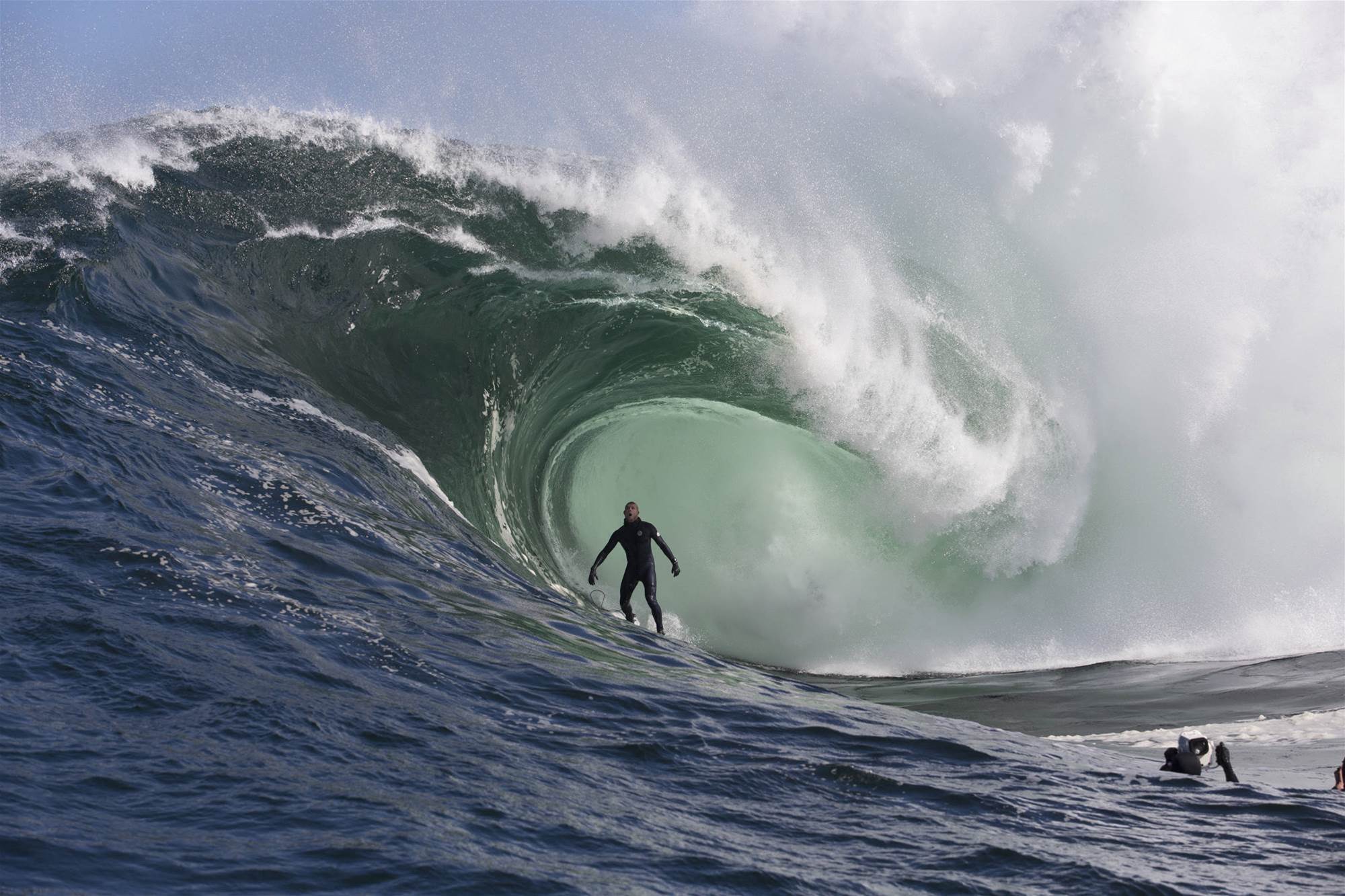 Mick Fanning is on the invite list. How will he fare against the local specialists? Photo: Redbull

“When you let go of the rope and take that first line over the first step that’s when a lot of people who’ve never surfed it before lose all their speed. That’s the most critical part,” he says, adding with a mischievous laugh, “I won’t say much more about what line I’m gonna take.”

As for the favourites, he says it’s hard to go past underground hero, Laurie Towner, who he labels “the ultimate free surfer.”

“Loz is such an all time surfer, it’s like he’s just got this gift where good waves come to him no matter the session. It just seems that way but it’s all to do with the way he reads the ocean and his skill as a surfer riding the waves. He’s the ultimate free surfer. He has to be right there at the top,” says Marti.

Out of the locals, he pegs Mikey “the contortionist” Brennan, as the man to beat.