Thrills and spills and a little bit of wind.

Ballito, Durban – The second day of the Ballito Pro presented by Billabong was a day of high action and big hits as some of the top seeds and favourites were sent packing. Davey Cathels was the first surfer to take a hit, being eliminated by the diminutive heat winner Keanu Asing, along with local ripper David Van Zyl.

Beyrick de Vries had a breakout event last year when he beat Jordy Smith en route to a quarterfinal finish, and picked up a bunch of specialty awards along the way. This year however, he couldn't fight his way out of a paper bag. Actually, that’s probably a bit mean, to paper bags. In all seriousness, Beyrick’s performance was simply average and despite going for huge moves and big scores, he couldn't find the big stuff to get him what he needed. He ended up with a heat total of 11.87, and the two Hawaiians Josh Moniz and Ezekiel Lau shouldered their way past him like two Sunny Garcia clones side by side. 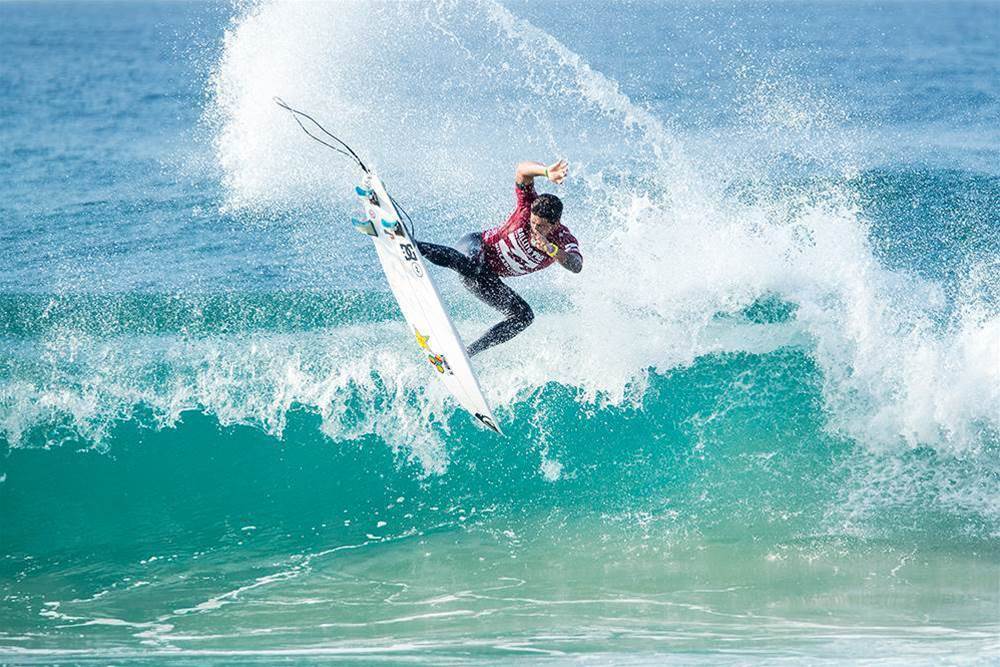 Heat 12 was a nerve-wracking affair for many of the locals gathered at the beach in Ballito. The combination of Ramzi Boukhiam fro Morocco being able to do nothing wrong, along with Jordy unable to find any waves with scoring potential was quite unsettling, in a good way. Without wishing to detract from Ramzi, who surfed a blinder, Jordy couldn't find a wave with a section on it. The one he did find allowed him two of his standard giant-sized moves and a 7.73, and after trailing in third position, he eventually managed to sneak ahead of Koa Smith and nab that second place and advance into the round of 48. His one wave, however, did show his superiority in the heat with total dominance of the wave and two big cracks for the score. Jordy Smith caught 12 waves in this heat, Ramzi caught 3, and Koa caught 2. Japanese surfer Hiroto Arai is a small chap and didn't feature at all.

“Your strategy tends to change every minute, every second of the heat and you just keep reassessing things. I wanted to get the best waves out there, but that didn’t happen in the first five minutes, and when others start off with big scores you’ve really got to go to backup strategies and backup waves,” Smith explained. “You couldn’t really tell if it was a good wave, so I just figured if I keep getting waves and multiple opportunities one of them would be good.” 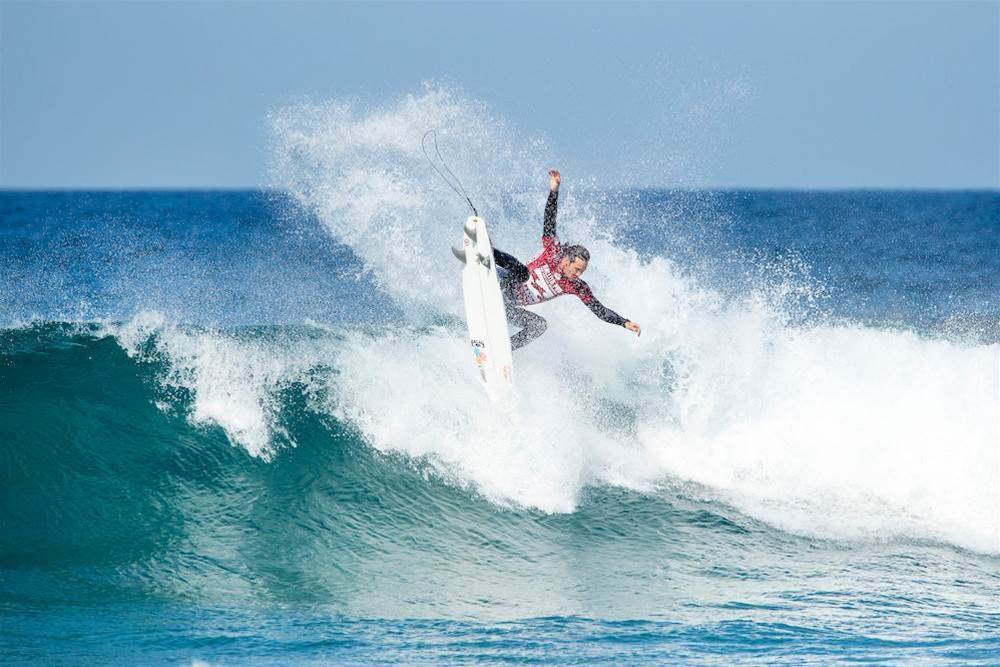 Jordy remains in the draw despite the tough conditions. Photo: WSL/Cestari

Surprise of the day however was Connor O’Leary coming last in his round of 96 heat and getting eliminated from the event. The defending champion never really got a chance to kick in and do what he does best – hard and fast backhand cracks. His fourth place result in the round of 96 was a surprise to everyone, but to be fair the waves were tricky, and the 7th rated Championship Tour surfer can now go down to JBay and start preparing for the big event, along with Adriano, who has been there for a few days and getting in tune with the perfect right-hander.

In fact, the waves were so off at Ballito that by the time this heat drew to a close commissioner Logie put the show on hold for two hours, before packing up shop for the day.

There is plenty of time left in the waiting period, and there are some good days of surf to come. When this stretch of the coastline gets good, it gets ridiculously good, so let’s hope that the remaining competitors all get a chance at some decent surf.