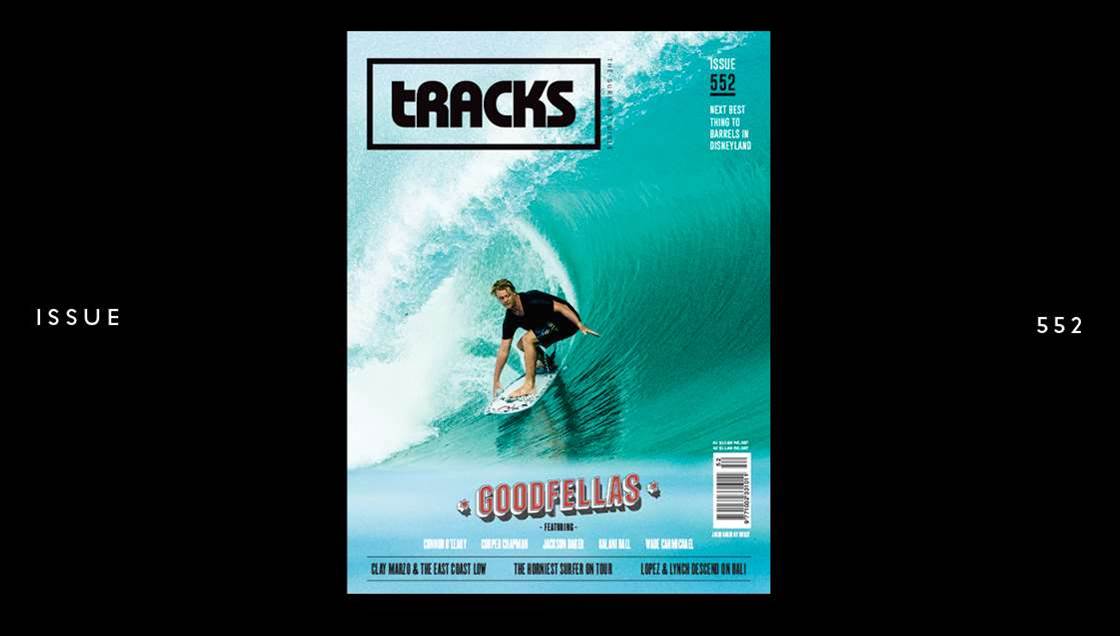 Tracks 552 travels to surfing’s Disneyland, the Mentawai Islands, along with five Australians who are hell-bent on qualifying for surfing’s premier league, the top 34. The ‘Goodfellas’ score dreamy waves, dodge sea snakes and survive the heaviest wave in Indo.

Meanwhile surfing icons Gerry Lopez and Wayne Lynch deliver a master-class in style when they return to Uluwatu.

Clay Marzo goes looney as he hunts the same swell that swallowed surfers in the Cape Fear contest.

Goodfellas - The surfers have only had a couple of down days after returning from a WQS in Japan and here they are again, hustling through airport queues, dragging six-packed board bags and downing sleeping pills so that the contortion required to catch z’s on a cramped Air Asia flight comes a little easier. The Japan contest was miserably small and none of our crew has secured a result worth talking about. The local sushi joint was apparently the only saving grace. “I ate 20 plates in a sitting,” boasts Wade Carmichael whose mane of hair, hulking frame and forest of facial growth make him look like he should be slaying dragons on the set of Game of Thrones. In Japan they were no match for the wing-heeled backside whips of event winner Evan Geisleman, explains Kalani Ball, himself a lithe natural footer with a penchant for technically difficult airs.

Anticipation levels are running high. The wave prophets have forecast some serious bumps for our trip to surfing’s Disneyland. 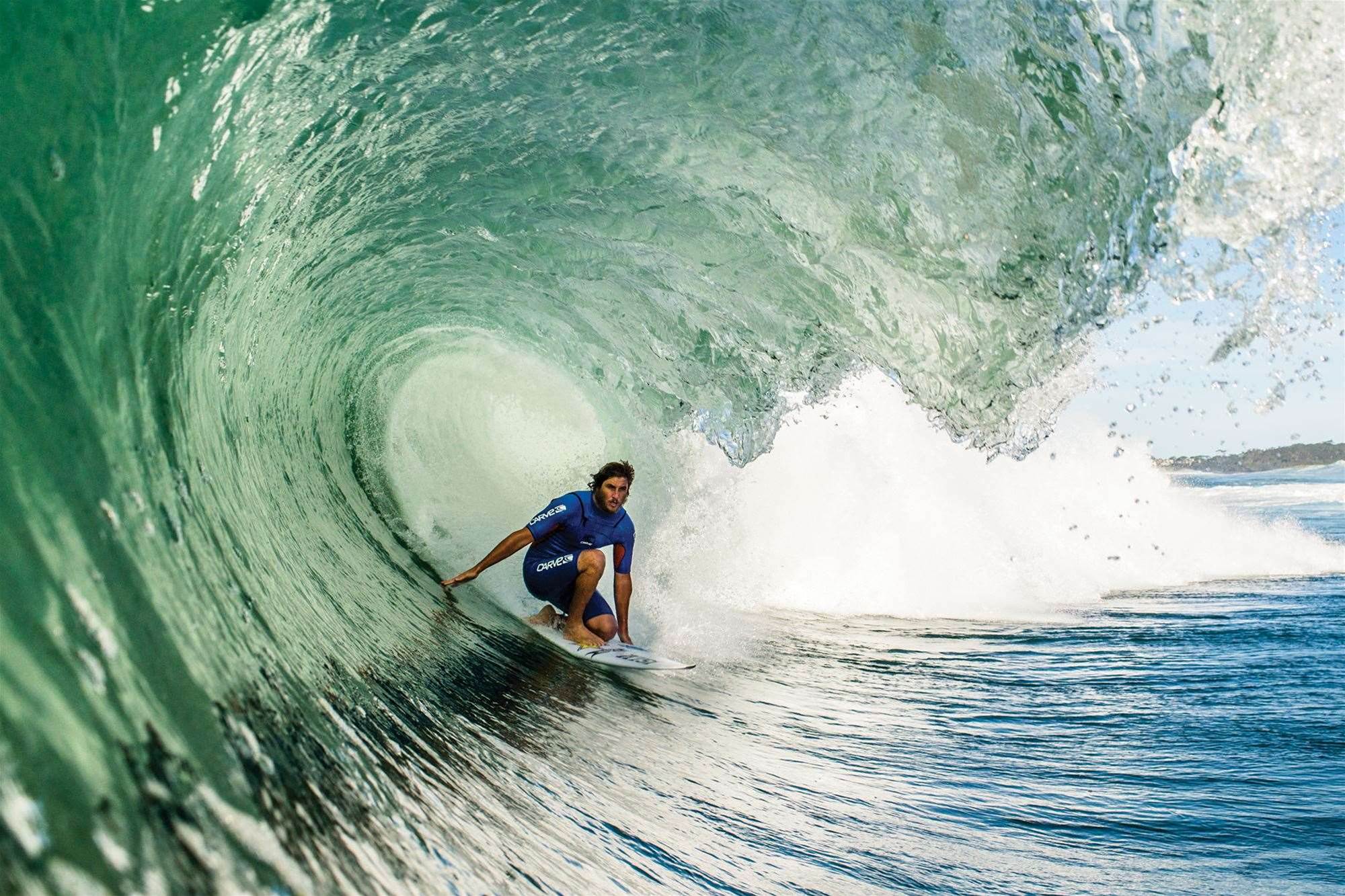 Clay Marzo & The East Coast Low - It's 4:30 in the afternoon when I jump in the car. Taking a few calming breaths, I prepare for my inevitable battle with Sydney's peak hour traffic. I turn the key and spark the engine to life, setting off to join the human soup currently oozing through the tar-laden arteries of the city. To make matters worse a freakish low-pressure system has just unleashed hell on Sydney. It's pissing down and windy enough to blow a Tasmanian off his sister. The system is now spinning its way south and I am chasing the massive northeast swell left in its wake. Well, that and a certain goofy-footed Hawaiian who has just flown in to ride it.

By chance, Clay Marzo is on his way from Maui to West Oz for his annual Australian walkabout when he gets wind of the swell hitting the East Coast. Keen to see what the fuss is about he has decided a two-day stopover on NSW's reef littered southern coastline is in order. 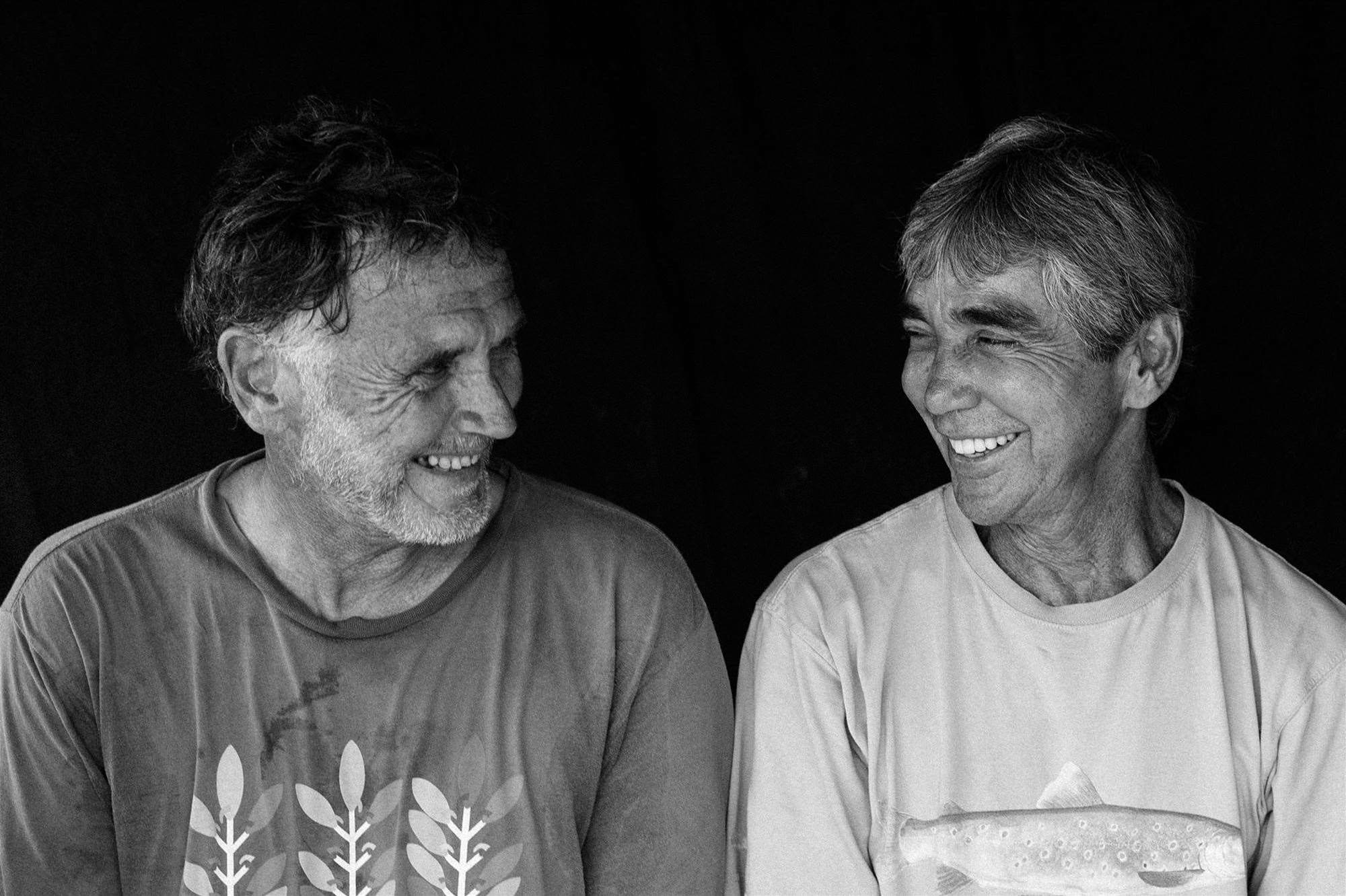 Masterclass - Wayne Lynch arrives the night the swell leaves. It’s been pumping for weeks. Six-foot yesterday. Ten foot the day before. Surfers are nursing injuries and replacing boards, cross-eyed with surf. Wayne arises in the dark, descends the private staircase and paddles out through a reef corridor. Already a crowd is swarming The Peak. He strokes away from them, due south. Past the cliff the reef becomes fractured, the waves less perfect but eventually they’re to Lynch’s tastes: empty. Finally, he’s alone with the cliffs and the sea. The swell is weak and infrequent but the water warm and clear. Looking up you can glimpse the morning sun glinting off the Uluwatu Sea Temple. Wayne Lynch rides a wave. It’s his first on the Bukit in 43 years. He swore he’d never return to the island that upended his life, that twice nearly killed him. But here he is.

“What happened to me completely changed my life. I went from being a free man, going to Bali - loved the culture, loved the waves - it was all a world to be discovered. I would have kept coming back. I’d heard about G-land. I’d seen Padang from the plane. Something so fantastic turned into a nightmare. It took me years to get over it,” he’ll reflect later in the week.

Gerry Lopez is here too. Gerry arrives early. He doesn’t change his ticket to intersect the swell. He turns up and the swell is waiting. Like it was last year. Like it was all those years in the middle 70s. Perfect surf and Gerry Lopez. Peaches and cream. It’s tempting to believe the ocean bends to his will. He is, after all, a shaman-like figure - surf yogi, style icon, guru shaper, Pipe Master. But that would be a disservice to the ancient practice to which Lopez will shortly be a 50-year devotee. There is no magic to yoga – only discipline, focus and knees around the ears. Lots of knees and around the ears. 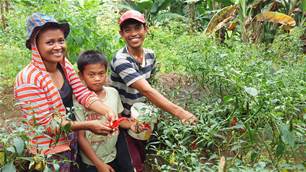