Yep, there were big crowds at Bondi.

On a windswept night the people piled in to Bondi's Bucket List to see the surf movie that takes you around Australia - Wanderlust.

After local band, The Coolites, opened the evening with their quintessentially Australian sound, a shoulder to shoulder crowd threw back the free Coronas and let Mikey Wright and Louie Hynd take them on a journey from North Coast points, through forbidden southern lands and across scorched earth tracks to the wild west coast.

It was an old school, hoot, holler and yell kind of premiere, with a few of the film's classic random characters also inspiring laugh out loud moments.

When the curtains closed on the movie they screamed for more so the two funnest bands in Aus' , Borneo and Newman, played on. Even Louie Hynd and his fabulous hair grabbed the mike and sung a song that was fittingly titled Curly Whirly. And so it was that Wanderlust raged into the night as if the journey might never end.

If you feel like you missed out there's one more major premiere at The Piggery in Byron, next Friday night. If you can't make it to the premiere pick up a copy of the film in the January issue of Tracks on sale this month. 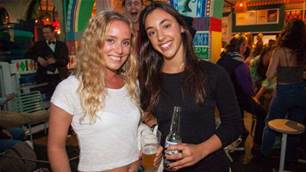 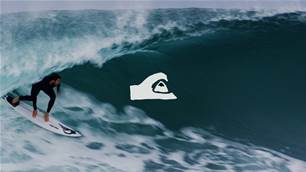 Watch: Mikey Wright is Back!