Sifting through the archives for priceless frames with celebrated photographer, Dean Wilmot.

As you can imagine the Tracks archive room is a treasure trove of surfing history and iconic imagery. The bounty includes all 600-odd issues of Tracks (includes special editions), cabinets stacked with timeless black and white prints, and endless trays of twinkling film slides.

When lauded photographer Dean Wilmot heard a whisper that we might be relocating the Tracks archive room, he got in touch. Deano was eager to hunt down some of the film slides that had run in Tracks between the late 80s and early 90s when he was one of the most prolific surf lensmen on the planet. 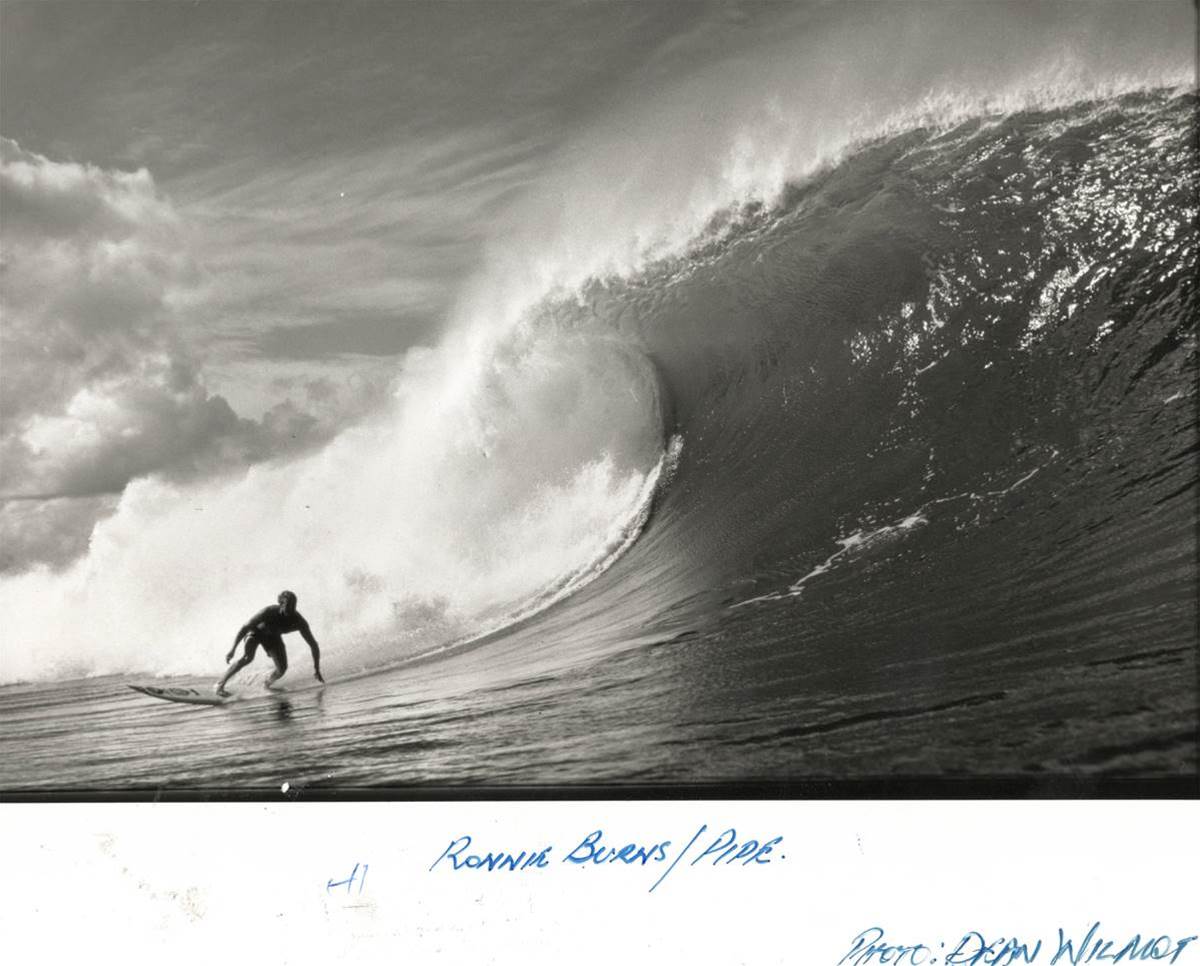 The late Ronnie Burns swinging off the bottom at Pipe. Photo: Dean Wilmot

Deano blasted onto the scene as a 17-year old photographic prodigy when he nailed a cover of Pottz at Whale Beach in 1987. He remembers he was surfing out at Whaley with a mate when he saw Pottz swaggering down the beach with a brightly sprayed Blue Hawaii under his wing. “I sprinted back to my car and grabbed my camera gear and tripod and quickly set up… It was a beautiful day and on the very first wave Pottz just comes driving off the bottom and smashes this big backside air which was unheard of at the time.” 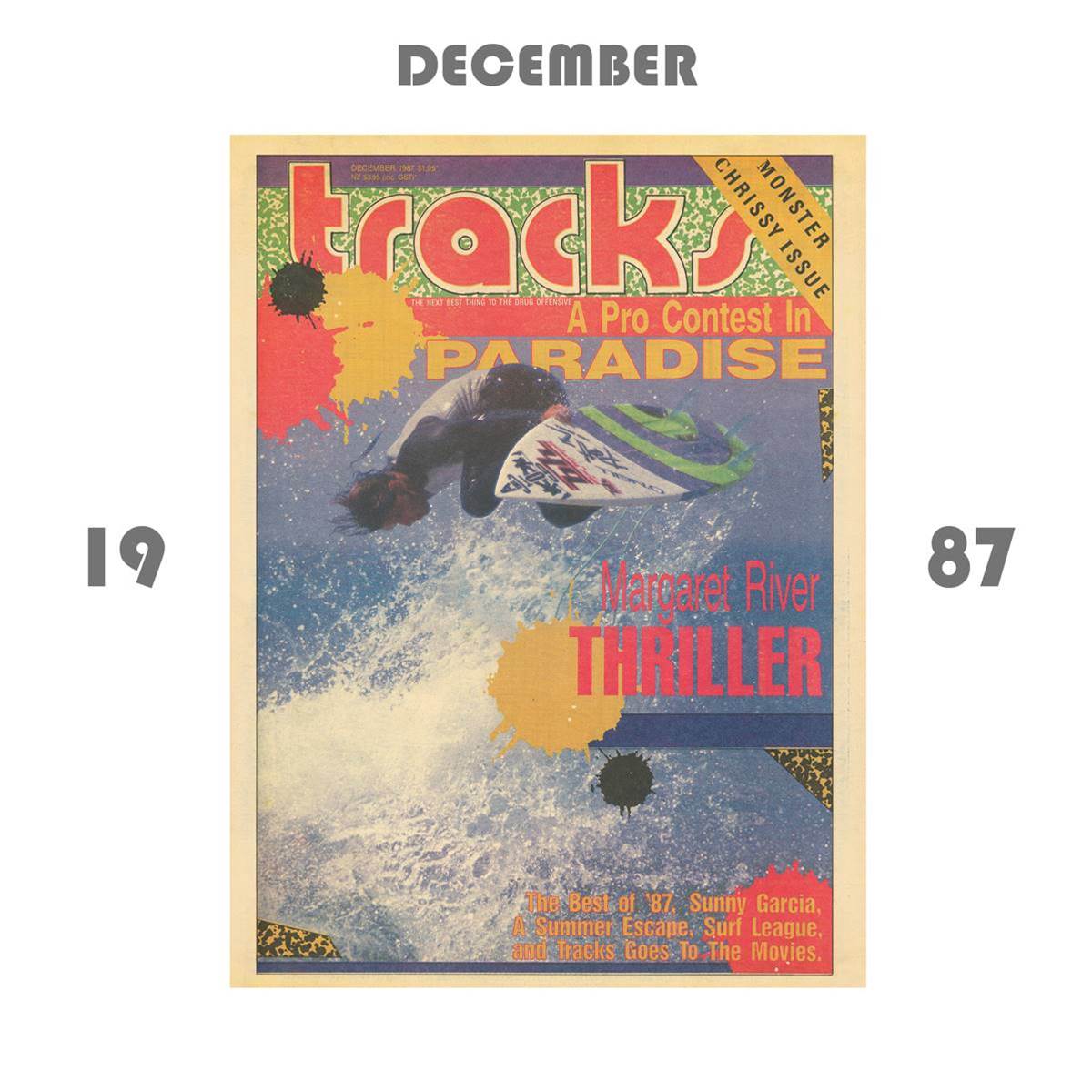 It was two years before Pottz channeled all that raw energy into a world-title winning formula and at the time he was leading the charge beyond the lip. “As I remember it, no one was coming close to doing anything like that at the time,” recalls Deano. “Especially on your backhand, a big table-top backside air like what you would do on a skate park.”

The photo ran on the December 1987 cover. Shots of aerial surfing were still a rarity and Pottz had a huge following. The combination of elements made the issue one of Tracks' all-time best sellers. 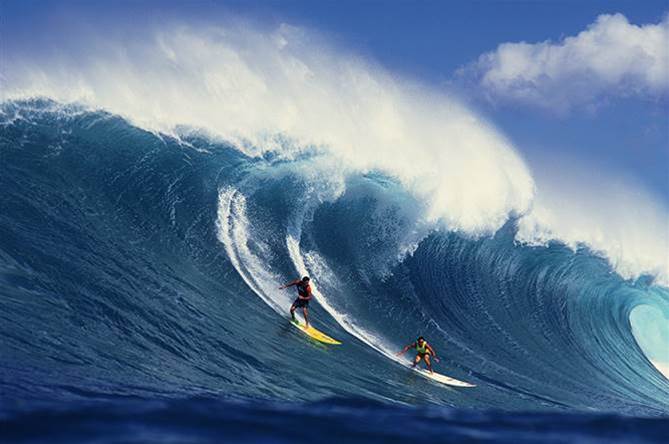 Pottz’s backside boost invariably helped Deano launch his photographic career. He became a regular Tracks contributor and also secured a Cadetship at the Sydney Morning Herald. Throughout the 90s he was recognised by mag editors and his cameramen peers as one of the best water photographers in the game. Along the way, he racked up numerous covers for Tracks and Waves and, in a pre-digital era, emerged as a surf industry pioneer for methods in high-speed photo processing. Dean Wilmot holding up the film slides that would later be converted into double-page spreads for Tracks.

As we dug around in the archives it was his old film slides that Deano was most interested in finding. Of all the treasures in what is affectionately known as the 'Tracks Vault', perhaps the slides hold the most mystique. Pre-dating the modern era where digital imagery expands exponentially on a daily basis, these are finite, postage-stamp-sized windows to surfing’s halcyon past.

Fortunately, Deano managed to unearth a few of his favourite slides. A big, split-watermelon grin creased his face when he came across a water-shot of empty Pipe on a clean, eight-to-ten foot morning. Squinting through the slide the luminous green barrel had an instantly hypnotic quality – a tiny window into surfing’s most famous tube.

While searching for Dean’s slides we also stumbled across other priceless fragments of Tracks history, like the one featured below - a slide of Albe Falzon’s fabled image of Michael Peterson. The same one that appeared on the Feb 1972 cover of Tracks. For an afternoon Deano and I got completely lost in the archives, experiencing everything from jaw-dropping amazement to side-splitting laughter at the images we came across.

Always ahead of the curve, Deano adapted to the digital revolution in imagery in the early 2000’s and became a guru in high-end Real Estate photography. However, these days he’s happy working as a paramedic, a career move partly inspired by a day at Pipe in the mid-90s when he dragged pro surfer Courtney Gray from the water and saved his life. 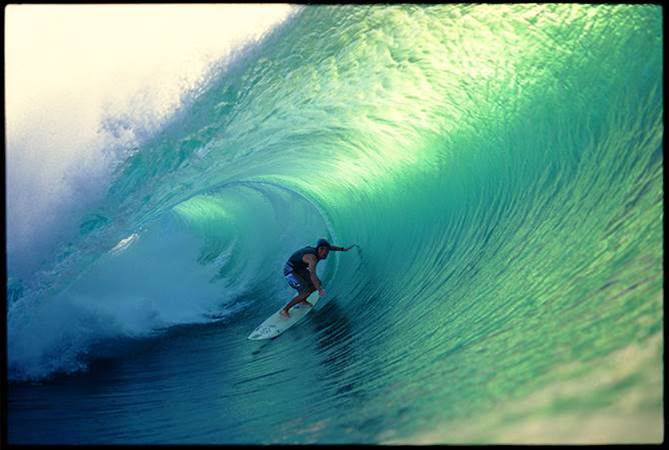 When he’s not roaming in the ambulance attending to emergencies you will find Deano on the Northern Beaches, riding his quiver of Terry Fitzgerald Hot Buttered boards, or jogging the beach at Narrabeen. Now in his early 50s, he still boasts the wiry frame of a life-long surfer and swimmer. The good news for mag editors is that he’s recently picked up a camera and is eager to start shooting surfing again.

As Deano and I parted company, my brain was still fizzing with the sensory overload brought on by flicking through all those iconic images. Deano flashed his goofy grin and thanked me for the opportunity to hunt down his lost bounty of slides. And in that instant, it dawned on me that perhaps the photographers, that brilliant, often-eccentric, wave-crazed bunch, are the real surfing treasures. 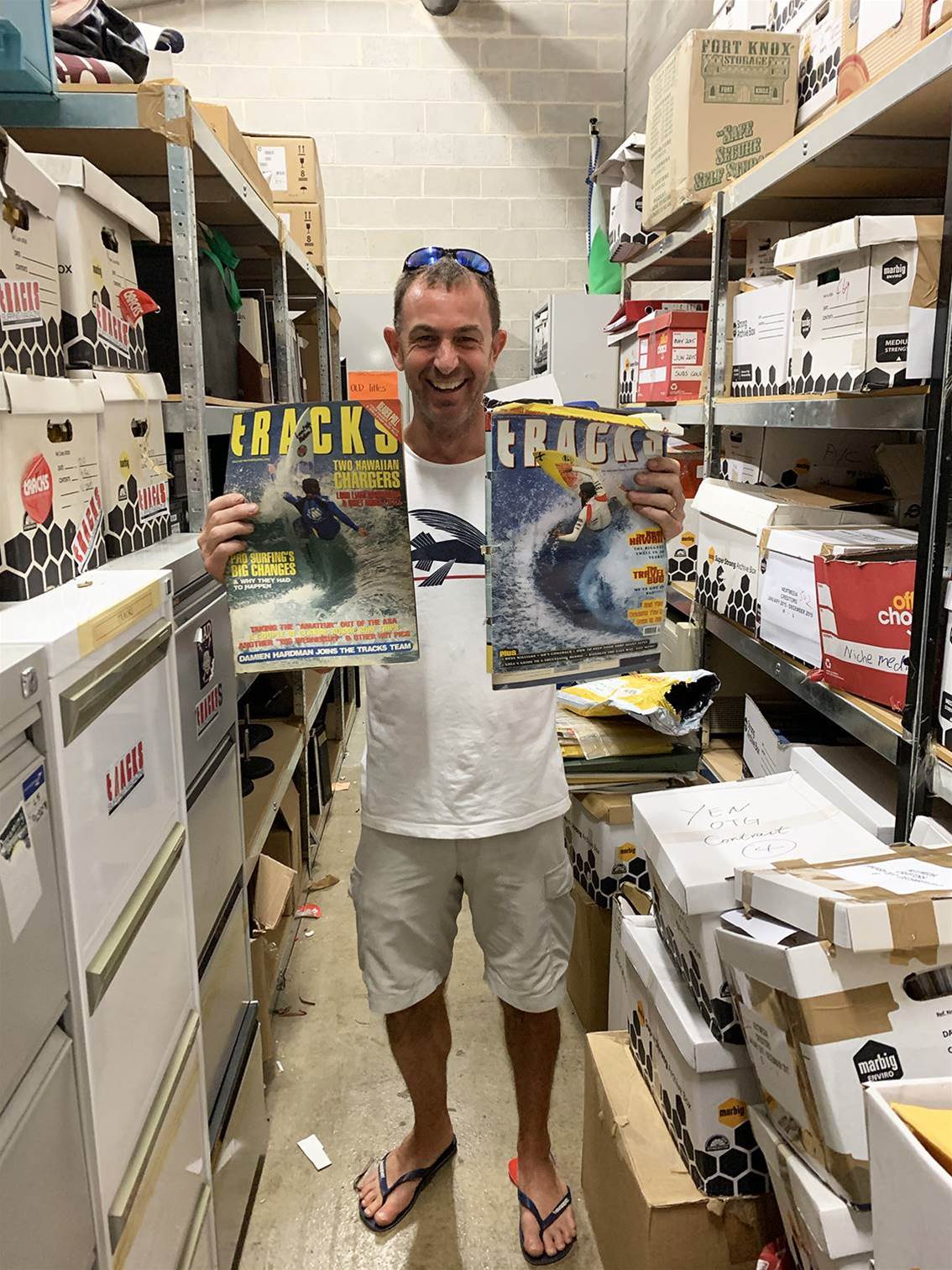 Dean Wilmot holding two of his Tracks covers from the 90s.