But is it a hollow victory for one of the world’s best barrel riders?

The world of surfing shakes its collective head slightly at the perceived inequity of it all, as the 20-year-old wins at heaving Padang Padang.

There are two types of surfers underneath it all. Those that enjoy gliding along waves for fun, and those that surf for the excitement, and for the adrenalin rush. Some people just freeze up when a four-footer heads for them, and others just paddle for anything, thirty foot and more, without any concept of fear whatsoever.

Those are the two extremes, and there are obviously a number of options in between. However, if these two surfers develop all the way along their respective surfing trajectories, one type becomes the beach break magician, able to do the tricks and flips and mctwists and shuvits and above-the-lip kick-flips. A Zolton Torkos, if you must.

The other surfer finds himself under the lip of mountains, gamely swinging around on an ungainly 9’6, flying from the sky in the hope that one or two of the four fins will attach to the ocean and guide him or her to the relative safety of the channel.

Somewhere in between however, is the surfer that simply thrives on juice. There is the surfer that likes to take chances and undertake all sorts of bravery acts. This is the surfer who wants to surf the most challenging waves on the planet, but not because of a crazy amount of novelty factors or for mag photos, as so many people who ride the crazy slabs crave. They are driven by something much more intrinsic. Although not necessarily driven primarily by competition, this is the surfer who is most dangerous in contests that can seriously hurt.

Imagine if you were really impressive at venues like Snapper, Rio, Lowers (RIP) and, say, the beach breaks of France? Imagine that you could win heats and do well at events at those four locations.

Or imagine instead that you were the surfer who can dominate at Pipeline, North Point, The Box and Padang Padang, and that your skill set improved the bigger the waves got?

Jack Robinson, currently rated 56th on the WQS, is the surfer who dominates those four breaks. We all know that he is a local legend at North Point and The Box, but Pipeline?

He won the Pipe invitational in 2015. 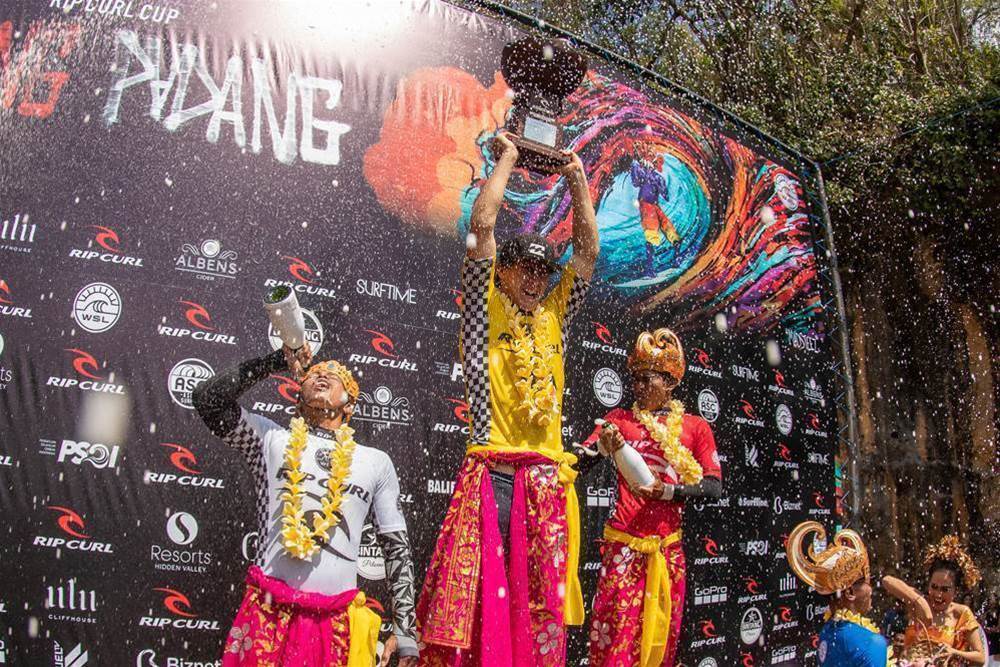 Jack Robinson enjoying the spoils of a well-deserved victory in the Rip Curl Cup, at Padang Padang yesterday. Photo: Lawrence

“It was worth the wait,” said the young Western Australian Robinson of hanging around to finally surf the event. “This is one of the best contests all year and one of my Top 3 for sure. It might not be a QS or a CT, but it’s against the best guys at one of the best waves.”

“This was the best waves I’ve seen at Padang since Jamie O’Brien won it back in 2009,” said Robinson, a regular visitor to Bali during Rip Curl Cup season. “I was a little kid watching it then and I always wanted to be in it from that day on. Jamie was a big influence.”

With no chance of a CT berth, little to no chance of a QS berth, no sponsors lining up at his door to be turned away by dad, Trevor, yet with enough skill and talent to be firmly entrenched in the CT top ten, what happens to someone like Jack Robinson?