Sources close to Owen Wright recently suggested that the WCT goofy-footer has a big crush on Melbourne’s URBNSURF wave pool. Apparently Owen is so enamored with the pool as a tool for training that he has locked in a chunk of sessions in the lead up to this year’s WCT.

When we reached out to Owen for a comment on the Lagoon, as they like to call it, it was his 30th birthday and he was celebrating. However, Owen did get back to us with a singular statement of glowing endorsement, “My 30th today but yes the pool is excellent,” he told us via Insta message.

C.E.O of surfing Victoria, Adam Robertson, was also full of praise for the Melbourne facility. In addition to his celebrated pro surfing career, Robertson also has a solid coaching resume (Slater has been known to tap him for board advice) and his current role involves working extensively with Victoria’s best surfers. 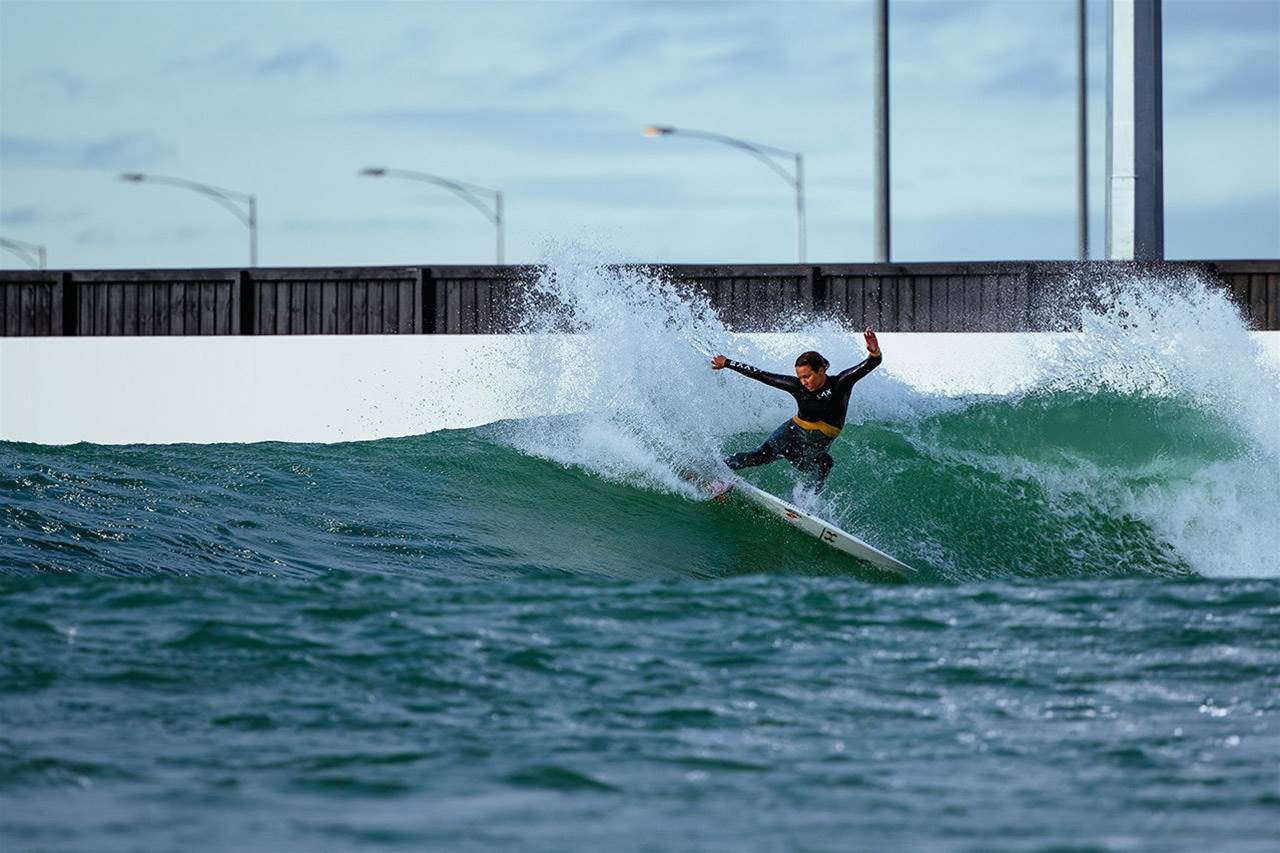 When asked if URBNSURF can improve the performance of both aspiring pro surfers and those already at the elite level, Robertson’s response was emphatic. “100 % definitely, having seen what you can do and how fast it happens. As an example, I watched a young Victorian surfer by the name of Willis Droomer learn how to backhand tube ride in about two hours.”

Robbo points out that in Willis’s case the real leap in performance involved going from simply riding the tube to actually surfing it, which involves a much more sophisticated set of skills.

In general, Victorian surfers have never enjoyed the same level of media attention or hype as their northern peers, and have also struggled to clutch the upper rungs of competitive surfing. While Robbo admits he is still working out how best to utilise the pool as a coaching facility he believes it presents a major opportunity for Aus surfing. “I think it will speed up how much better a surfer can get. Australian surfers, and in particular Victorian surfers, will benefit from that.” 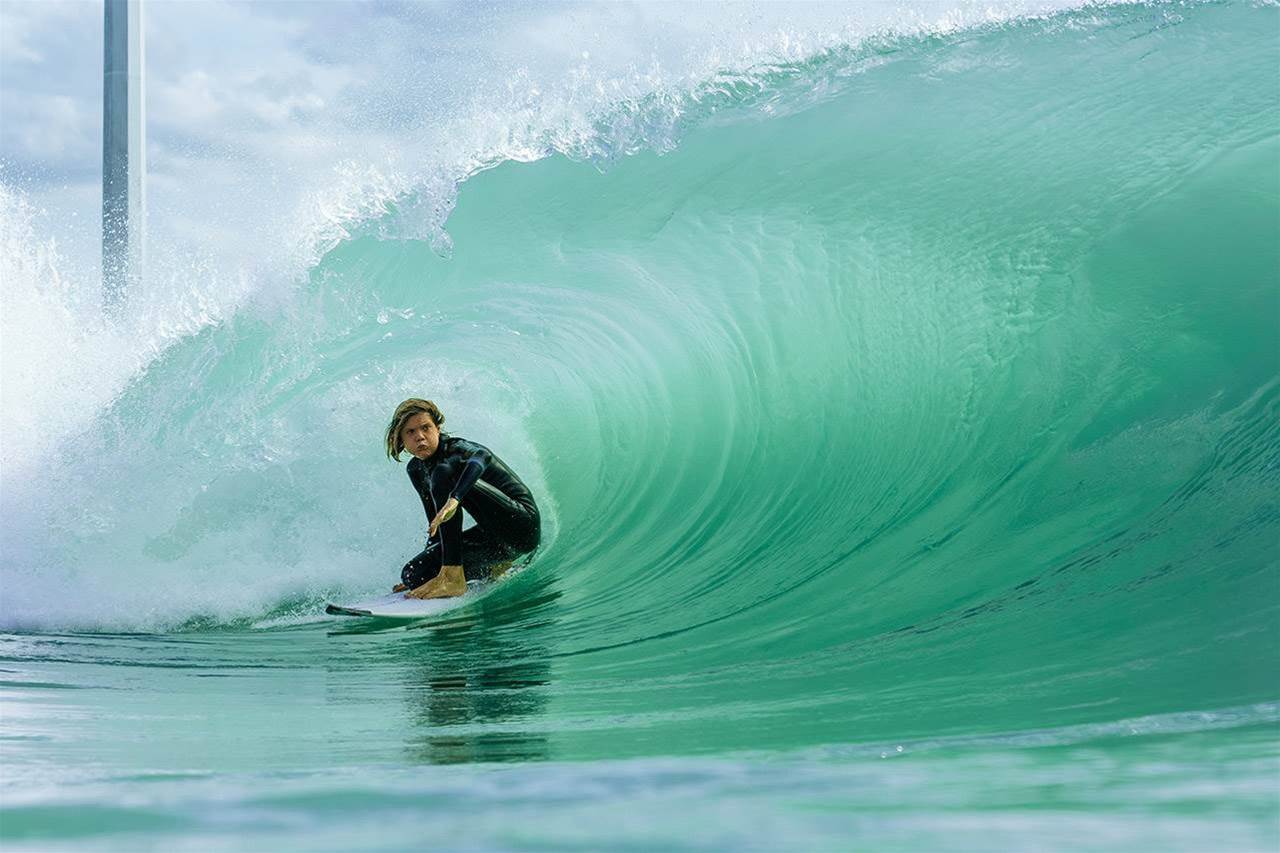 It’s not clear how much free access the WCT or WQS surfers have to the Surf Ranch, however it seems to run like a private country club for Kelly and his tightest pals. Lemoore is also a long way from Australia. If you do want to hire it out, it’s reportedly $US 50 000 a day. That’s a WQS surfer’s annual travel budget blown in a single, Ranch binge.

Meanwhile, at Aus $79 a session and only a stretched leggie away from Melbourne airport, the URBNSURF facility is a much better proposition for any pro surfer looking to embrace the irrefutable performance-enhancing impact of repetition.

Queensland and Northern NSW have been plagued by the Nor’ Easter all summer. Any Gold Coast Pro who felt his or her frontside fin-waft was getting a little rusty would be inclined to hop a plane to Melbourne and surf themselves into the ground. By all reports, a full day of surfing at the URBNSURF pool will have you reaching for the electrolytes and the massage table.

Adam Robertson pointed out that simply the sheer volume of waves caught at the pool is a major factor in improving performance. “The other day I was getting a wave every three minutes for two hours, I don’t get that anywhere else. ” 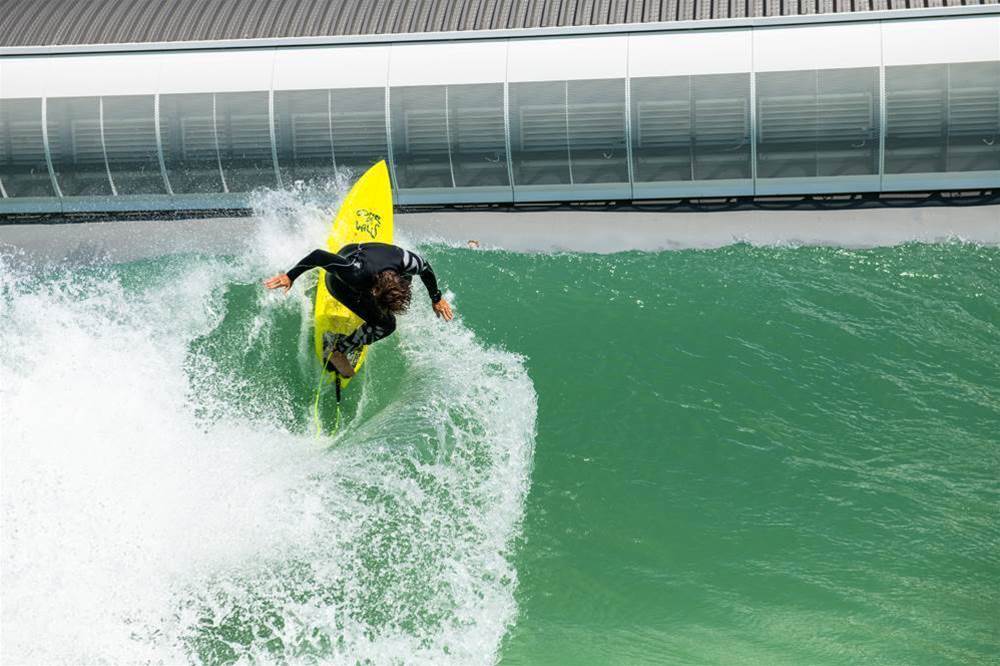 WSL General Manager, Andrew Stark, has been spearheading a bid to get a KS wave-pool built at West Coolum on the Sunshine Coast, but in the short term it’s the URBNSURF set-up that may be the secret weapon for Oz pros. Kelly’s pool changed surfing forever, but by virtue of its accessibility to a large volume of professional surfers, the URBNSURF lagoon arguably has a greater capacity to shape the surfing we see on tour. Time will tell, but right now Oz surfing needs all the help it can get to ensure there is an Australian contender for the men's world title.