How a second-hand board turned me into an art collector

Like many of us on the eternal quest for surfboard solutions to a lack of talent, I’ve accumulated my fair share of foam and fibreglass over the years. However, having too much choice can cause major confusion or cost you a relationship, so any full-time board-buying junkie also has to be a part-time salesman. While the on-line marketplaces have created an effective, click-button surfboard economy, I still prefer an old-fashioned second-hand hustle, as in casually let a mate or acquaintance know that you are moving merch’ and invite them over to check out the goods. Most of the time I’m happy to operate a try before you buy policy, then it’s up to them to make me an offer. Now, some of the modern kids are quite enterprising with their bartering tactics, which makes the process all the more entertaining.

When a recent transaction was in the works with Roman Giuffre he made a rather novel proposition. Rather than diminish his cash supply for the board he offered to create an original art piece. I was well aware that Roman had just spent a few paint-splattered years at the  National Art School and was no novice. I admired the pluck and hustle he showed to broker such a deal and also figured it was time my walls were adorned with something other than surf photos.

Once the exchange was agreed upon, Roman suggested that it would be best to provide him with a photo that could serve as inspiration for the piece. Aware that he intended to take a more abstract approach, I suggested I knew exactly which image might work and plundered some old files for a photo by Al Mackinnon. The shot (see below) is a wondrous arrangement of land, sea and sky, with so many different bands of striking colours. 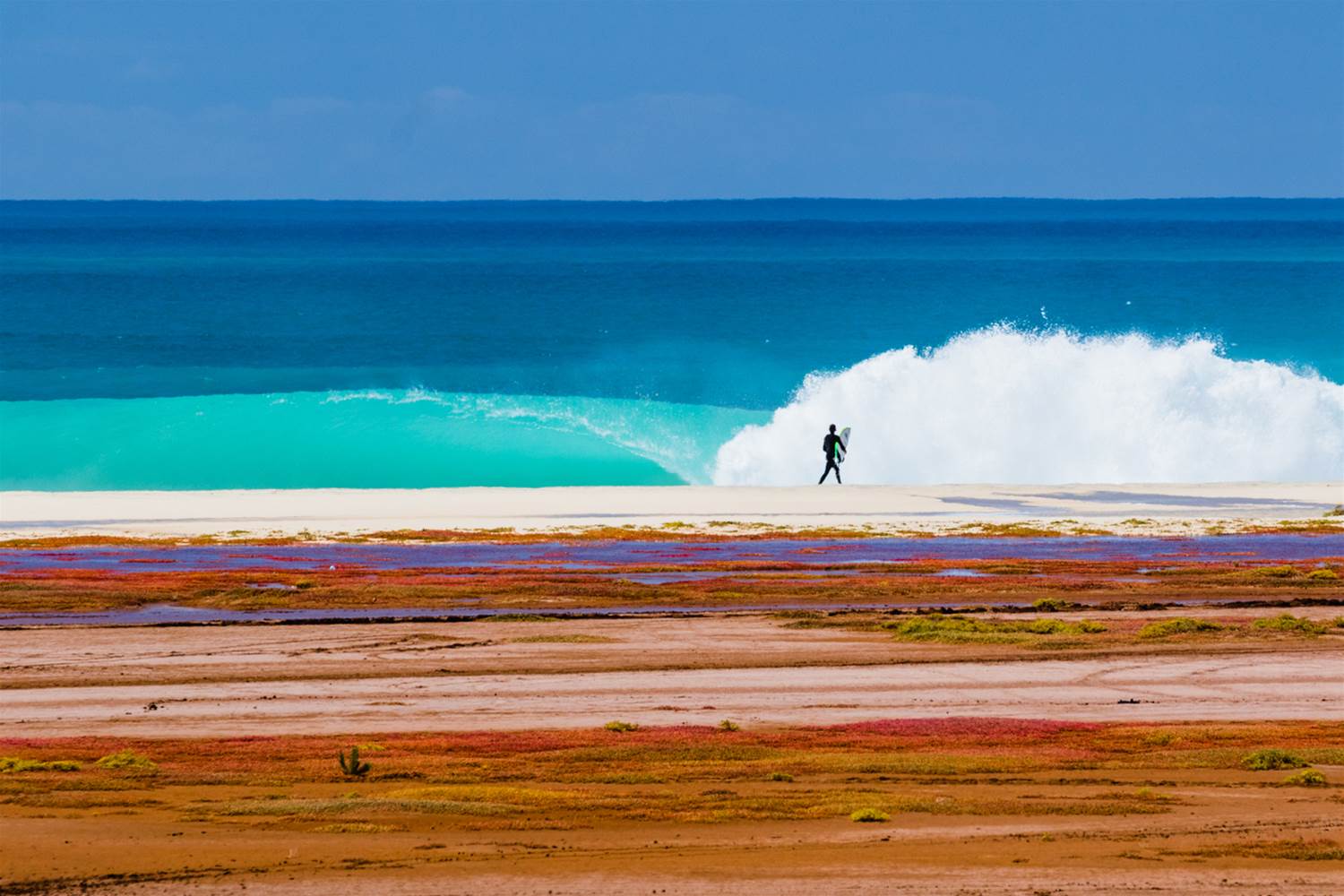 Fortunately Roman loved the board he bartered for; tragically he snapped it after a few rides. However, he still made good on the deal and a couple of weeks later showed up with an original artwork. The acrylic on perspex piece now hangs proudly on my bedroom wall, adjacent to a surfboard rack, where it provides a perfect complement to the variously shaped and coloured wave craft. 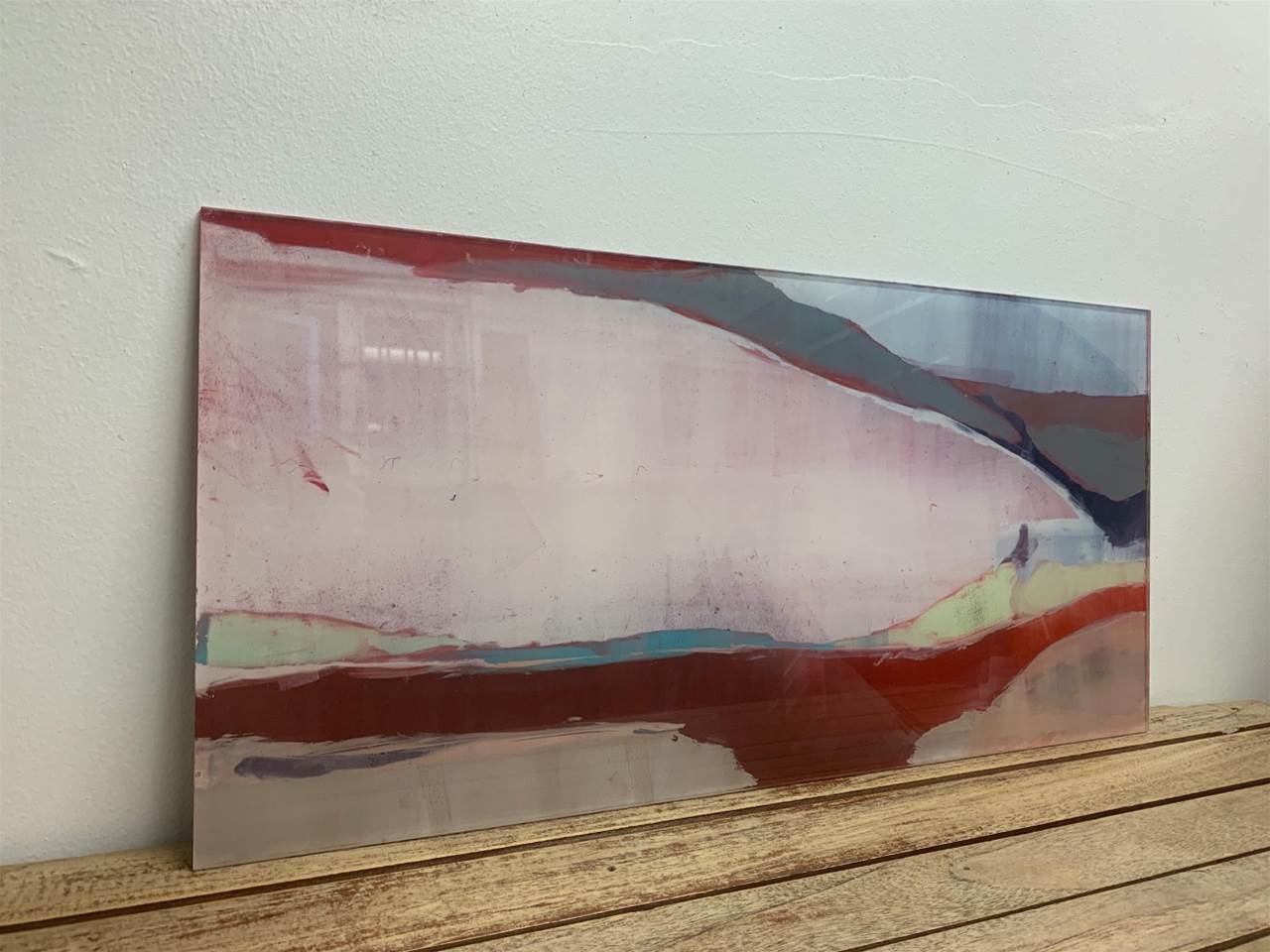 The artwork before it went up on the wall.

When quizzed, Roman had a pretty succinct description for his artistic approach.

“I would say my art could be described simply as studies of shape, colour and form… I pull compositions from my environments that catch my eye and try to distil them until they work as a resolved image.” 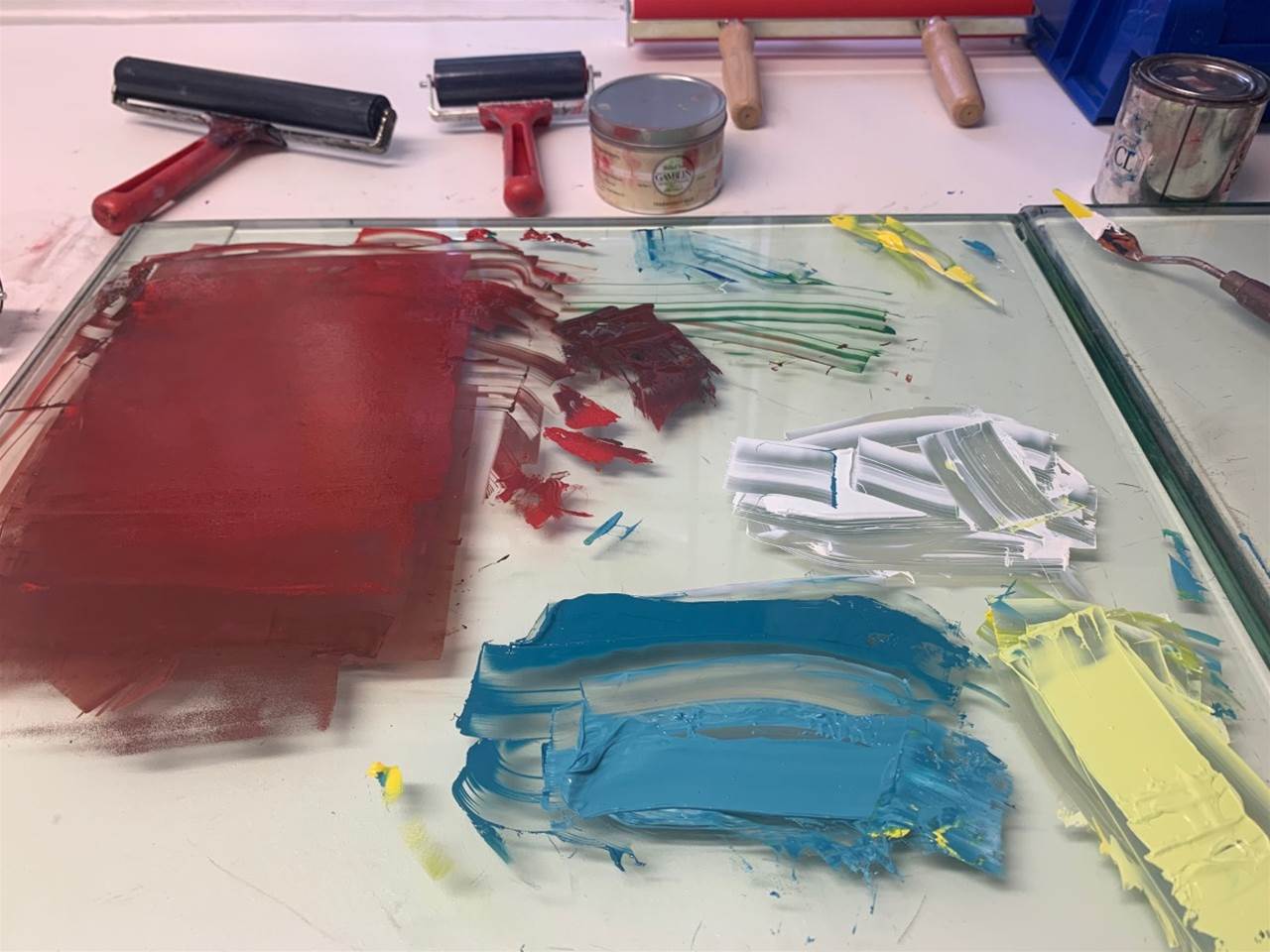 Tools of the trade.

In terms of the process, in this instance, Roman took inspiration from the centuries-old printmaking method of the ‘monotype’. He tells me this involves taking an inked acrylic or metal plate and pressing it into paper to create an image. However, Roman’s Perspex bases provided a distinctive twist on the ancient approach. “I preferred the inked plate itself as the art object, rather than the printed image. I began to develop this and found that it allowed me a great deal of freedom.” You can see more of Roman’s work here. 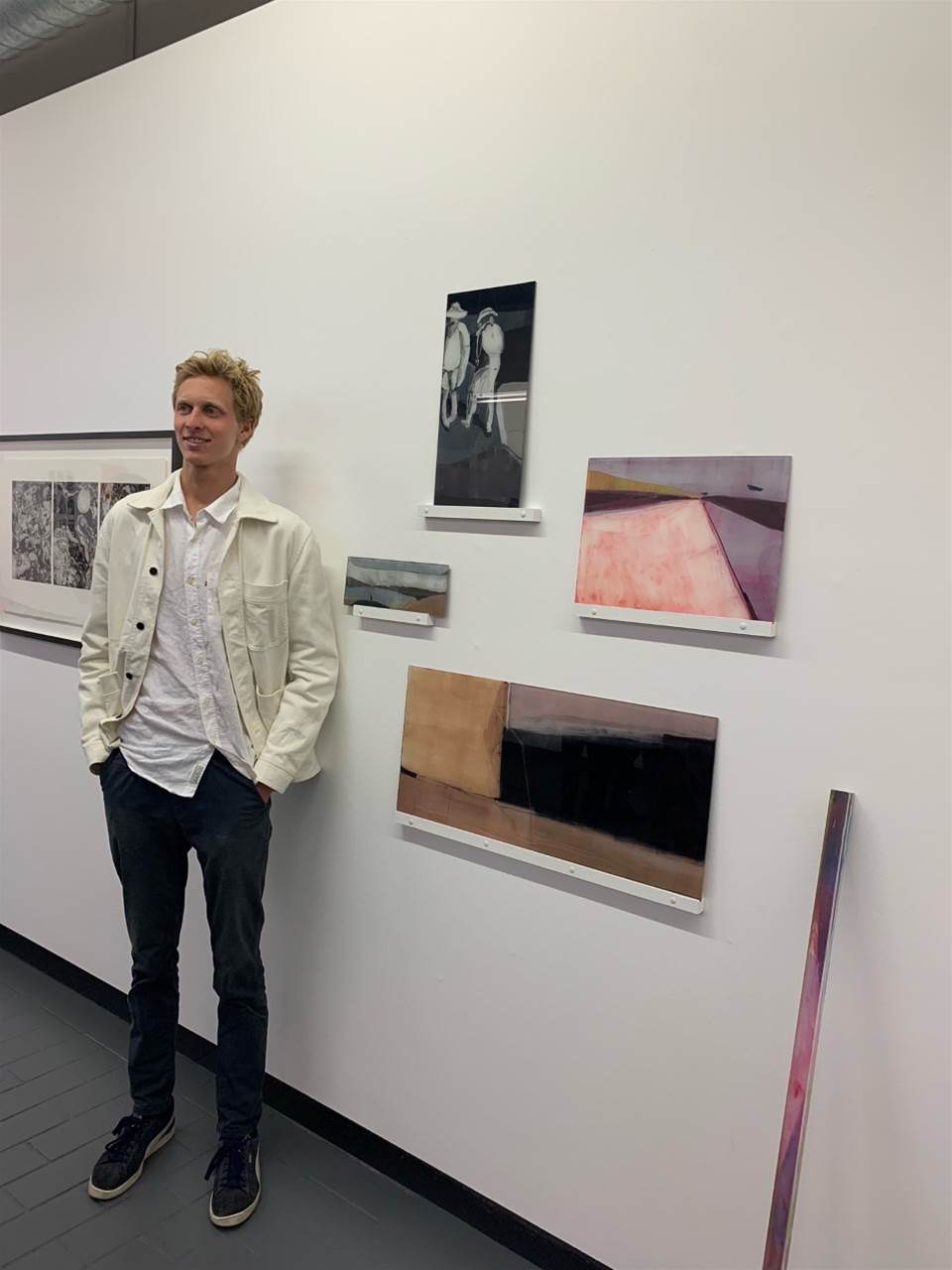 Roman alongside some of his work.

So, as I suggested, e-commerce certainly has its place in facilitating the high-volume turnover of used surfboards for those who dream of a better ride, but don’t forget there are still other ways to hustle a deal. Sometimes the old-fashioned bartering system is way more fun and produces more interesting results than a wad of cash or an electronic transfer.